La Ruta: Valencia’s Hidden Underground, Coming to the Surface
Silver Synthetic play May 19th at LOCO CLUB! Exclusive interview…
‘BRYAN ADAMS’ PLAYS IN VALENCIA THIS SUMMER ON JULY 19th!
STRAWBERRY EXPLOSION! By Helen Westwater ‘La Ola Fresca’
THE BASILICA OF SAN LORENZO IN ROME OPENS ITS DOORS TO THE CULTURAL ASSOCIATION OF THE WAY OF THE HOLY GRAIL 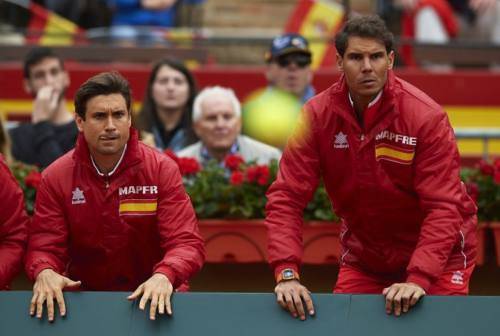 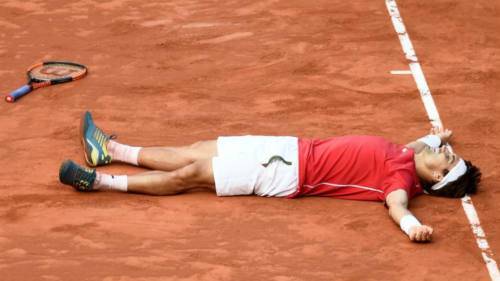 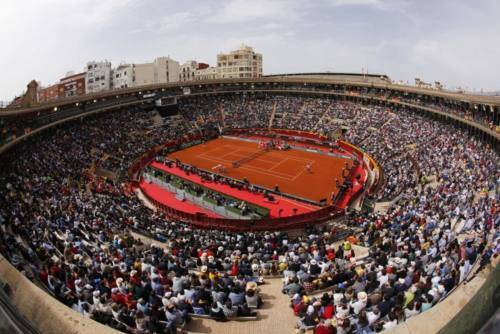 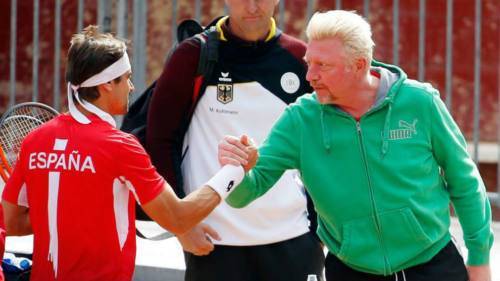 
On paper everything seemed to point to a routine win for Spain in their quarter-final encounter with Germany. As hosts, and playing on clay they had not been defeated in the Davis Cup this century. You had to go back to April 1999 and a contest with Brazil in Lerida to find a Spanish loss on home soil.

The venue should also have an impact. The Plaza de Toros converted from a bullring for the weekend would surely be filled with a baying partisan crowd, demanding total commitment in order to keep their white handkerchiefs in their pockets.

Then there was the small matter of the return of the World Number One Rafa Nadal to the Spanish set up. With 22 singles and doubles victories already in the bag, he only needed to win his first match of the tie to break the current Davis Cup record for most consecutive victories. Surely, Rafa would guarantee two of the required three points.

The unrelated Lopez boys (Feliciano from Toledo and Marc from Barcelona) were also heavy favourites with the bookmakers to gave Spain a doubles victory, and the decision to play Javea born David Ferrer as the back-up singles to Nadal seemed like an inspired choice by team captain Sergi Bruguera.

Confidence was high in the Spanish camp at the pre-match press conference in the wonderful Salon de Cristal (inside the Plaza de Ayuntamiento). Questions naturally focused on the inclusion of Nadal in the Spanish team.

A Spanish reporter wanted to know what Rafa thought of Ronaldo’s overhead goal against Juventus in the Champions League earlier in the week. The German press were far more intense and clearly much more worried. They wanted to know about his injury and how close to 100 % fit he was.

Rafa’s response gave nothing away : “ I am not very good at Maths so I don’t know about percentages but I am here to play. I don’t know if it will be good or bad but the practice has been good.”

Day One of the tie itself saw the German number One Alexander Zverev drawn to play local favourite David Ferrer. Zverev was undoubtedly Germany’s main threat. Born in Hamburg, he has a strong tennis pedigree. His mother and father and brother are all former or current professional tennis players. Currently ranked number four in the World and only twenty, he his tipped my many to go to the top of the perch within the next few years. Ferrer served first and was immediately broke. An ominous start. To his credit, he immediately broke back. However, parity was short lived as Zverev broke again in the fifth game and went on to win the set comfortably 6-4.

Again, Ferrer’s serve was broke in the initial game of the second set. Zverev raced into a three – nil lead and finally took the set 6-2 on his first set point.
For the third consecutive set the Spaniard failed to hold his serve first time round. Realising that Ferrer was struggling with form, the German stepped on the gas and cruised through the set 6-2 to give first blood to Germany.

Next on court was Rafa whose opponent was Philipp Kohlschreiber, the current World number 34, who hails from Augsburg . This game was as equally one -ided as the first rubber with Nadal, winning in three sets (6-2,6-2,6-3) and consequently surpassing the record for most consecutive victories in Davis Cup matches that had previously been held jointly by Wayne Ferreira of South Africa and Owen Casey of Ireland.

With honours even at the end of day one, the doubles duel usually plays a major role in the outcome of a tie. Marc Lopez, a late call up for the injured Pablo Carreno Busta, was the only play to lose his serve in the opening set as the Germans won it 6-3. The other Spaniard Feliciano lost his serve in the eighth game of the second. Jan – Lennard Struff then confidently finished off the set with some fine serving to put the visitors two up. A regulation break saw the Spaniards then come back onto court fighting hard. With two bands at opposite ends of the stadium playing their hearts out and the crowd urging them on, the hosts clawed their way back into contention by winning the third set on a tie-break (4) and the fourth set 6-3.

The titanic battle seemed to have turned the way of Spain when they had five chances to break Tim Puetz’s serve in game eight with the score at 4-3 to Spain. The Germans hung on doggedly and finally won the game to level the score. Well into the fifth hour of the game Marc Lopez’s serve was broken once again in the eleventh game. It was left to Puetz (who did not drop a service all game) to clinically close the door on a Spanish comeback and give his country a 2-1 lead heading into the final day.

Day three started with the mouth-watering clash between Rafa Nadal (the heir to the throne) and Alexander Zverev (The New Pretender). Current World Number One versus World Number Four. It soon became apparent that the German starlet was not ready to threaten the Davis Cup king and Zverev’s body language by the third set reflected a frustrated and beaten youngster. The straight sets victory (6-1,6-4,6-4) set the tie up nicely for a fifth and deciding rubber between local favourite David Ferrer and Philipp Kohlschreiber.

The contest was an epic encounter, the passion and heart of Ferrer against the steely determination of the German. There was little to choose between the pair and unsurprisingly it went to a tie break in the first set. Rather more surprising was that the Spaniard went five points clear before winning it seven points to one.

The second set was equally tight until Kohlscreiber broke the Spaniard’s serve in game eight. With the wind becoming a major factor, Ferrer broke straight back only to then lose his next service game in increasingly difficult weather conditions. Kohlscreiber seized his chance and won the set with an ace that Ferrer got nowhere near.

Set three was physical and mental torture for both players. A five minute suspension of play midway through game three for thunder and lightning was followed by a flurry of sandstorms across the court that battered into the players faces… as they were trying to execute their shots.

Another tie break followed and luck sided with the Spaniard when on set point a shot from Ferrer clipped the top of the net and died instantly on the German side of the court. Finally, advantage to Spain.

Once again the narrowest of margins separated the two men in set four. At 4-5 down Ferrer tried in vain to stave off two set points for the German. Ironically, it was Kohlscreiber’s turn to get a piece of good fortune when his shot just plonked agonisingly down on the side of Ferrer’s court, after stinging the top of the net and thinking about what to do next.

So, after three days of sublime tennis, we were still no closer to knowing the winner of the contest. Spain took initial control in set five by going two games to the good but by game six the scores were tied again. Ferrer finally got another break to make the score 6-5 in his favour and to at last have the opportunity to win the match for Spain. He completed the victory on his first match point with four hours and 58 minutes on the game clock.

The bullring erupted and Spain had kept their impressive home record intact by the skin of their teeth. Germany had come soooo close to causing an upset. France away now beckons for Spain in the semi-final.

VALENCIA you can be proud of the event you have put on and the way you supported your team. Hopefully, tennis will once again find its way into that majestic setting of Plaza de Toros in the very near future. Until then, the exploits of our local hero David Ferrer will live long in the memory of anyone who was fortunate enough to be part of this remarkable event.