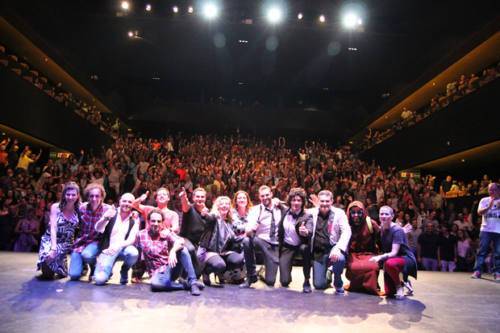 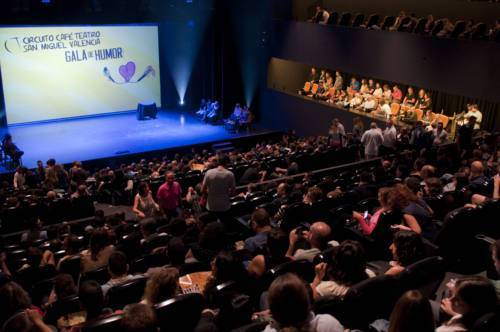 1. What are the the roots of La Rambleta?
That La Rambleta exists, historically speaking, is quite an achievement. It vindicates the efforts by locals of the San Marcelino barrio who, for many years, fought to have a cultural centre here. The month of March 2018 marks the sixth anniversary of La Rambleta, with the satisfaction that it has become a place of peaceful coexistence and a cultural reference point in Valencia. More than 350, 000 people visited La Rambleta in 2017, which reflects its growing success. This is an impressive statistic given that this unique space is not part of the traditional circuit that is found in the centre of Valencia. Rambleta was founded with a mission, to give Valencia a varied & dynamic cultural programme that didn’t exist before. After 6 years, it has achieved its mission. The centre continues to grow as an exciting project and is now very much an established cultural centre for the region.

2. Can you tell us something about your philosophy?
Rambleta shares the same dynamic and non-conformist character as its barrio. It is a cultural gathering point and one open to all sorts of artistic expression, with a firm belief in the local talent that is emerging from our city. It is an independent and multi-use space, which is an impulse for developing its sociocultural diversity.

3. What is the type of public that you attract?
We have a very diverse public due to the sheer variety of our cultural programme. We have theatre in various formats including puppets, mime, spoken word, contemporary theatre and theatre that fuses with dance, arts & technology, opera and ballet. We also have modern dance, comedy, live music and cinema, plastic & visual arts and more. In this sense, our public is as dynamic as our programme. Our prices are accesible to all too…

4. Are there activities for the family?
Yes, a lot! A large part of our daytime programme is for the family. We offer theatre for the family, Aperitivos de Alhambra, live concerts, magic shows, films for all the family and more. Some of the upcoming shows for the family are: ‘Piter Pardo: Familiar show’, a spectacle of interaction with the audience that is full of laughter and magic; ‘The best of Yllana’, which reviews on stage the most entertaining gags of the last 25 years of the company; ‘Rock en familia’, a concert in tribute to the British group Iron Maiden; ‘Rock & kids band’, a journey through the history of rock via its mythical icons and themes (Queen, Rolling Stones, ACDC, Amy Winehouse …); ‘Valencia with the Beatles’, an event where Valencian culture and arts pay homage to the greatest musical group in history, with special prices for children; ‘The fantasy world’, a family musical that covers the best mythical story songs; ‘Michael’s legacy’, a tribute to the king of pop, among many others.

5. Explain to us the vision of La Rambleta in one paragraph…
Rambleta’s programme is committed to the cultural avant-garde, with a multidisciplinary and cutting edge artistic approach that combines entertainment, culture and gastronomy. It accommodates all artistic manifestations: performing arts, music, humour, exhibitions, cinema, creative thought and activities for all ages.

6. Could you recommend to us any events in 2018?
All of them! They all posess quality and each event has something that the public will love, that’s why they have been chosen and included in our programme.
Coming up:in theatre, we have ‘Autobiography of a Yogi’, by El Brujo, a show that makes the enormous power of the human mind visible in a very practical and simple way. It is the new work of Rafael Álvarez, based on the work of the guru who introduced yoga & meditation to the West, Yogananda.
Also, we will have the absolute premiere of ‘Epoppeika’, by Miquel Mateu, a dramatic comedy that places in the same line of action Homer’s odyssey and the border crossing of Spanish immigrants to France, after the postwar period.
We also have ‘E.V.A.’, a dramatic comedy in which four stories by four old schoolmates make us reflect on pain.
Also, Rambleta will host the ‘International Dance Gala’, a unique show with great stars of the Russian Ballet, who perform some of the most beautiful and emblematic ‘Pas de deux’ of classical dance.

Regarding comedy, we will have Agustín Durán, Pantomima Full, Loulogio, Juan Amodeo and Ignatius Farray, among others.

The musical agenda will also have the most faithful tribute to Led Zeppelin with ‘Whole Lotta Band’; and we will have Perro in the ‘Ineludibles’ of Alhambra. We will have Asaf Avidan opening the ‘Serious Fan Music Cycle’; which will also include the flamenco pioneer El Niño de Elche; Rufus T. Firefly; the trumpeter Andrea Motis with the band Joan Chamorro Quartet; and María Arnal and Marcel Bagués, one of the most moving and emotional experiences of our present music scene. We are hosting a new edition of ‘Surforama’, the best rock-surfing festival in the world.

In addition, we will be hosting ‘The Simon & Garfunkel Story’, a musical show about the history of these two young people from Queens, New York, who became the most successful musical duo of all time. It is acclaimed by critics and has seen by more than 250,000 people around the world.

7. Rambleta is somewhat away from the centre of Valencia, can you explain the best way to get there?
I can inform you that when we designed the monthly programme we made sure to always have a map included, explaining how long it takes to get to La Rambleta depending on the mode of your transport. Our team measured the distance from the centre of town by foot, by bicycle, by car and by bus. We realized that we were actually a lot nearer to the centre than we thought. 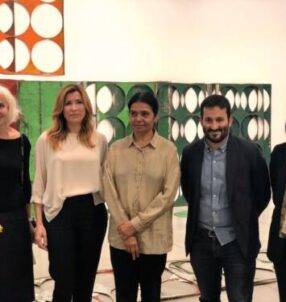