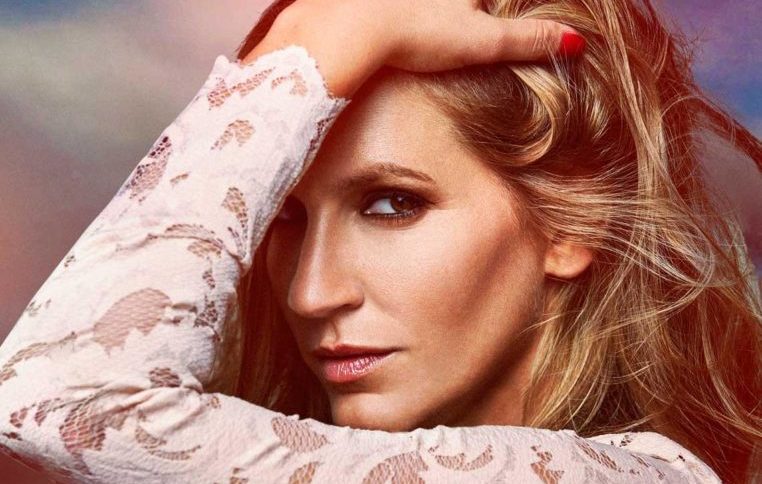 María Toledo is a modern icon in the world of music. She is the first woman, in the history of Flamenco, to sing accompanying herself on the piano. She has become a point of reference both for Flamenco fans and for music lovers in general. With five albums released and an impressive four Latin Grammy nominations, she has a degree in Law and also a degree in Classical Music. At ‘Teatre TALIA’ in Valencia, ‘ MARÍA TOLEDO presents ‘Corazonada’, her fifth studio album, produced by MARÍA TOLEDO. It is an album made up of 13 songs, plus a big band version, composed entirely by MARÍA TOLEDO herself, where she talks about the unexpectedness of love, which appears and disappears when you least expect it…and about affection for her family and more. Her starting point is Flamenco and includes tangos and bulerías, tientos, sevillanas and alegrías.

1. 24/7 VALENCIA: Can you tell us about flamenco singers who have inspired you?
MARÍA TOLEDO: I would say that ‘Camarón de La Isla’ was the artist who best knew how to combine the traditions of flamenco singing with a pioneering approach. If you listen to his albums now, there is a timeless quality to them that reflects his mastery of the genre. I am also a great admirer of ‘La Niña de los Peines’, a singer who was ahead of her time. As a woman and a gypsy, she fought for justice in a society at a time when it was difficult to be accepted and she broke barriers and really helped make flamenco become accepted as an art form…

2. Tell us something about your piano influences…
I studied classical music at a conservatory and Bach and Chopin are composers that have stayed with me, amongst others. In terms of flamenco and jazz, I would include the pianists Chano Domínguez, Chick Corea and Pablo Rubén Maldonado. They are all wonderful musicians. From 2008 to 2020, I lived in Madrid and you can’t help but absorb the jazz scene in clubs like ‘Café Central’ and ‘Café Berlin.’ On my debut album, I was experimenting with some jazz harmonies and on my second album, i worked with Cuban producers & musicians and that album had some Latin-Jazz flavours…

3. From Japan to Puerto Rico, you have toured around the world. What impressions did different countries leave on you?
When I went to Japan I really was impressed by the level of technology of the place, on all levels. At the time, I was too young to appreciate their cuisine and missed Spanish jamón. Nowadays, I love ordering a sushi!

Touring Mexico, I fell in love with the country, the people and the places too. The friendships I made there have stayed with me. Being in Mexico was like falling in love with Spain in some way…I felt at home there.

In Colombia, I was touched to find that there was a fan club there waiting for me. I played a memorable concert in El Teatro Mayor in Bogota. I loved Medellin with ‘La Feria de Flores’…it was beautiful.

Both in Morocco and Israel, I found the connection with the public regarding my music to be the same. In Egypt, I went to the pyramids and was awe-struck by their magnificence…

4. What do you remember of working with legendary Egyptian musician & composer, Hossam Ramzy?
I was very sad to hear that he had passed away not so long ago. What I most admired about him was his concept of rhythm and his cercania to the art of flamenco. He had that rare ability that great musicians possess…the skill in adapting to the sound and feel of a difficult and different genre of music from another country.

5. Can you take us through some of the tracks of your latest album, Corazonada?

Ayudame a reir
I composed this song before the COVID pandemic; it’s a hymn of hope and a call to find the positive in any given situation.

Sobran motivos
It’s a track with the rhythms of a bulería (6/8 and 3/4) as a base. It’s an emotional song about making the mistake of falling for the same person again and again…even though you know it’s not good for you in the long-term.

Mamá
It’s imagining what it must be like to be a pregnant mother and to have something that you love living inside of you.

Mundo de Mentiras
It’s a song asking that we look inside and not be so influenced by the superficiality of life.

Me lo Merezco
It’s a guilt song. There is the repentance of having treated somebody badly in love and accepting that what goes around… comes around. There’s karma there.

Hermana
This is a song for my sister… who has always been there for me. I love her very much.

6. What can we expect from your show at ‘Teatre Talia’ in Valencia on May 2nd?
There will be the collaboration of some falleras and some excellent musicians too. I will be presenting my new album and this woman is really looking forward to singing for the public here. It’s going to be a distinctive show in Valencia! 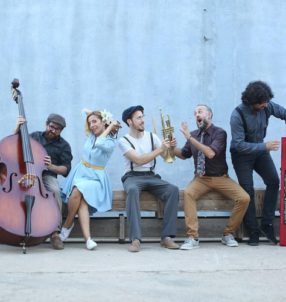