You are here: Home  /  Music  /  INSTRUMENTAL FUSION MUSIC IN VALENCIA ON JUNE 17th AS PART OF THE ‘MIC’ FESTIVAL!
Music 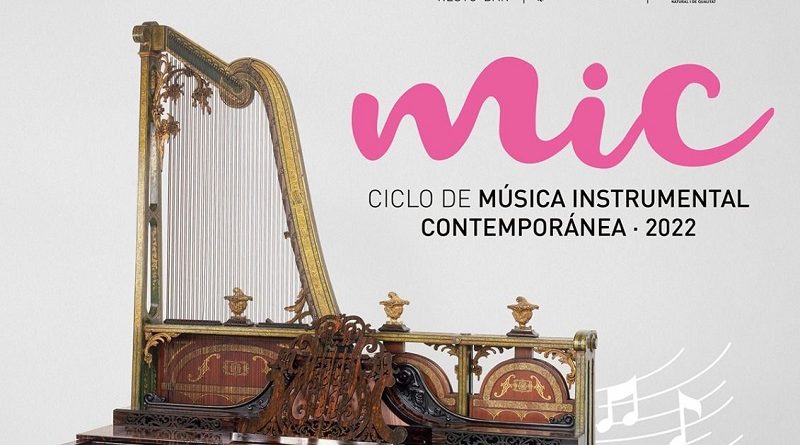 INSTRUMENTAL FUSION MUSIC IN VALENCIA ON JUNE 17th AS PART OF THE ‘MIC’ FESTIVAL!

Arab and Brazilian sounds fuse together at the MIC!

-Arabic sounds and Brazilian popular music come together in the Aromas project, which will be presented on Friday 17 June at 19:00 on the esplanade of the Valencia Public Library as part of the Contemporary Instrumental Music (MIC) cycle.

-Rafinha Barros, Omran Adrah and Sergio Martínez will offer an exceptional fusion in this performance, which is free of charge.

– Rivendel Resto-Bar and the Public Library are organising the MIC series, which began on Friday 3 June and will end on 24 June.

Ancestral Arabic sounds and the popular music of Brazil come together in ‘Aromas’, the musical project, which will be presented on Friday 17 June at 19:00h on the esplanade of the Public Library of València (C. Hospital, 13) as part of the Contemporary Instrumental Music (MIC) cycle.

The duet, created by the Brazilian Rafinha Barros, a bandolim player, and Omran Adrah, originally from Syria and a qanun player, will be joined for this special concert by the percussionist Sergio Martínez to break cultural boundaries and create a unique sound.

The repertoire of Aromas, based on the popular music of Brazil and Arabic music, performed with new arrangements, and the interpretation of their own songs, results in an exceptional fusion where the instruments are the protagonists.

Rafinha Barros, Brazilian multi-instrumentalist, graduated from the conservatory of the city of Tatuí and graduated in music from the Methodist University of Piracicaba, brings a sound reading through the mixture of rhythms and styles of Brazil and the world.

While Omran Adrah, a graduate of the Damascus Conservatory and a graduate in Contemporary Performance at Berklee-Valencia University, shares his roots in Arabic and Turkish music with his knowledge of flamenco, jazz and Western classical music to create his personal stamp.

As a special guest, Aromas will feature musician and master percussionist Sergio Martínez, who has worked with musicians of the stature of Paul Simon and Rocío Molina and the Spanish National Ballet.

Organised by the Library and Rivendell resto-bar, the cycle brings the public closer to different musical styles where the instrument is the undisputed protagonist.

The MIC, which held its first edition in 2017, and which has continued to be held every year without interruption, seeks to give visibility to instrumental music, dance and recover the use of public spaces for the enjoyment of citizens.

The quintet MESTIZando will close the MIC cycle on Friday 24 June with guitars, tres, violin and percussion moving to the rhythm of salsa. A journey through traditional Cuban music that includes bolero, son, rumba, cha cha chá, conga…. From the most classic songs to more contemporary ones.