You are here: Home  /  Music  /  EMIR KUSTURICA & THE NO SMOKING ORCHESTRA LIVE IN VALENCIA ON JULY 5th!
Music 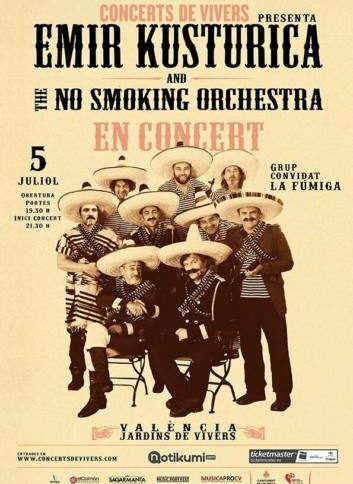 EMIR KUSTURICA & THE NO SMOKING ORCHESTRA LIVE IN VALENCIA ON JULY 5th! 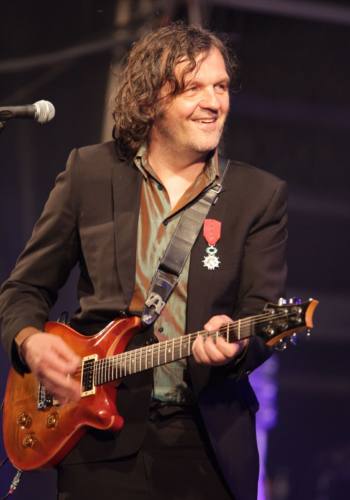 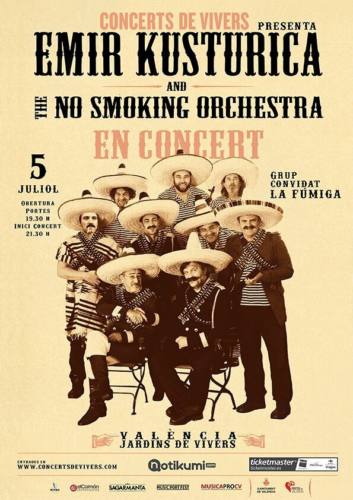 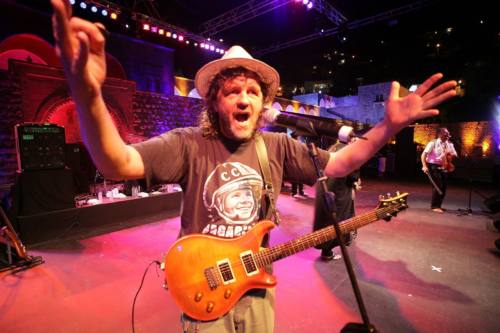 Emir Kusturica will be playing his only concert in Spain in at the Viveros Gardens of Valencia. The show will be held on Thursday, July 5th.

• Accompanied by ‘The No Smoking Orchestra’, this great ambassador of Serbian culture will present the themes of his latest work, ‘Corps Diplomatique‘

• His band will share the stage with the Valencian band La Fúmiga.

17 years after the historic performance offered in Valencia, the film director, singer and guitarist Emir Kusturica will play again in Valencia in a date that will take place on July 5th 2018, within the framework of the Viveros Concerts of the Feria de Valencia. It is the only show that Kusturica will be playing in Spain during the summer.

Kusturica will be accompanied by his band ‘The No Smoking Orchestra’ (accordion, bass, violin, tuba, drums, percussion, sax, trumpet and keyboards) to present the songs of his latest album, ‘Corps Diplomatique’.

The double winner of the Palme d’Or of Cannes, for ‘When Father Was Away on Business’ (1985) and ‘Underground’ (1995), he is considered as the great ambassador of Serbian culture, with a large filmography and great contribution to music with ‘The No Smoking Orchestra.’

Kusturica had a brilliant debut on the big screen. His first two films – ‘Do you remember Dolly Bell?’ (1981) and the aforementioned ‘When Father Was Away on Business Trip’ won awards in Venice and Cannes, respectively. In his third film, ‘Time of the Gypsies’ (1988), the director delved into Romani culture for the first time. That work marked the beginning of the artistic collaboration with the composer Goran Bregovic. Both also worked together on ‘Arizona Dream’(1993) and ‘Underground‘.

These films (and also ‘Black Cat, White Cat‘ from 1998) served to popularize the frenetic rhythms of the gypsies of Eastern Europe.

And that is the main ingredient of the musical proposal of ‘Emir Kusturica and The No Smoking Orchestra’, to which they add influences like rock, punk and any other rhythm that makes the audience dance (Mexican music, Turkish marches or techno-pop). On this occasion, after debuting in Valencia in a historical concert that took place in June 2001, the group will play new songs from ‘Corps Diplomatique’, an album released in May 2018 and will return to songs from the album ‘Unza Unza Time’ (2000) and also play mythical songs of the soundtracks of his films.

In parallel to the new record production, Kusturica is finalizing a work on the biography of the former Uruguayan president José Mujica.

La Fúmiga
The night of July 5th at Viveros will also have a Valencian band supporting. La Fúmiga will be responsible for really warming up proceedings with their wind instruments and percussion. They will be offering their own songs and cover versions with ska rhythms, Latin melodies, Balkan touches and traditional Valencian music.

Tickets for sale
Tickets for the Emir Kusturica & The No Smoking Orchestra concert can be purchased on the Viveros Concerts page (www.concertsdevivers.com), as well as on Notikumi (www.notikumi.com/) and Ticketmaster (www.ticketmaster.es) for 25 euros (plus distribution expenses).

Website for all the concerts at Viveros Gardens this July 2018: https://concertsdevivers.com/ 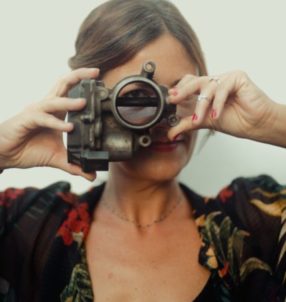