Festival Season in July and August 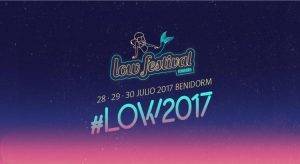 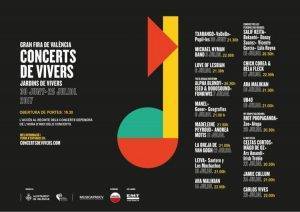 Summer’s here. It’s hot inside and there’s nothing new on Netflix. So it’d be better to get outside, there’s plenty to do, especially given that it is festival season!

If you’re already keen as mustard to get into it but you’re still going to be stuck in the city for a while, don’t worry! You should definitely check out the series of concerts that will take place between June 30th and July 25th at the Jardines de Viveros in Valencia during the Concerts de Vivers. They’ll be also offering a complete gastronomic space so you’ll be able to enjoy some nice tapas along with some red, red wine while you listen to UB40, Jamie Callum and other great artists from the national and international scene. The tickets for each of the 14 events in total are sold individually at (http://conciertosdeviveros.com).

Now it’s time to call your mates, get those tickets, dig out your camping gear, cooling box full of beers and start looking forward to some of the following cracking festivals. Ah, don’t forget your sun-cream either! Speaking from experience, you don’t want to be called a “guiri-gamba” all the time by the tanned locals.

Ok, so we’re going to start with one that should have already been crossed out on your festival list long ago. It’s no secret that the FIB (fiberfib.com) is the Spanish festival that most attracts British and Irish public for a number of reasons. Its location right next the Med, a line-up that never disappoints and the great over-all atmosphere. The word international is mentioned in the name because that is truly what it is. This year’s highlights include: The Weeknd, Red Hot Chili Peppers, Pete Doherty, Kasabian, Noel Gallagher and more from the 13th to the 16th of July!

Also set close to the beach, surrounded by a natural park, actually in the exact same venue as the FIB but a month later, during August, the Rototom Sunsplash rototomsunsplash.com) takes place. Same location but on a totally different note this is considered by some as the world’s biggest reggae festival. Although maybe the label reggae falls a bit short to describe the musical diversity that’ll be on display during the 8 days with over 200 performances. But can you really endure and enjoy 8 festival days? Thanks to the great variety of activities and workshops in the different zones you might end up asking yourself why the festival doesn’t last another 8 days. Artists include The Wailers, U Roy, Alpha Blondy, Shaggy, Beenie Man, Youssou N’Dour, Toots & The Maytals and many more…

If you like your electro and theme parties then Medusa Sunbeach Festival (www.medusasunbeach.com) is your cup of tea. This year’s theme is “Jungle Carnival” and although Cullera isn’t exactly the Amazon forest the organizers are going to do their best to create an incredible atmosphere. As is done in the renowned Tomorrowland, this year’s main stage is going to be huge and bursting with visual effects and sound equipment. Some of the top artists that will be on this amazing stage from the 10th to the 14th of August are: Dimitry Vegas, Steve Aoki or Major Lazer.

Quite ironically, the only festival taking place in Benidorm is the one that attracts mainly a Spanish crowd. The Low Festival (lowfestival.es) ,starting the 27th-30th of July, is a great option to discover the Spanish national music scene along with some of the usual suspects at festivals like The Pixies, Franz Ferdinand and The Hives.

If you’re feeling adventurous you might want to go on a road trip heading towards one of the fantastic festivals that aren’t that close to Valencia. My pick this summer would be to make your way North mainly for 2 reasons: to escape from the deadly heat and to go and pay a visit to the BBK Live festival (bilbaobbklive.com) on the 6th-8th of July. This festival is known for the unique views of the Basque mountains from its campsite and its solid reputation for good music including Depeche Mode, The Killers, Primal Scream and more…

From there you could then head west following the Camino de Santiago only that this time the pilgrimage would end at Paredes de Coura on the 16th-19th of August. I was planning to keep it secret but this village right on the border between Portugal and Galicia(on the Portuguese side) is hosting one of the most impressive line-ups I’ve seen in years, here are some names, see if you agree: Future Islands, Badbadnotgood, Foxygen, Timber Timbre and the list goes on…
Enjoy your Summer; enjoy your music, that’s all!