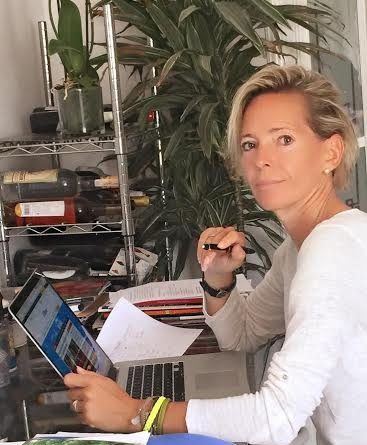 ##I sat down with Laurence Lemoine, founder of Valencia Expat Services. She has been a journalist for 30 years and has lived in many countries, but for the last 20 years has been settled in Valencia. She has fallen in love with the city and is passionate about helping potential expats to discover the joys of Valencia the way that she has. She is also well known for her many News articles, television appearances and radio shows.

We discussed the complications of Brexit that have crept up on us… and the more exciting news of Valencia being voted the best city to live in by expats!

Tell us about your background and the company.
“I came here 21 years ago but during those 21 years I spent three in Africa and two in Portugal. Four years ago I started to help friends of mine, from England and France : they did not speak Spanish, it was complicated for them to deal with the administration when moving or buying properties here and I realised that I could help a lot of people in a professional way, so I decided to start my company, ‘Valencia Expat Services’. Now we have an office in Barcelona, and Jávea and Dénia. We help a lot of “expats” for many different things, such as, the administration, the visas, the residency, NIE number, Spanish number plates for cars and driving licences. There are many things foreigners have to do concerning the administration here and we can help them because the administration in general is very complicated, very specific …Even Spanish people often need help ! So, I created this company and we love what we do because when we help people we feel useful. We have a lot of clients from all over the world, for any kind of problem or situation, so every day is different and we love what we do!”

In terms of Brexit, how do you think things are going to change for British expats?
“We are very worried because at the beginning we thought that they would find an agreement between Spain and England, but I think that now it will be England and the whole of Europe and not specific agreements with different countries. I see that Boris Johnson is finding the negotiation very hard and we won’t arrive to any agreement. British people will be considered as being from a third country, so they won’t have the liberty to come here and stay more than three months at a time. For example they could stay three months out of six but no more. It will be a big problem for people without the residency or people that just want to feel free to stay one month, two months, three or six and to travel inside Europe. I’m very sad for British people because most of the Brits living outside of UK could not vote for the referendum because when you live outside the UK, after 10 years you can’t vote. They don’t deserve this really and, of course, it’s bad for Spain and for tourism. In Spain, many small cities and villages in Alicante for example, or in even in Valencia on the coast, are full of British people. The Spanish economy needs the Brits as well so it’s a shame. The ones who already live here, they have to present a lot of documents now in order to get their residency and sometimes it’s a problem because it can be hard and complicated to do this.”

Do you think that the Spanish will be less favourable and harsher to the British when we leave the EU?
“The UK will have a hard time with many different things…commercial stuff, the liberty of movement and they will realise that it was a big mistake. I’m sorry for them but also I think and hope that one day, maybe in two or three years, hopefully we will see that a different Prime minister will propose another referendum or they will start new negotiations with Europe and maybe they will reduce the impact of Brexit.”

What do you think about Valencia being ranked the number 1 city to live in?
“This is really good news, this is something I knew, because I have known and been in love with Valencia for ages. I keep publishing articles about Valencia especially in France, saying how nice the life is here in Valencia, so I’m not surprised. I am surprised that it’s the first time it’s been recognised in and with this ranking. Suddenly Valencia is in the Internation Bloomberg ranking and it is 1st place! I know that 15,000 expats answered and they represent 1773 different nationalities and they said that Valencia is the best place to live because of the cost of life, healthcare, the climate, the security and everything else. A lot of my clients know Valencia only because they read articles or watch reports, and become interested. Valencia really deserves this place and now everybody knows how nice the life is here! I’ve been living in many different places and Valencia really is the best. It’s a small city, you don’t have the problem of the big cities but you still have the advantages of a city. You don’t have any pollution, you don’t have lots of traffic jams, but you do have the airport with many flights, and you have a culture; lots of museums, theatres, parks. It’s the perfect size and the people are really nice and open-minded now. When I came here 20 years ago I was in love with Valencia, but something that was missing for me, it was not very international. Now it has changed so much, it has really become international. Now, between 16% and 20% of the population are foreigners and I like the mix of culture.”

Laurence also emphasised how confusing it is for both Brits and the country they may be trying to settle into as we still don’t know what the rules are going to be. She said, ‘it is a mystery because there is absolutely no information of what it is going to happen. we don’t know if they’re going to make it easier than other countries also not in the EU, or whether they’re going to ask for working visas now.’ She also reminded me that this will depend a lot on what the British government decides to do and how difficult they make it for the Europeans to enter and reside in the UK. ‘If the UK government makes it difficult for the Europeans to settle…well, there will definitely be a response from the European countries’.

Unfortunately, Brexit has made a lot of things difficult and services like Laurence’s have become more important and more useful. 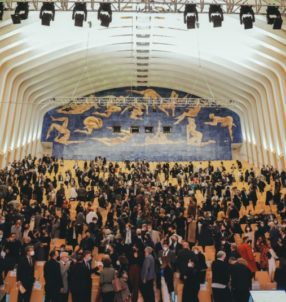 PLAN WHICH EVENTS TO ATTEND AT THE ‘WORLD DESIGN CAPITAL VALENCIA 2022’!