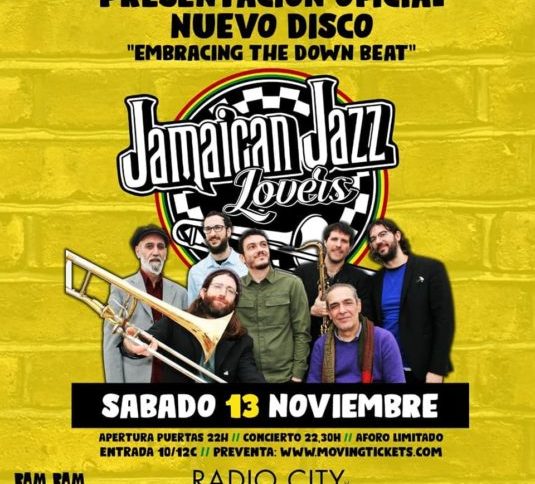 #Reggae, ska and other Jamaican rhythms fused with jazz melodies and improvisations are the basis of this Valencian band, formed in 2019 by trombonist Jonás Sánchez, who has played in bands as important in the genre as the New YorkSka jazz Ensemble or The Skatalites. That is why the band has consolidated musicians from the Valencian scene such as Alberto Tarín (Seguridad Social, NYSJE), Héctor Galan (Zoo), Pere Munuera (Jah Macetas, Toni Belenguer Quintet), the voice of Payoh Soul Rebel or the collaboration of trumpeter Pepe Zaragozá for their latest work, among others.

After having performed live locally, Jamaican Jazz Lovers released their first album ‘Titian’ in 2020. They were awarded at the gala of the III Premios Carles Santos de la Música Valenciana (Institute of Culture of the Valencian community), consolidating their live performance and their versatility (both as quintet and full band shows, vocal or instrumental) and that the group has toured throughout different parts of Spain.

Despite the current health crisis, Jamaican Jazz Lovers transformed all the energy accumulated during the pandemic into music. Thanks to a successful crowfunding campaign, the band has been able to finance their second album, ‘Embracing the Down Beat’, released in 2021 and published in vinyl format by the Valencian label Newentun Records as well as being on digital formats like Spotify.