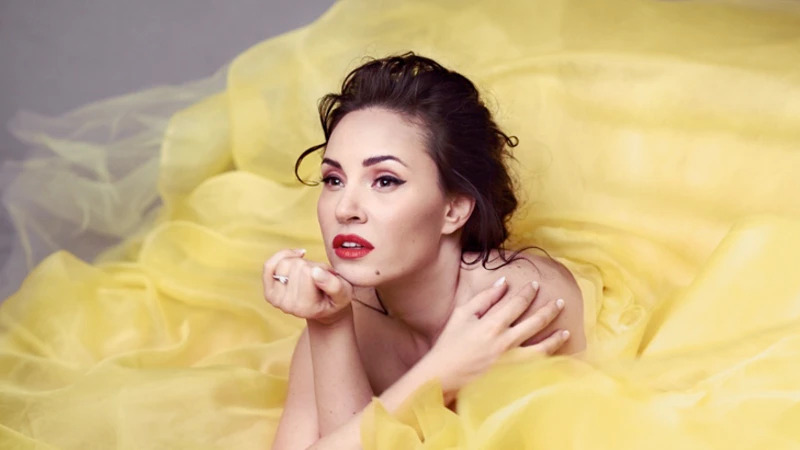 24/7 VALENCIA: COULD YOU TELL US MORE ABOUT SONYA YONCHEVA?

– She performs songs and romanzas by Leoncavallo, Martucci, Tirindelli, Tosti, Verdi and Puccini accompanied on piano by Malcom Martineau.

The soprano Sonya Yoncheva sings to Italy in the recital she will perform this Sunday, the 25th of April, at 6:00 pm in the Main Hall of the Palau de les Arts, with the piano accompaniment of Malcom Martineau.

For the fourth session of the cycle ‘Les Arts és Lied’, the Bulgarian diva offers songs and romanzas by Leoncavallo, Martucci, Tirindelli, Tosti, Verdi and Puccini in a journey through the main Italian composers who cultivated this genre in the 19th century. The soprano has received unanimous applause from audiences and critics alike for her performances of this repertoire in the main theatres and auditoriums.

An exceptional and charismatic artist, Sonya Yoncheva is one of the most sought-after and magnetic voices on the lyric scene, a must in the programmes of the most prestigious auditoriums and concert halls, as well as in the operatic casts of the great theatres on the circuit.

This Sunday’s recital will also be the soprano’s reunion with the Valencian public, who still remember her memorable performances of ‘La traviata’ in 2013.

Malcolm Martineau will be in charge of accompanying Sonya Yoncheva on stage this Sunday. Born in Edinburgh, he is one of the leading pianists of his generation, and has worked with great international singers such as Thomas Allen, Karita Mattila, Ann Murray, Angela Gheorghiu, Christopher Maltman and Michael Schade, among others.

For those interested, tickets for the recitals in the series ‘Les Arts és Lied’ range in price from 20 to 40 euros.

Bulgarian soprano Sonya Yoncheva is one of the most acclaimed and brilliant performers of her generation. She studied piano and singing with Nelly Koitcheva in Plovdiv, her hometown, and later took a master’s degree in singing in Geneva with Professor Danielle Borst. She also furthered her training with William Christie and Le Jardin des Voix.

Her most successful performances include new productions of ‘Tosca’ and ‘Otello’ at the Metropolitan in New York, where she has also played the title roles in ‘Luisa Miller’, ‘La traviata’ and ‘Iolanta’, as well as Mimì in ‘La bohème’ and Gilda in ‘Rigoletto’. At London’s Covent Garden she has triumphed in titles such as ‘Norma’, ‘La traviata’, ‘Faust’, ‘Les contes d’Hoffmann’ (Antonia), ‘Carmen’ (Micaëla) and ‘La bohème’ (Mimì and Musetta). She has also sung ‘Il pirata’ and ‘La bohème’ (Mimì) at the Teatro alla Scala; ‘L’incoronazione di Poppea’ at the Salzburg Festival; new productions of ‘Médée’ and ‘La traviata’ at the Berlin Staatsoper; and ‘Don Carlo’, ‘La bohème’, ‘Iolanta’, ‘La traviata’ and ‘Lucia di Lammermoor’ at the Paris Opera.

In 2020 and 2021 he has participated in the opening gala of the season of the Teatro alla Scala; in Met Stars Live in Concert with a recital offered in ‘streaming’ from the monastery of Schussenried; in the Christmas concert in the presence of the President of Germany and broadcast on German television; at the Rolex ‘Perpetual Music’ gala at the Staatsoper in Berlin; at Le Concert in Paris, as well as galas and concerts in Salzburg, Madrid, Monte Carlo, Budapest, Mexico City, Verona and Antwerp.

She is a global ambassador for Rolex and an exclusive artist for the Sony label, with which she has recorded, among others, the album of opera arias ‘Paris, mon amour’, accompanied by the Orquestra de la Comunitat Valenciana. At the Palau de les Arts she starred in ‘La traviata’ in 2013 conducted by Zubin Mehta.

##La bohème, Tosca, Norma, Medea, Il pirata, Il trovatore… are just a few examples of the long list of successes that the soprano has collected in recent seasons, including the unmissable Traviata that she performed at Les Arts in 2013, conducted by Zubin Mehta. Her second visit is dedicated to Italian song, with Verdi as the main protagonist, on the occasion of the programming of Falstaff, the Requiem and the Verdi Marathon.The Bulgarian diva, accompanied by the Scottish pianist Malcolm Martineau, will perform some of the most intimate pieces by the composer from Busseto and will continue with songs by Leoncavallo and Tosti, before concluding her tour with another of her specialities: Puccini.”