You are here: Home  /  photography  /  LITERATURE TO PHOTOGRAPHY: AN INTERVIEW WITH JASON WEBSTER
photography 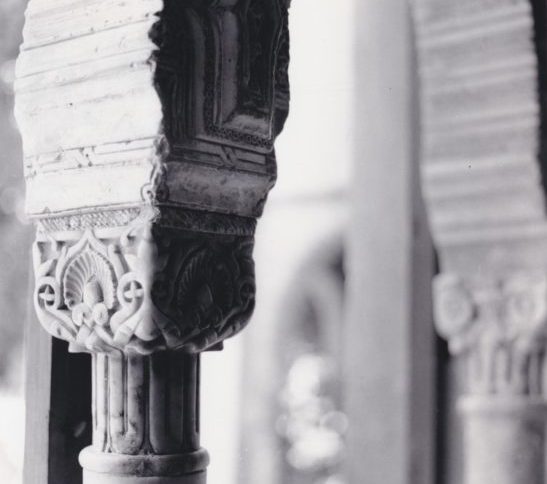 LITERATURE TO PHOTOGRAPHY: AN INTERVIEW WITH JASON WEBSTER

Jason Webster is a renowned writer, with many of his novels focusing on Spain. His collected works include detective stories, novels on Islamic Spain, Flamenco and more. The author has also been experimenting with analogue photography and has recently announced a sale of some of his prints, which will be available on the 30th of November to the subscribers to his newsletter. Jason gave an exclusive interview to ‘24/7 Valencia’ on his collection, his creative processes and relationship with Spain.

24/7 VALENCIA: Did you have an intention/objective behind this photography collection and would you say you have achieved it?

JASON WEBSTER: Spain has been my great love for almost my entire life. It began when I was 14 and I saw pictures of the Alhambra and I was completely bowled over by it. Since then it’s always been my connection to Spain. It’s an Islamic palace and Moorish Spain has been my ‘way in’ to Spain and I wanted to pay homage to that. The last time I went to Granada, I took my camera and it was a sort of pilgrimage because the Alhambra was my first point of contact with Spain. Everything in my life has come out of that; my career as a writer, my marriage to a Spanish woman, my kids being born in Spain. My whole life has been shaped by that initial experience.

There’s going to be a sale on the 30th of November, only for 5 days and each print will come with a ‘story behind the shot’. You will have to sign up to my newsletter to be able to purchase them. One in particular is of the ceiling of the Sala de los Alzerajes; it was the image of that very ceiling that started my love of Spain. I had in a sense been captured by this beautifully ornate ceiling, and I wanted to capture it in turn. Granada is my start and end point of my love affair with Spain.

The Mujer collection is very much linked to that, my love affair with Spain and my relationship with my wife. She is a flamenco dancer and an amazing model; I hardly need to tell her what to do. I’ll just hold up the camera and she’ll strike an amazing, ambiguous and interesting pose. It is a homage to my wife and also to Spain; she is the embodiment of my love affair with Spain.

You’ve been pursuing photography for a number of years, why did you choose now to release this collection?

JW: There comes a point where you just have to press the GO button. You’re working at it, improving it, fine tuning it and saying one day I’ll put it out there. Then it’s so easy for the years to go by and not put it out there. A couple of months ago, I realised it was now or never. I work with analogue so it’s a lot of work putting everything together. I had to go through everything I’d done and figure out themes and series and collections. Then there’s the process of digitising the photos, which I don’t enjoy as much because for me photography is a very hands on process. There was no real defining reason other than I’ve just got to do this.

How would you describe your creative process has changed from writing a book to creating a photography collection?

JW: In some ways, photography was born out of writing. I had an idea for a novel I was going to set in Madrid in the early months of the Civil War with a photographer as the protagonist. I wanted to get under the skin of the character and understand what he would have done. So I bought a Lyca 3A from 1936, which is probably the sort of camera he would have been using. I then fell in love with photography and the book got shelved.

They both work on an intuitive level, and intuition is a central part of all my creative work. You physically experience it, you know something is going to happen and you capture it. Sometimes the shot itself is almost demanding, begging to be taken. There is an interaction with the world, which in writing is more internal and introverted. But actually there is also a big overlap. In both cases you are connecting with something outside of yourself, something you can’t really put your finger on and it flows through you. The best writing happens when the words just come naturally and you’re just channeling them and it’s the same with photography. The less of you there is in the art, the better it is.

In one of your stories behind the shot, you say in photography there are no accidents. Yet some of your photos seem to have an unplanned element, the faceless figure on the wall of the Alhambra and the hurriedness of the shot of Salud in the dance studio. What would you put these down to?

JW: Only after taking it do you realise it was no accident. There’s some sort of structure or design that you step into. It’s almost like stepping into one of the geometric patterns in the Alhambra. For a brief second you are part of this highly structured and well-thought-out design and the art comes out of that. You need to reduce the amount of ego to step into it.

Would you say your perception of Granada and the Alhambra have changed, looking at them from a photographic perspective rather than a historical or literary one?

JW: I don’t think it has. I have a strong visual imagination, I think in images and they translate into words. My real writing comes from images that I then translate. My impressions of the Alhambra began with images, so photographing it didn’t change my perception; it was more like coming full circle back to the Alhambra’s visual impact.

The use of the film camera gives an older quality to the photos, particularly those of the Alhambra, as if they were taken many years ago. Do you feel that this older style connects you to the past?

JW: I’m drawn to them more because of the style of photos they take. I also like the mechanical nature of them more than a digital camera. They are works of art in themselves and you can really feel attached to them. It’s like when you pick up an old farm tool, you can really feel its use, its power and a connection to its past, and it’s like that with these older cameras. When I pick up a new camera I don’t get the same feeling. With older cameras it’s a multi-sensorial experience not just visual; the smell of the chemicals in the darkroom, the ticking of the clock as I’m making the prints. You’re making a photograph.

I like the old fashioned rendering these photographs give. Modern lenses can give quite soulless photos; older lenses have a sort of creamy gentleness to them. It’s not just a realistic capture, some lenses have out of focus areas that look like they’ve been handpainted, it’s beautiful, and it’s art. With digital you can go and take a thousand shots, whereas with my Hasselblad you only get 12 shots. It forces you to slow down and really think about your shot.

Regarding the article you wrote on slow photography and the throwaway and careless nature of society, do you feel that this ‘slower’ process could or should be applied anywhere else?

JW: One of my aims with this has been to get away from computers; I think computers are just taking over our lives. The technology we had, in our everyday lives 10 years ago, did make our lives easier and simpler but now it just seems that it is making our lives more painful and complicated. When I’m using these older cameras, they feel perfect, I’m using lenses from the 30s and 40s and they are still perfect. I’m very cynical about these cars that drive themselves. They’re driven by computers and we’ve all had that experience needing to reboot our computer when it crashed. Aeroplanes have five computers on them in case one stops working. It is hardly a vote of confidence in computers.

When you do reconnect with the non-digital world it slows you down. With computers you can be so many things, graphic designer, writer, photographer, and it makes you feel like you’ve got to do all these things because it’s been made easier for us. It increases the speed of life and creates a huge amount of anxiety. In the analogue world you slow down, step back and take a breath. It’s about making sure you’re in control of technology and it’s not in control of you.

What are your plans for the future, both on the photography and the book front?

JW: I’ve got several books on the go at the moment, including a book on Spanish sayings and idioms, but a lot of my time is taken up by my work with The Scheherazade Foundation, named after the character from the Arabian Nights. We work on empowering women, bridging cultures and unlocking stories and folklore. We’re working with girls in South Africa in partnership with Volvo, training them as lorry drivers, which tremendously empowers them and gives them a certain status. We’re also in contact with families in Afghanistan who are in dire situations, educating young women who do not have access to education, and getting money to families who are in extreme poverty to ensure they don’t have to resort to selling their daughters as brides.

Preview of the prints for sale: https://www.jasonwebster.net/fine-art-photography