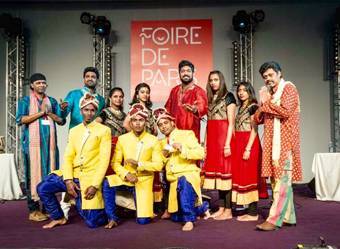 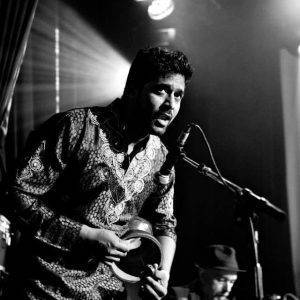 Tell us something about your background.

I come from a family of musicians from Rajasthan in India. I am a musician and singer and my aim is to make Indian music more familiar to the ears of Westerners.

Music has been in my family for 12 generations. Our ancestors used to perform at the Royal Courts of Maharajas in Rajasthan. I studied music at the ‘Rajasthan Sangeet Sansthan’ and I play sitar, tabla and other ancient instruments including morchang (like a jaw harp), kartal (like castanets), bhapang and more.

I am an eclectic musician and experienced singer and I am often on tour around Europe and India. My repertoire is quite varied: traditional songs, ghazals (love songs), bhajans and Qawwalis, which are Sufi songs…

What is the connection between India and the Gypsies of Spain?

The Gypsies (gitanos) emigrated from northern India. This includes Punjab and Rajasthan, possibly as early as 600 A.D. The music and culture of the gitanos highly influenced the culture of Al-Andalus in Spain and North Africa. Flamenco, the heart of gypsy culture, is a mixture of the various European and Asian influences which forms the rich history of Andalusia and southern Spain.

How does living in Spain compare to India?

In Spain, I feel like I am at home! Spanish cuisine, the warm weather, the noise and happy-go-lucky atmosphere reminds me of India in many ways. There are also many Gypsies in Spain who share a similar culture to the Gypsies in India.

Tell us about your ‘Bollywood’ theatre company…

I am a member of two Indian orchestras: ‘Bollywood Maharaja’ is an orchestra where the musicians perform Bollywood lm songs with Indian instruments and the dancers dance to the live music. My other group is ‘Bassant – The Gypsies of Rajasthan.’ We perform traditional folkloric songs like sapera with a dancer who dances in the style of a snake. We also have a fakir who performs with swords and re-eating. We tour Europe throughout the year.

My plan is to share my music and culture with people of Spain. I would love to work with local musicians in Valencia and other parts of Spain to create new projects and concepts around music. I love music because it has no colour, no religion and no boundaries…