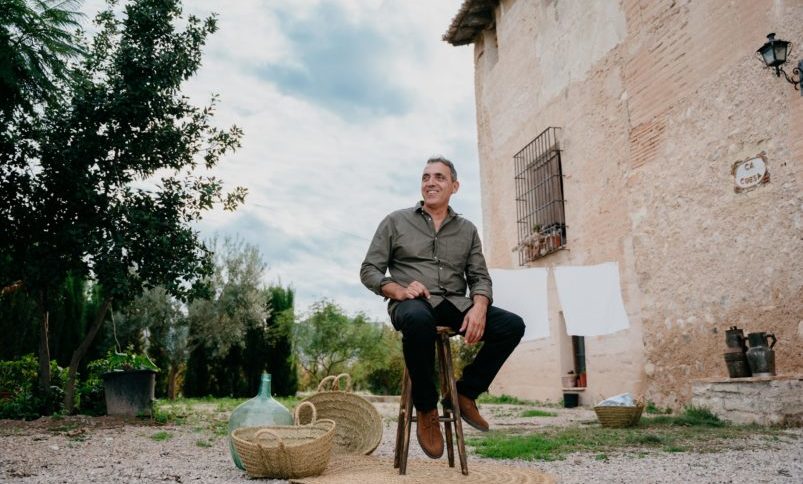 The first concert to Palau de  Les Arts will be Pep Gimeno, “Botifarra” on January 13 at 8:00 p.m. The native of Xàtiva, who has dedicated his entire life to recovering and promoting the music of local people, will bring his spectacle of traditional Valencian music to the Auditori (Palau de les Arts), where he will present his new album ‘ Ja ve l’aire.’ This album is titled in honour of the ‘ single ’ namesake of his new work, performed alongside singer Noelia Llorens, ‘ Titana ’, which  contributes a new sound to traditional work songs, at the same time that it claims the essential role of women in the agricultural world.

The next to participate in the cycle is the Neus Ferri, known for collaborating with artists such as Sole Giménez or Melendi. The singer will perform on Friday, January 20 at the Les Arts Magistral Classroom, where she will promote ‘Llar’, her third studio album.

Both Ferri herself and critics have considered that ‘Llar ’, her first album in Valenciano, is the most intimate one she has published to date. Alcoy’s singer-songwriter won the Carles Santos Prize for Valencian Music for the best pop album for this tribute to family, love, hope and life.

On Saturday the 21st of January, it will be the turn of the musical trio Marala, made up of  Sandra Monfort, the Catalan Selma Bruna and the Mallorcan Clara Fiol. Recent winners of the Carles Santos Award for Best Record of the Year and Best Popular Traditional Music Record, They will be presenting their latest work, ‘Jota de Muerte.’

Inspired by the music of their communities, Marala revisits traditional singing and modernizes it by merging genres and using letters of social criticism in reference to various topics such as feminism or heritage conservation.

The next date of the cycle ‘ Les Arts és Músiques Valencians’ is January 27, with a special concert by Mireia Vives and Borja Penalba. The duo recently reported their separation after more than ten years together. As part of the ‘Punt i a part ’ farewell tour, they will review the three albums they have released together.

Singer Esther will be in charge of closing the cycle with a pop concert on January 28. The young woman from Vinaròs, who had a successful debut with her recording ‘Les teues ales’, will present her next project, ‘ Les cartes que mai vaig cremar ’, her first full-length album.

This is the first season in which Les Arts dedicates an entire cycle to Valencian music, a fact that reflects the institution’s commitment to the variety of musical ensembles in the territory. It is for this reason that the cycle explores the different styles and expressions of the current panorama of music of the Valencian Community: proposals that combine the traditional, pop, rock, roots music, fusion, singer-songwriters and more…

24/7 VALENCIA: Tell us about your Valencian roots and your first experiences with music from your land…

PEP BOTIFARRA: My first contact with traditional Valencian music was via my family. Most specifically, my grandmother Otília Borredà who was from the town of Benigànim. She knew so many songs and popular sayings and as I practically grew up with her, I learnt a lot from her. But as it happens, due to my youth, I didn’t pay that much attention to them then. Now I do regret not having listened to my grandmother more.

Years after, at the age of 15 or 16, I began singing “albaes” in my city, Xàtiva. I joined the ‘Grup Sarau’, a travelling group of the Costera region. I went with them at weekends, through all of the towns of my area and we made recordings of the older people who recorded traditional songs. We recorded on cassette tapes, which are now digitalized. In the future, we are planning to have them available to anyone who wants to listen to the recordings.

For many years, I was collaborating with many groups until 2006, when my best friend Emili Vera encouraged me to record my first solo album ‘Si em pose a cantar cançons’ (Cambra Records, 2006) And since that moment, my life has been non-stop concerts…

Ticket prices for the Pep Gimeno concert, ‘Botifarra ’ range from 10 to 18 euros, while the rest of the cycle performances, to be held on the stage of the Les Arts Magistral Classroom, they have a single price of 10 euros. You can get your tickets now on the Les Arts website: https://lesarts.koobin.com/index.php