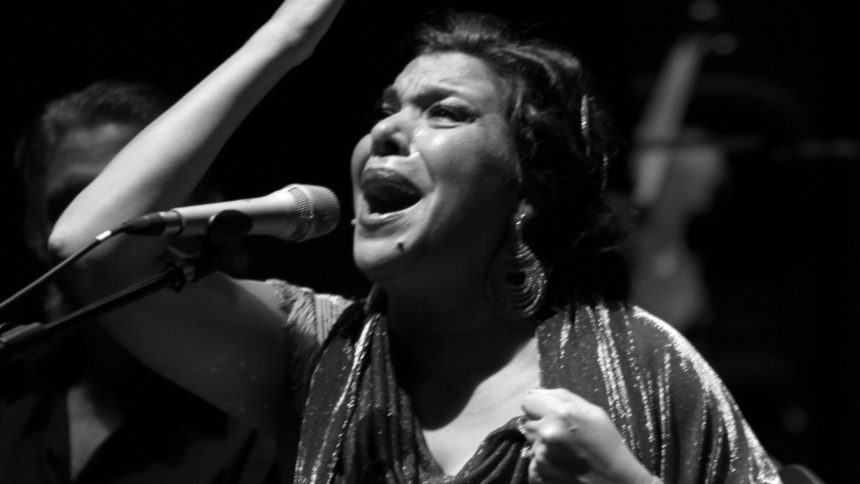 24/7 VALENCIA: Could you tell us more about ‘La Macanita’?

– An artist with a wide repertoire, Tomasa Guerrero Carrasco ‘La Macanita’, presents the purest side of flamenco.

The Palau de les Arts welcomes Tomasa Guerrero Carrasco ‘La Macanita’ on the 26th of March, at 8:00 pm in the Teatre Martín i Soler, as part of the cycle ‘Les Arts és Flamenco’.

La Macanita’ is considered one of the most illustrious performers of flamenco singing. With a career spanning over 30 years, the artist from Jerez is the heir and continuation of voices like La Paquera, Fernanda de Utrera and La Perla de Cádiz. A distinctive cantaora, full of temperament, her husky delivery is one of the most flamenco voices of the last decades.

A singer with a wide repertoire, soleá, bulerías from Jerez and Cádiz, and Christmas carols are her great speciality. La Macanita’ presents the purest side of flamenco in this concert at Les Arts, in which she will offer some of her landmark recordings along with some of the palos from her usual repertoire: bulerías, soleás, fandangos, tientos-tangos and malagueñas.

Due to time restrictions, Les Arts reminds us that the start of this show has been brought forward to 8:00 pm. Tickets for the concert by ‘La Macanita’ have a single price of 30 euros. For more information, interested parties can consult the theatre’s website: www.lesarts.com

Tomasa Guerrero began to excel in flamenco singing as a child, and her native Jerez witnessed her first performances, later moving on to the Madrid ‘tablaos’ – Los Canasteros and Zambra – in the 1980s.

After touring several countries, in 1998 she participated in the historic recording ‘Tauromagia’, by Manolo Sanlúcar, considered one of the best albums of the genre of all time, and a year later she released ‘A la luna nueva’, the first of the seven albums that make up her discography.

Recognised as ‘one of the singers of the genre’, in 2004 she was invited by Carlos Saura to immortalise her art in ‘Flamenco’. The cantaora from Jerez has also received numerous distinctions, including two awards from the flamenco critics ‘Flamenco hoy’, as well as a nomination for a Latin Grammy in the category of best flamenco album 2017 for her most recent work, ‘Directo en el Círculo Flamenco de Madrid’.

The second edition of ‘Les Arts és Flamenco’ presents in Valencia five personalities of flamenco singing from different artistic backgrounds to allow lovers of the genre to enjoy the diversity of one of the most important signs of identity of Spanish culture.”