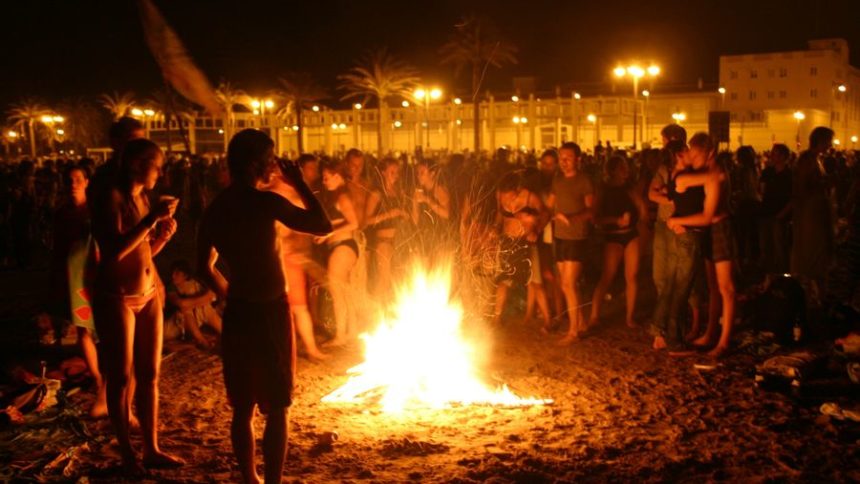 The biggest beach party of the year is back this Thursday for some magical mayhem!

Fiesta de San Juan will return to Valencia’s beaches this Thursday after two years of coronavirus. Starting at sunset, which will be at half past nine, the annual fiesta is set to be full of fun, mischief, and mystical tradition. Early birds may want to get there from around six to grab wood and rubbish bags.

Translating to the Festival of Saint John, the Christian festival celebrates the birth of Saint John the Baptist on the 24th of June. Marking the beginning of the long summer holiday, it is said to be celebrated on the shortest night of the year according to the northern hemisphere. It therefore acts also as a Christianisation of the summer solstice. The dates do not directly coincide, with the summer solstice taking place three days prior; however, the dates are close enough for it to be a celebration of both.

This link mainly arises in the form of the bonfires, that make up a large part of Fiesta de San Juan in Valencia. Pagan tradition states that bonfires are lit to prolong the light of the sun, helping it pass the trance of its shorter stay and giving it increased strength. The farmers of Alicante would originally light bonfires to celebrate the longest day of the year for harvesting, and to keep evil spirits away. Although these bonfires were a long time forbidden by the government, they made a return in 1881 when the city council forgot to publish their annual announcement. In this fashion, Fiesta de San Juan has become a festival for the people, and is a night to be enjoyed ahead of the bank holiday.

Not only a festival incorporating fire, fiesta de San Juan also incorporates water as one of its natural elements. Customs according to this vary from village to village, and water is especially prioritised in towns such as Asturias, Galicia, and Lanjaron.

Feeding into the magical element of the night, thousands will descend into the sea at the stroke of midnight. Malvarrosa and El Cabanyal beaches are the ones which authorise the night baths, so make sure that you stay close to the centre. It will be forbidden lighting fires on the beaches going south towards Albufera, so stay clear. Jumping the waves seven times at midnight ensures a year of good health – so, get your bikinis and swimming trunks on to make your wishes come true.

The magic does not end there. Rather than drying off with a towel, those who are superstitious may prefer to jump over the bonfires seven times for further good luck. If you are a student who has just finished your exams in time for summer, you may also want to bring your old lecture notes and books for a cathartic burn in the fire. The fiesta has also traditionally been known to mark the end of exams and destroying what signifies the ‘bad’ of the year. Otherwise, the bonfires can also be used for barbecues, for those who fancy food on the beach. It is to be noted, however, that food and drink will not be for sale on the beach, so you must come prepared.

From the evening of the 23rd of June, a large influx of traffic is expected from around five in the surroundings of the beach area. EMT Valencia and Metro Valencia will be offering special services to compensate for this. Furthermore, although the city council will be distributing wood, you are also welcome to bring your own for personal ease. We are lucky to get the biggest beach party of the year back after such a break, so let’s make sure that we make it count! 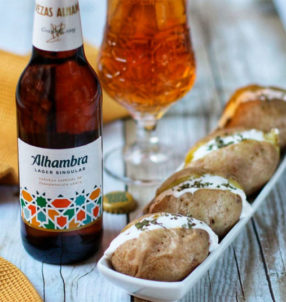 ‘Espacio Cervezas Alhambra’ as part of the Russafart festival from June 3rd to 5th!