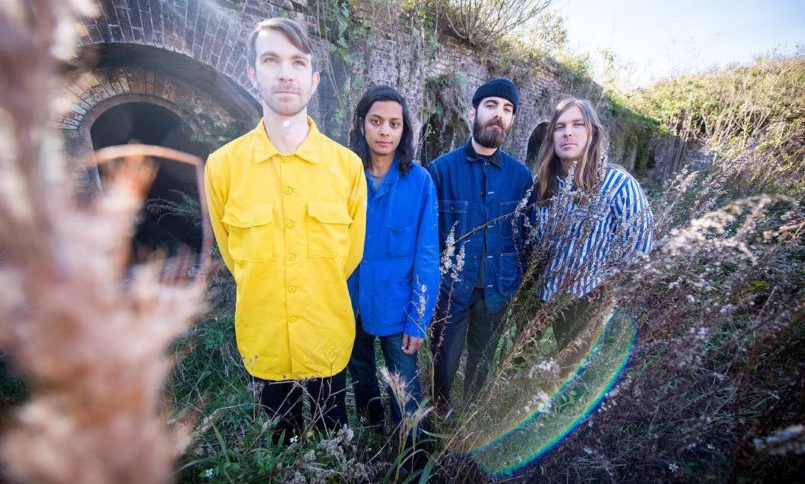 Silver Synthetic: An Exclusive ’24/7 Valencia’ Interview with the band about to hit Valencia

Currently in the midst of their first international tour, ‘Silver Synthetic’ are due to hit the Loco Club on Thursday 19th May. Comprised of lead singer Chris Lyons, Lucas Bogner, Pete Campanelli and Kunal Prakash, the New Orleans rock & roll band released their debut self-titled album just over a year ago. Originally formed in 2017, the band played their first gig in a record shop in late 2018. Taking inspiration from Lou Reed and T-Rex, this band takes you back with their retro sound. In anticipation of their arrival, the 24/7 Valencia team decided to find out a little bit more. We interviewed the guitarist of the band, Kunal, who gave us some more details about the band below.

24/ 7 VALENCIA: You guys released your debut album just over a year ago. Can you tell me a little bit about the album’s message?

SILVER SYNTHETIC: The goal with the album was to make something that would be a well-rounded introduction to the band. That’s why it’s self-titled. Not to say it’s some kind of manifesto but I’d like to think it does a good job of showing people how we do things. If anyone finds other messages in the music, that’s fine by us.

The name ‘Silver Synthetic’ is interesting. Is there a story behind this?

I’ve found that band names operate in two ways. Either you think of the name first and make music to fit it or you start making music and try to figure out what you can call it. Silver Synthetic came from the latter process. We had been rehearsing for over a year before playing our first show and when we finally decided to play live, we had to have a name. We chose it because it doesn’t mean much of anything on its own. After a couple of years of releasing music and playing shows, it begins to have meaning and it doesn’t really refer to anything other than the band itself.

You are currently touring around Europe, set to hit Valencia on Thursday May 19th. Is this Silver Synthetic’s first time performing outside of the US?

Yes! These have been our first international shows. When we released the album, we couldn’t even play live at home in New Orleans so getting to travel to all of these new places and put on a show is a real blessing.

How are you finding the experience? Are there still many differences relating to Covid?

We’ve been having a great time. Every night is a first for the band on this tour so that keeps things pretty exciting. We spent one week in the UK, the following week in France, and now we’re looking forward to Spain.

When we began touring on this album in the US, most shows had regulations regarding masks and vaccinations and it seemed some people didn’t feel like it was safe to attend yet. Covid-wise, things seem to have gotten better back home and here in Europe so it doesn’t feel quite as dangerous to tour or see a show as it did last year.  We’ve taken all of the precautions we can and have to hope for the best.

The band is often put under the genre ‘psych-rock’. Is this something you guys consider yourself to be?

That label has been thrown around quite a bit in the last few years and I’m not quite sure what it means anymore. Sometimes it seems like any band that does guitar solos becomes certified psych. We’ve never considered ourselves a psych band but it’s totally cool with us if people have psychedelic experiences with our music.

Finally, what do Silver Synthetic have on the cards for the future?

We recorded our album in 2019 and released it in 2021 so we’ve had time to write a lot of new material. The live set now includes quite a few of these newer songs. Hopefully when we get home from this tour, we can start recording them but for now you have to see us live to hear them.

For more information and to buy tickets, visit https://lococlub.es