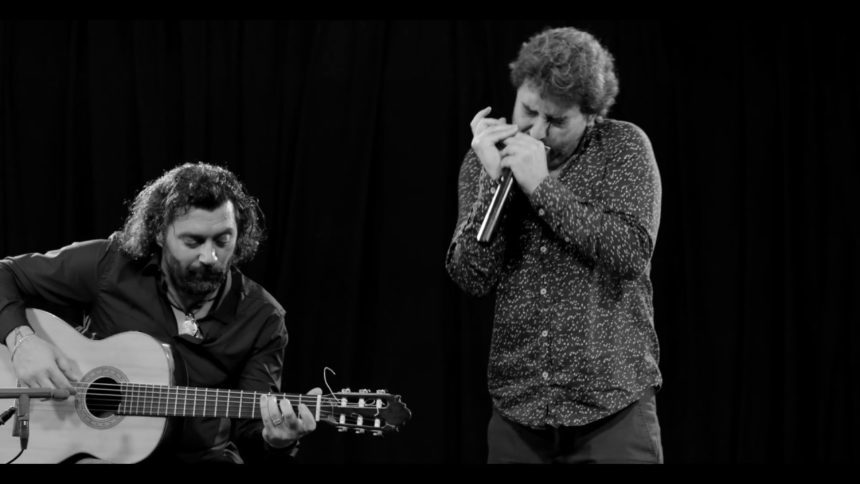 Matisse Club receives this Wednesday,September 9th (20h) the visit of virtuoso harmonicist Antonio Serrano, considered one of the most brilliant figures of this instrument. He presents his Chinese disciple Kang Kang and, together with Albert Sanz, a close collaborator of the project, they will play traditional Chinese themes interpreted from a Western vision and standards of Jazz and Bossa Nova approached with an Eastern sensibility. In short, a proposal that tries to bring the East closer to the West and that is called East meets West.

His exciting career has led him to be awarded the Masters of Mediterranean Music in Flamenco Jazz for his contribution to this style, awarded in 2014 by the Berklee Mediterranean Music Institute. He has also recently received a Latin Grammy in recognition of his participation as an artist in the recording of homage to Paco de Lucía album ‘Entre 20 aguas’.

In addition to having a dozen albums recorded, he has collaborated with such important names from such varied worlds as Rainmundo Amador, Toot Thielemans, Ella Baila sola, Andrés Calamaro, Tomatito…