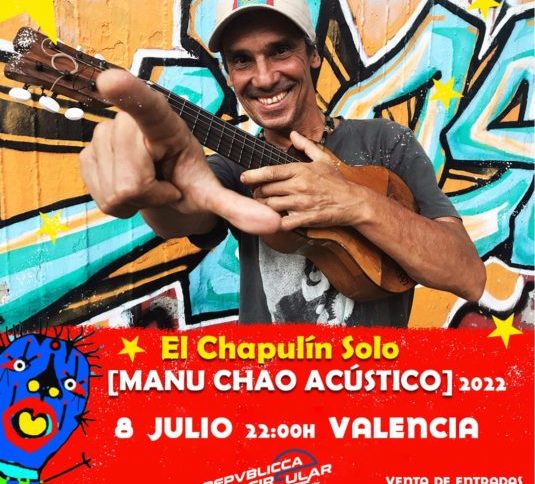 Chao began his musical career in Paris as a street musician, playing in groups such as Hot Pants and Los Carayos, which combined a variety of musical languages and styles. With friends and his brother Antoine Chao, he founded the band Mano Negra in 1987, achieving considerable success, especially in Europe and Latin America.

He became a solo artist after the dissolution of Mano Negra in 1995, and since then has toured with his live band, Radio Bemba. He decided to settle in Barcelona.

He is known for his political ideals and his outspoken support for various social causes. Many of his songs are about love, life in the ghettos and immigration, as the singer’s family emigrated from Spain to France during the years of Franco’s dictatorship.

He sings and speaks in French, Catalan, Spanish, English, Galician, Portuguese and occasionally in other languages.

Son of the Spanish journalist and writer Ramón Chao and nephew of the writer and theologian Xosé Chao Rego, he grew up in a very rich cultural environment in his childhood and early youth. In addition to being a writer and journalist, his father was an excellent pianist.

Manu Chao has become a legend in the international world of music, especially in the Spanish and French-speaking world. In acoustic, here is a chance to see the globetrotter Manu Chao close up!