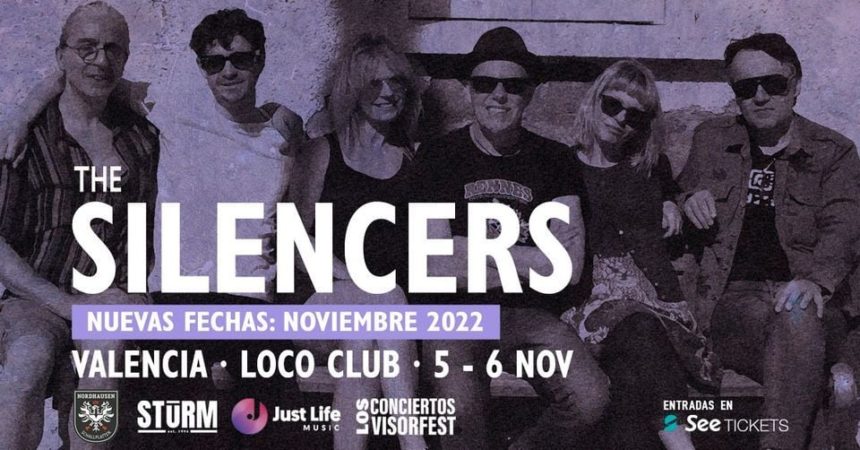 The legendary Scottish band ‘The Silencers’ mixes influences from pop, folk and traditional Celtic music. They return to Spain after almost a decade. The band led by Jimme O’Neill will perform on a tour organised by Sturm Promotions, Just Life Music and Laboratorio Cultural with the support of the VisorFest Concerts. With more than 35 years of musical career behind them, and a dozen albums released between 1987 and 2008, The Silencers retain the cult status they earned between the late 80s and early 90s, coinciding with the release of their first three albums: ‘A Letter From St. Paul’, ‘A Blues for Buddha’ and ‘Dance to the Holy Man.’

Often compared to Scottish bands with a similar sound such as Big Country, Del Amitri and The Proclaimers, The Silencers have distinguished themselves for their eclectic sounds, prolific output and ongoing career. Their first single, ‘Painted Moon’, was an international hit and invited critical comparisons to Simple Minds and U2. In 1987 they released their first album A Letter From St. Paul, which included ‘Painted Moon’ and other hits such as ‘I See Red’ and ‘I Can’t Cry’. Encouraged by the European hit ‘Bulletproof Heart’, the band’s third album, Dance to the Holy Man, became their biggest commercial success. From then on, well into the 1990s, The Silencers released a regular stream of albums, maintaining a significant cult fan base across the globe.

After being away from the Spanish stages for a long time, the Scots return on a tour where we will be able to enjoy their timeless hits such as “Painted Moon”, “Answer me” or “Bulletproof Heart”. Their large legion of fans will once again be able to enjoy some of the anthems that marked their lives in live performances that are still vital and precious in equal parts.