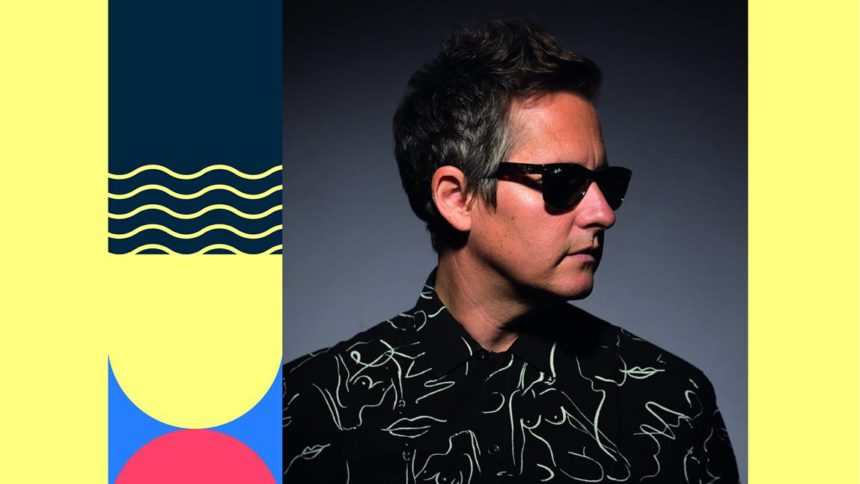 ##On the occasion of the 14th anniversary of “Subtítulo”, which is probably Josh Rouse’s best-known album along with ‘Nashville’, the artist wanted to give some hope for 2021 marked by the coronavirus, commemorating it in a live show, as it contains some of his most personal, joyful and well-known songs.

Thus, it will be a unique moment to delve into his catalogue and continue to get to know the artist in theatres and halls, who will leave no one indifferent by favouring the intimacy and uniqueness that characterise his songs.

One of the most requested songs on “Subtítulo” is “Quiet Town”, a song full of good vibes with folk-pop airs that we had the opportunity to listen to in a commercial produced by the company Gas Natural Fenosa. Do you remember those particular chords? I’m sure you still haven’t forgotten this song!

Josh Rouse(Nebraska, USA, 1972) created this album in the summer of 2005 in the studio of the well-known Spanish producer Paco Loco, located in Puerto de Santamaría (Cádiz). The full-length contains “Quiet Town”, which became an international hit. Moreover, in Spain we have known his music via both advertising and cinematographic mediums.

One of the directors who chose this song to include it in one of his films was Daniel Sánchez Arévalo, who did not miss the opportunity to use this song in the soundtrack of the acclaimed “Primos” (2011). In addition, Daniel counted on Josh for the soundtrack of his next production, “La gran familia española” (2013) and had the honour of being awarded the Goya for Best Original Song.

What the press had to say about this track:
“Ten songs, from “Quiet town” that offers perfect chords accompanied by sweet and warm vocals, through pop with a dose of soul […] “Subtítulo” is a perfect stimulus to feel happy just listening to it.”
(Arancha Arnau, Siglo XXI)

Josh Rouse: Neil Young, Tom Waits, Bob Dylan, these are some of my heroes, as they’ve done things on their own terms and for a long time. I think Wes Anderson is making some really creative films these days, as well as Vincent Gallo. I like Henry Miller as a writer. I think I’m inspired by a wide array of people. I’ve lived all over the US and travelled most of the world, so I find inspiration in the person giving me coffee or checking me into my hotel. I don’t know, I think they keep me grounded in some sort of way. A sense of home, normalcy perhaps.

24/7 Valencia: Why did you move to Spain and what do you think of Valencia? Do you prefer the Spanish way of life?

Josh Rouse: I really like Valencia, it seems to have a lot going on in the art and music world which is nice. The city itself is really beautiful, and it’s right next to the sea! It was lacking in food variety, but that seems to be changing. I arrived in Altea to stay with my Spanish girlfriend and artist Paz Suay, and then we moved to her home town of Valencia and never left (except for touring). I guess you could say the “Spanish” way of life suits me just fine…

( Editor’s note: Rouse & Suay now have a family and moved back to Nashville in the States not so long ago)

’24/7 VALENCIA’ ARCHIVE REVIEW OF JOSH ROUSE ALBUM ‘SUBTÍTULO’
Having upped sticks from Nashville and moved to Altea in Spain, it’s perhaps not surprising that there is a Bossa Nova vibe on some of the tracks of this album. Recording in España during the summer was, by all accounts, a relaxed affair …with a swimming pool and three hour lunches being enjoyed by the band and stalwart producer, Brad Jones. That ‘tranquilo’ vibe seeps through every track, making it sound all so easy.

‘Quiet Town’ (where interesting people with good conversation pass the time and nothing much goes on but it’s a great life) sums up where Josh is at on this album. He is a singer/songwriter at peace with himself. Rouse is not aiming to break the mould with experimentation or overblown production. He hits the spot on virtually every number with catchy verses, strong choruses and great hooks, baby. There are plenty of picked guitars, some funky percussion and lush strings, reflecting his love of 70s Easy-listening pop.

However, if you scratch the surface you’ll find there’s some dark shadows lurking like the rough diamond duped by his conniving babe in ‘Jersey Clowns’ or tales of Josh’s hard-drinking days and being hospitalised in ‘Givin’ it Up’. It makes for a very human collection with out and out love songs like ‘Wonderful’ to his Valenciana girlfriend: “I think you’re wonderful, don’t change.” It’s an album by a musician who appreciates the good times all the more ‘cos he knows what it’s like to hit rock bottom…

‘It looks like Love’ captures the heady mixture of lust and euphoria of getting it on with someone you really believe in and living in the present as the past slips away. Check out the jazzy grooves & sensuality of ‘Summertime’ that recall his American youth of ‘Iced tea… cigarettes & long blonde hair… watermelon….and being cool.”

‘His Majesty Rides’ swings along with soul-funk ease and electric piano ornamentation and reflects a singer very much in the driving seat. Although only 33 minutes long, this is a confident, catchy, sunshine collection of tunes that you will be humming in no time. Josh Rouse’s partner, the singer & artist Paz Suay, designed the album’s artwork too…