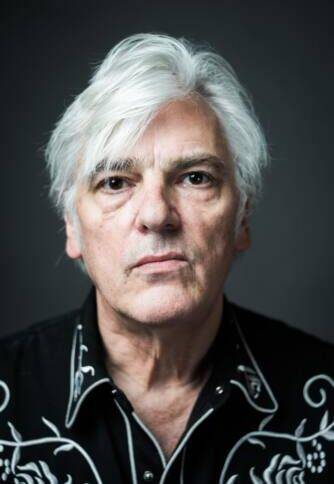 ##24/7 Valencia: Can you tell readers something about your background, experiences and musical influences over the years?

Robyn Hitchcock: I was 10 when the Beatles first hit the Top 20 and 16 when they released their last album. Between that came Bob Dylan, Captain Beefheart, The Velvet Underground, Pink Floyd, The Kinks and many other wonderful acts. That’s the soil that I grew out of.

Please take us through the tracks from your most recent album, ‘Robyn Hitchcock’

I Want to Tell You About What I Want

My vision of world empathy. Maybe this will happen when we merge with our smart phones.

Life may get too much for you, but that doesn’t mean you’re wrong.

I Pray When I’m Drunk

That’s always a good time to pray, when your defenses are down.

She was beautiful, she was not realistic. But am I?

To be condemned by your friend is, if nothing else, a sure way to end that friendship.

The past is varnished, and the further back it goes, the thicker is the varnish. Some things are best varnished out altogether.

Raymond and the Wires

Raymond was my father and, somewhere, he still is. The greatest influence on me, the man who passed on his gifts and demons. But I grew some of my own demons, too.

Arriving in Australia through the looking glass – even in autumn the sunlight is strong: protect your eyes!

There’s a beach on the Isle of Wight, where I sometimes live: every year I walk along it, measuring my brief human existence against the eternity of the cliffs. But they, too, are crumbling…

How does living in the USA compare to living in Britain? The USA has a greater sense of possibility than Britain, but it also has guns and Jesus. Britain has the dead hand of history lying on it a bit more than America does. Maybe. Right now, both places have been hijacked by a cabal of ultra-rich ‘conservatives’. America seems to have the best and worst of everything. People are further away from each other here. But most of my audience is here in America, too.

What have you learned most from travelling? That the biggest distance is between the living and the dead, and each of us gets to be both.

What are your best memories of The Soft Boys? Eating egg and chips after rehearsals – we were so hungry. We flew to New York for 10 days in the late summer of 1980 – that was exciting. But more often we had egg and chips.

Your music is very guitar-based. Do you feel some sort of connection to the music of Spain? Spain is a great place for Indie guitar music. I’ve played with local bands in Tarragona, Pamplona, and Barcelona, I think – they have all very kindly learned my songs. I first went to Spain, down in the south, in 1959 when I was 6: I met Pepe and Carmen, rode on a burro and saw the Guardia Civil. I was too young to know about Franco, or the Civil War. Since 1987 I’ve played shows all over Spain, and love eating, especially paella and tapas.

What did the public experience from your Loco Club show in Valencia? 40 years of songs distilled into 75 minutes, with some sublime harmonies from Emma Swift. I always enjoy playing Loco, from back in the Smoke Age…

More info and home concerts during lockdown on his page: https://www.facebook.com/robynhitchcockofficial/