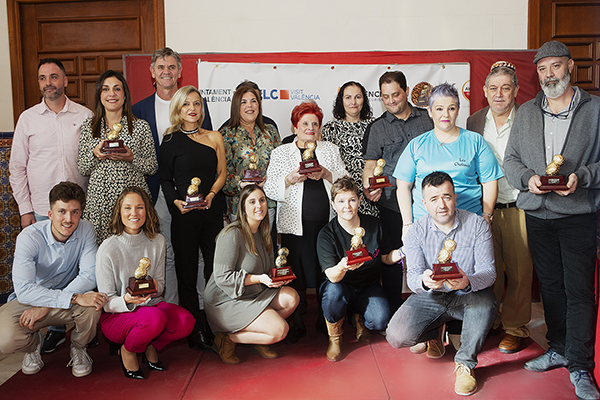 The eighth edition of the Premis Cacau D’Or has distinguished the best lunches of the Valencian community, adding 10 names to the list of restaurants that practise the gastronomic tradition of l’esmorzar in the most genuine way and with the best culinary offering. This edition of the Premi Cacau D’Or Especial Amstel attempts to educate on the importance of using local products and techniques in hospitality, especially when dealing with such a genuine tradition.  Its aim is not only to promote a better environmental sustainability by reducing transportation of products, but also it seeks to dynamise Valencian agriculture and livestock.

The gala was attended by Autonomous Secretary of Tourism, Francesc Colomer, and the Councillor for Tourism and Internationalisation, Emiliano García, who commented “the unquestionable faith placed in Valencian hospitality is being realised by placing value on l’esmorzar, converting it into an authentic gastronomic experience. There has been much creativity and innovation added to the original product and traditional recipes with the sole objective that people enjoy and share this moment more and more. That goes for visitors as well as Valencia’s residents.”

L’esmorzar  is a phenomenon that never stops growing, having evolved from the midday lunch breaks of labourers, after working since dawn. Many years later, mobiles share space with traditional recipes, physical menus exist alongside QR codes, and the best sandwiches and moments shared around the lunch table are posted on social media for all in the Valencian community to see.

From more than 200 hopefuls, after a popular vote just 10 restaurants moved on to the final, celebrated on the 15th of November at the Gastrónoma food festival, where they prepared their recipes for the new ‘De la Terra’ sandwich in a live cooking competition. A panel of judges presided over by Ricard Camarena (double Michelin Star and Green Michelin Star), chose the offer from Cafetería Restaurante Pitti (València) as the winner, a sandwich that stood out for its balance of flavours and a tempting presence. It contains farmhouse paté and is made on the grill, alongside pancetta. To this base they add poached onions, melted havarti cheese, fried eggs from chickens raised locally in Picassent, allotment lettuce and mayonnaise.

Not only does the winner receive the Premi Especial Amstel Cacau d’Or 2022, but also  €1,000 of Amstel beer, €3,000 towards decorating their establishments and a gift basket worth €200.

As well as recognising restaurants that best practised the lunch time culture and tradition, the awards ceremony also recognised those who push it forward with the prizes  s ‘Esmorzadors d’Honor’. One was given to ‘Dret a Esmorzar’, the initiative of Valencia’s law faculty to bring the esmorzar tradition to university professors and students.  ‘Ruta 99’ also received the prize, a project carried out by the Valencian Government to connect towns of the Castellón interior with less than 100 habitants to attract motorists and cyclists to pass through, with lunch as one of the enticing features. Also recognised was the El Cullerot Gastronomic Society for its promotion of traditional cooking values. The festival Fiescrem, celebrated in Xeraco, was distinguished for converting lunch into a public festival and chef Jordi Morera for his educational work.

For recipes and locations see: somesmorzadors.com 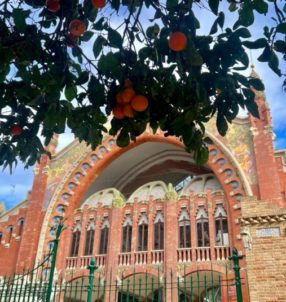