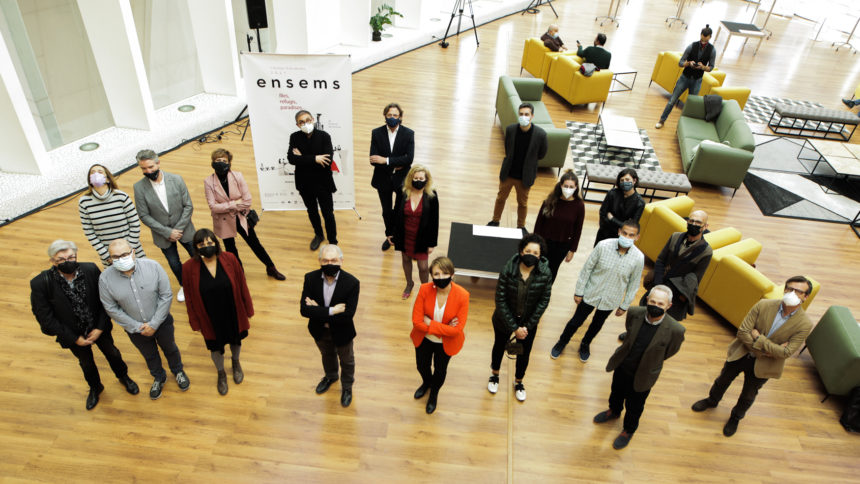 ##The Valencian Institute of Culture presented the 43rd edition of the Ensems Festival. This will include Symphonic music, Avant-Garde ensembles, Street Performances and more…

The Valencian Institute of Culture has presented the programme of the 43rd edition of the Ensems Festival, which was held from 7 to 16 May and will continue from 15 to 26 September.

43rd EDITION OF ENSEMS FESTIVAL
“Islands, refuges, paradises.”
The 43rd edition of the Ensems Festival, is an event dedicated to newly created music.

More than twenty shows will fill an event that will bring audiences to different venues in Valencia, Castellón and Alicante. In the city of Valencia, the Palau de Les Arts will be the venue for most of the activity, although La Nau will also host some shows.

The international representation will include ‘The Riot Ensemble’ from Britain, winners of the Ernst Von Siemens Foundation award for the best ensemble of 2020. The Schallfeld Ensemble (Austria), Ensemble Mosaik (Germany) and the Trio Agora (Lithuania), young ensembles already consolidated in the experimental music circuit, will also be present.

Also taking part will be the guest composers Unsuk Chin (Korea) and Liza Lim (Australia), and the Italian Pierluigi Billone, whose piece MAATME for solo percussion and ensemble will be premiered, and the Austrian Clemens Gadenstätter.

On the street, the artist Alberto Bernal and the Frames Percussion group will take over the Espai d’Art Contemporani de Castelló and the Plaza del Ayuntamiento in Valencia to premiere the work #OccupyYourSelf.

For the full programme in English: https://ensems.ivc.gva.es/en/programacin-english