You are here: Home  /  Sports  /  VALENCIA FOOTBALL…A PROMISING START TO THE SEASON
Sports 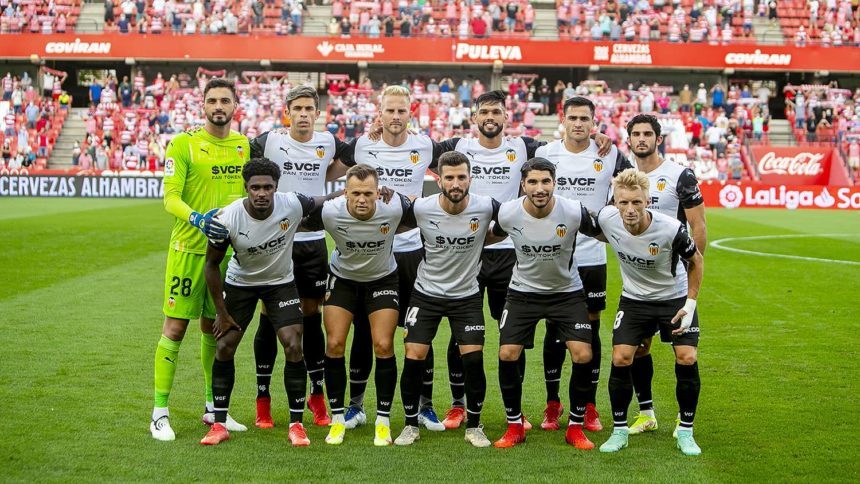 ##’Valencia CF’ have given their fans the start to the season they were craving for by bagging seven points out of a possible nine from their first three games. Further optimism surrounds the positive transfer window the team had, bringing in quality players as well as retaining key personnel fundamental to the club’s progress.

The first game of the season was against Getafe, and brought about a match up immediately for Pepe Bordalás against the team he was managing last season. The game was a scrappy, feisty affair… just as you would expect against a physical side like the “Azulones”.Valencia did get off a terrible start when Hugo Guillamón got a deserved red card after three minutes for a reckless challenge on Maksimović.

Despite the initial set back, Los Che took the lead in the eleventh minute when Carlos Soler scored a controversial penalty. Getafe’s Togolese defender Djené made a clumsy challenge on Denis Cheryshev, as he darted into the penalty area and the referee had no hesitation in pointing to the spot. A Var review left the majority of the 15,000 in the stadium nervously waiting for confirmation of the spot kick. Once confirmed, Carlos Soler repeated what he had done in the same fixture last season and converted from twelve yards out.

Unsurprisingly, Getafe controlled the game as Valencia settled for a counter-attacking approach to the game. Despite having nearly three quarters of the possession, the visitors from South Madrid did not create many shots on target.The sending off of the former Levante player Erick Cabaco late in the game evened the playing numbers, but it seemed to stir the visitors into action more than the hosts.

New goalkeeper Giorgi Mamardashvili made a point blank save in the second minute of injury time to give Valencia three points, a clean sheet and a top of the table placing, due to it being a Friday night game and the first La Liga contest of the season.

The Georgian stopper made an impressive start to his Valencia career, and he certainly looks quality and a potential starter for the first team on a regular basis.

Valencia’s first away game of the campaign was a tricky contest in Andalusia, against Granada. Europa League qualifiers last year, they finished ninth in 2020-21 and are formidable foes when on home soil at the Estadío Nuevo Los Cármenes.

The hosts took a first half lead through the Colombian Luis Suárez, and it looked like Los Che would be heading for their first defeat of the season until the dying minutes, when Valencia got their second fortuitous penalty in consecutive games.

Once again, Soler slotted home with confidence. With very little time for Granada to respond, Valencia headed back North with a share of the spoils. Alavés, again on a Friday night, were the next opponents at the Mestalla. Within three minutes, Valencia were in front with their first goal this season from open play.

Cheryshev did one of his customary marauding runs on the left flank before delivering a near post cross that Daniel Wass flicked home. Carlos Soler added a second on the stroke of half time and there was no way back for the team from Vitoria, when Guedes added a third on the hour mark… after good hold up play by Maxi Gomez.

It was particularly pleasing to see both Wass and Guedes on the scoresheet after incessant rumours in the press had the duo leaving the Mestalla in the transfer window.

As it happened both have stayed, which is definitely a positive for the club. There was, however, several comings and goings in the last few days of the “registration period”, and most observers feel Valencia have done very good business this time around.

Valencia had been linked with two of the manager’s former players at Getafe, Mauro Arambarri and Marc Cucurella. The former stayed put and the latter headed to the Sussex coast with Brighton. Unexpectedly, a third player (Hugo Duro) signed a loan deal with an option to buy at the end of the league campaign.The Getafe born forward will offset the departure of Rubén Sobrino, who has headed back to Cadiz on a permanent three-year deal, after a successful loan spell at the club last season.Another forward to join the Valencia ranks is Marcos André, who cost in the region of 8.5 million from Real Valladolid. The Brazillian known as Maranhão, came on as a late substitute in the Alavés game for Guedes… and showed some neat touches in his short cameo appearance.

Two more players were also brought into the Mestalla before the transfer window closed. Guadeloupe international Dimitri Foulquier. signed a four-year deal with the club and has previous experience in La Liga with Getafe and Granada and in England in Watford.

The final piece of business brought the Portuguese star Hélder Costa to Spain. He has played in La Liga before with Deportivo La Coruña, but in recent years he has been plying his trade with Wolverhampton Wanderers and Leeds United.

Of the players leaving the Mestalla, Kang-In Lee is the greatest loss. Having been with the club since the age of ten, he was considered a great prospect by many football aficionados. He will try pastures new at Real Mallorca, and all at Valencia will watch his progress with great interest.

Merchandise in the Asian market will be hit by the South Korean’s departure but possible compensation in this area could be in the form of the Japanese youngster Wadi Suzuki. The former Tokushima Vortis star has been given the number 30 jersey shirt, and will be assigned to the VCF Academy, and he could certainly be one of the next superstars from that continent.

Good news came on the international front as well with Carlos Soler making his full international debut against Sweden at the Friends Arena in Stockholm in the recent international. The native-born Valencian had a mixed night, scoring inside the fourth minute to give Spain the lead. However, two goals from the Swedes and a late substitution, when he was replaced by Brais Méndez, gave the Spaniards their first loss in 28 years of World Cup qualifying matches, ending an incredible 66 game unbeaten run.

‘Levante UD’ had a much less hectic August and had little activity in the transfer market until the last day when they signed the former Valencia favourite and German international Shkodran Mustafi.

On the football front, ‘Los granotas’ have obtained draws against Cadiz and Real Madrid, but went down to a single goal in San Sebastián in their last game.

The ‘Levante UD Feminino’ team had a fantastic season last year and as a consequence qualified for the Champions League. Having overcome Celtic in the first round they got a tough draw in round two when they were matched with Olympique Lyon.

The first leg was played in Spain and the game came to life in the last ten minutes, with three goals and a sending off. Melvin Mallard scored for the French and then Perle Morroni doubled the lead for Lyon. Anselmo pulled a goal back for Levante in the 86th minute to give the Spaniards a glimpse of hope in the return leg. The French will also be without their full back Selma Bacha. She was sent off in injury time. Progression to the next round will be tough but not impossible.