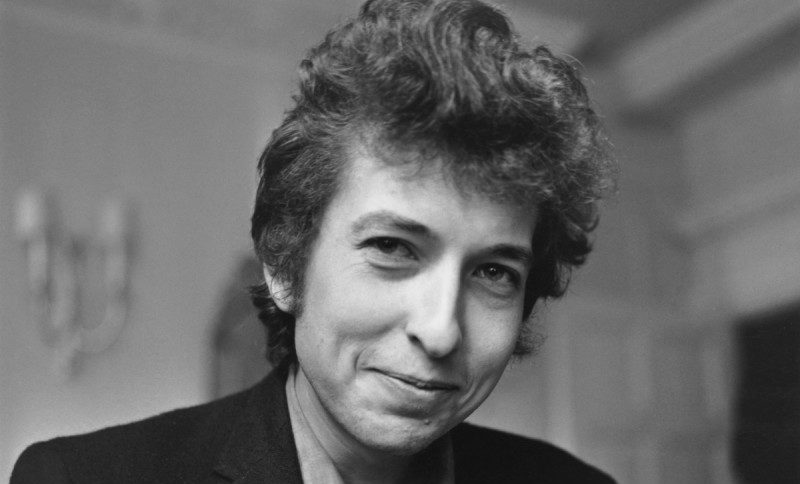 Bob Dylan remains an enigma to this day. He infuriated some literary purists when he was awarded the highly prestigious Nobel Prize for Literature and then reportedly angered the Nobel Prize judges by making an ambiguous excuse for not attending the award ceremony in person. He certainly wasn’t going to make things too easy for his foes or his followers! Like Frank Sinatra, whose repertoire he has covered in recent times, Dylan likes to do things his way.

“A lot of people can’t stand touring but to me it’s like breathing. I do it because I’m driven to do it.”
Bob Dylan

Indeed, Dylan has been on his “Never Ending Tour’ since 1988. As a young man, Dylan had a fondness for marijuana and “cheap red wine.” Though a very acquired taste, he has perhaps become like a somewhat special vino that is arguably getting better with time. He is not just a singer, he is undoubtedly a living legend and part of that myth is somebody who is bigger than any fad or fashion. He is the words and he is the music. After 39 official albums, for all his musical weaknesses, his strengths are many and the whole remains greater than the sum of its parts. While so many ageing bands and singers get written off in old age as mere nostalgia trips… his reputation as an artist continues to grow through films, awards, poetry, new album releases, radio shows, box sets and touring.

“The land created me. I’m wild and lonesome. Even as I travel the cities, I’m more at home in the vacant lots.”
Bob Dylan

Dylan never lost the will or need to morph and adapt to his surroundings. He was born Robert Zimmerman in 1941, the Minnesota son of Jewish parents of Ukrainian & Lithuanian descent. Indeed, his paternal grandparents had escaped the pogroms of Odessa in what was then known as the Russian Empire. Perhaps his restlessness comes from way back…

Bob grew up with the exciting sounds of rock’n’roll as a teenager in the 1950s with Elvis, Little Richard and Jerry Lee Lewis blasting on the radio. However, he was turned on even more by folk music around the time he got to University… reflecting that “the songs are filled with more despair, more sadness, more triumph, more faith in the supernatural, much deeper feelings.”

Describing his decision to change his name to Dylan, he has sometimes justified it with a love of Dylan Thomas’ poetry as well having the “wrong name and the wrong parents…after all, this is the land of the free.” After a year at college, he dropped out, visited a dying Woody Guthrie in hospital and moved to Greenwich Village where he quickly enveloped himself in the local folk scene.

As his star grew, an increasingly interested press and public were drawn to Dylan’s music and words. These were lyrics so different to what had been expected and accepted in popular music before…

“And take me disappearing through the smoke rings of my mind
Down the foggy ruins of time, far past the frozen leaves
The haunted, frightened trees, out to the windy beach
Far from the twisted reach of crazy sorrow
Yes, to dance beneath the diamond sky with one hand waving free
Silhouetted by the sea, circled by the circus sands
With all memory and fate driven deep beneath the waves
Let me forget about today until tomorrow”
Bob Dylan

He was the archetypal angry folk protest singer with ‘Blowin’ in the Wind’ and ‘Masters of War.’ Then he was the insolent, druggy electric poet of the highly productive ‘Like a Rolling Stone’ and ‘Blonde on Blonde’ era and then the contented family man of ‘Nashville Skyline’ and ‘New Morning’ as the sixties came to an end. His separation from his wife Sara (‘Sad Eyed Lady of the Lowlands’) in the mid-seventies brought a creative burst with “Blood on the Tracks”, which many see as one of his finest albums. He surprised many when he turned to Evangelical Christianity in the late 1970s and released the albums ‘Slow Train Coming’ and ‘Saved’, which related to his interest in the Born Again movement.

Over the last 30 years, he has released some acclaimed albums including ‘Love and Theft’ and ‘Time Out of Mind.’ More recent albums have seen him revisiting the ‘Great American Songbook’ covering pre-rock’n’roll genres not generally associated with him, bringing a more jazzy and swinging feel to his music in concert. Bob Dylan still divides opinions to this day. He just wouldn’t want it any other way!

“DON’T THE SUN LOOK GOOD
GOIN’ DOWN OVER THE SEA?”

A magical little evening in Valencia. The concert at ‘Plaza de Toros’ left its mark.  If anything, Dylan’s singing has improved compared to his previous visit to the city of Valencia, at Viveros Gardens. The wise old bard from Minnesota starts the show with a trudging ‘Things Have Changed’ with little pageantry & aplomb. This is the song that won him a soundtrack Oscar that he brings to every show… along with a bust of a woman representing his muse.

There is a palpable warmth emitting from the stage as soon as he begins. This shows that he cares for his public and connects with them despite the nonchalant appearance and strictly no audience banter between songs. It’s a Duende of sorts and it comes and goes during the gig. His band are tight and almost minimalist in their own way. They are there to serve the song and not themselves. Their clipped virtuosity contrasts with the looser feel of Dylan’s musicianship and it works. He directs the well-rehearsed band throughout the show with an easy authority.

Strictly no snazzy keyboards on stage. Dylan alternates between sitting and standing behind a grand piano. It’s a joy to see and hear him in this stripped-down and more organic state. “It Ain’t Me Babe” is perhaps a touch lumpen, which is probably due to its unlikely arrangement and he just loves to plays around with the original melody so as to make everything almost unrecognizable save the choruses. “Highway 61” really lets the band take off with blues slide, stomping piano and a driving rhythm section.

Next up is ‘ Simple Twist of Fate’ off his “divorce album” aka ‘Blood On The Tracks.’ It’s a charming reinterpretation and his iconic harmonica playing  is a joy to hear. Gone is his trademark wooziness & shrillness of  sound to be replaced by a melodic harmoniousness, and the public are clearly delighted to hear it for the first time.  With banjo & double-bass, ‘Scarlet Town’ is a superbly arranged rendition, which ebbs and flows. Hipster Dylan treats the crowd to a hands-free serenade, cool and standing at the mic.

‘Like a Rolling Stone’ gets the crowd clapping along and features a bowed double-bass as Dylan conducts and orchestrates the band to play with soft and loud, fast & slow dynamics. This all adds extra layers of meaning to one of his finest songs. Perhaps the most affecting song of the night is ‘Don’t Think Twice, It’s All Right’ which pulls at the heartstrings with its eternal theme of disappointment in love. It features a beautiful harmonica solo by Bob that is joyfully sad and reflective and poignant. He sings this one like he really means it. With powerful slap-bass, ‘Early Roman Kings’ could well be about the gangs of the Bronx but there is also a nod to the Roman Empire, here or there. His quartet really let rip with a bluesy late-night groove with shades of Muddy Waters, Son House and Booker T and the MGs. Sicily meets the Mississippi?

Some people dismiss Dylan’s “Evangelical phase” but the the fact is that he produced some great songs in that period. He treats us to a wry & wise rendition of ‘Gotta Serve Somebody.’ That’s coming from someone who has lived just a bit! Not that he needed it but winning the Nobel Prize justifies even more that what Dylan has is truly unique. He seems happier than during his last visit, the customary tension and underlying harshness in his demeanour & voice replaced by a serenity of sorts. Here is a man with nothing to prove but a healthy addiction to live performance.

His stagecraft habit of going centre-stage after every other song, for applause and effect, works because he connects all the more with the audience. The man has charisma by the bucketload and you sense the crowd is watching his every move. He says nothing but he does gesture with his hands in all sorts of positive ways. He’s someone who lets his songs do the talking…and they have plenty to say. The encore features a memorable and well-paced ‘Blowin’ in the Wind’ with violin and a gloriously messy ‘It Takes A Lot To Laugh, It Takes A Train To Cry’ to finish. The overall vibe was very positive between the artist and his fans, who left the concert in a good mood. If this is the last time Dylan ever plays Valencia, it was a dignified way to end.

It Ain’t Me, Babe

When I Paint My Masterpiece

Tryin’ To Get To Heaven

Make You Feel My Love

Thunder On The Mountain

Blowin’ In The Wind

Article by Will McCarthy (copyright 24/7 Valencia)