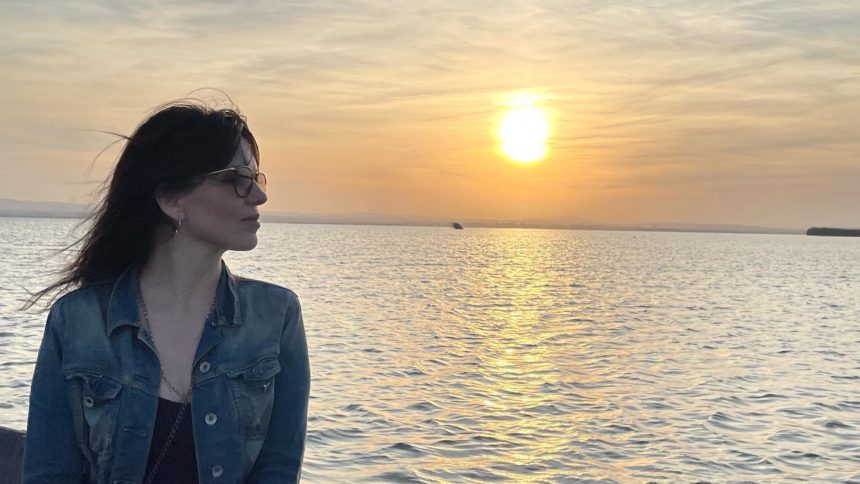 Imelda May, who released 11 Past the Hour  last year, very recently took centre stage at Valencia’s Deleste Festival. The prominent Irish singer, who incorporates elements of rock and jazz in her work, kindly sat down to answer some questions in an exclusive interview for ‘24/7 Valencia’. The interview no doubt conveys her strong creative presence and perceptive nature, as she delves into questions regarding both her recent works and early musical influences.

24/7 VALENCIA:Your sixth studio album, 11 Past the Hour was released just over a year ago. Can you tell us a bit about the album and what it symbolises for you?

IMELDA MAY: So, 11:11… I kept seeing this number everywhere for a while. It made me curious, and it made me investigate. It’s a very interesting number and is a calling, apparently, from the spirits to open up the universe to you; it invites you to learn more and expand your mind and your experiences. So, I accepted the invitation. I began to write, and it seemed to all fall into place – it made sense to me. It is a silly little coincidence, really, that I got the ’11 Past the Hour’ title of the album made into a piece of artwork. It’s a neon light for the front of the album cover. I didn’t want to superimpose it onto the album later, you know? I wanted it to actually physically be a title that existed in the world, so I got it made and I put it beside me in the bed. The cover of the album is a picture that I took myself in the mirror. The ’11 Past the Hour’ title, if you look in the headboard of my bed, you can see that it’s reflected. And it reflects the number ‘11’, so it again becomes the number 11:11. So, it feels as though it’s meant to be. It symbolises openness, learning, truth and honesty. I wrote very honestly on this album about love, life, sensuality and connections.

Do you have a favourite track on the album, and why?

Not really. I mean, I put everything on there because I wanted it on there. There are many tracks that didn’t make the album, where I liked the songs but they don’t sit together as a body of work. I work on an album as a body of work and put it together and present it, and I work really hard to make it all a piece of art so that it all works and exists together – from the artwork, to the music, to which songs go on the album. I believe in that. I believe in a body of work that sits together for a moment in time. ‘Solace’ is the only song on there that I wrote as a poem. My friend Pedro Vito, a wonderful writer and guitarist, saw that poem and said “you need to turn this into a song”, and we sat and worked on it together. He took up his guitar and it’s almost exactly word for word the way it was in my poetry book. I just added some music and I added some melody and yeah… Solace is quite special to me for that reason.

Featuring other artists on your tracks is not uncommon for you. For example, you feature both Noel Gallagher and Ronnie Wood on your track ‘Just One Kiss’. How would you describe your personal collaborative process?

You know, I like to be excited and I like to have fun. I get to work with amazing people and I get to have great friendships with amazing people, too. You meet people in your circle and you click. I like to be around people I admire, I like to be around greatness and excitement – it fires me up. Andrew Innes is on this album and Charlotte Hatherley as well, very much so. Charlotte plays most of the guitar on this album; she’s from Ash and many other bands that you’d know. Andrew Innes is from Primal Scream and he’s on a few songs from this album also. Ronnie Wood – I was touring with Ronnie on his Chuck Berry album – and then he said, “Give me a shout, let’s work together again soon”, and I called him, and I said, “Do you want to be on my album?”. He said yes, and then while I was writing and recording the album, Noel Gallagher texted me and I just asked him if he would join me for this duet because I really felt that ‘Just One Kiss’ needed to be a duet. He’s so amazing, he’s so fucking cool, and I thought both of those guys would bring something exceptional. I believe they did. So, yeah, my collaborative process is exciting, fun and joyful.

Who would you say were your main musical influences growing up?

So many. I’d be here all day. I suppose Billie Holiday was an early influence on me. Traditional Irish music was my earliest influence, so Luke Kelly, Phil Lynott, Rory Gallagher, the Horslips and Gary Moore; all of these people were part of my life from an early age. Oh… who else? Aretha Franklin, Ella Fitzgerald, Janis Joplin, Wynona Carr, Wanda Jackson, Maria Callas, Jim Morrison, Joe Cocker, David Bowie, Nina Simone. You know, just so many artists for so many different reasons. But when I was young, at home, we had one record player. It was a small house and it was seven of us, and so I got to hear all the music of my brothers and sisters which was everything from The Specials to David Bowie, The Carpenters, Judy Garland, Meat Loaf, Elvis, Johnny Cash. So, it was a huge mixture of great music that I was brought up listening to, as well as amazing traditional Irish music. So, I was very lucky, and then I got into blues big time. Blues and jazz, and that influenced me hugely. I got big into exploring, exploring music that moved me. I got into the Clash, the Cramps, Ramones and from the Cramps I then discovered a lot, such as rockabilly. Music is fluid, you know? I could hear all of the influences in people that I loved, where it came from and where it was going.

I can see that your creativity is not confined to music, and that you have also turned to poetry. Can you talk to us about your poetry a little bit, and how writing poetry differs to writing music?

It’s more free, I suppose, to write poetry. It’s liberating. It has less restrictions because I don’t have to think about arrangements, the band or the song as a piece within a certain time frame. So, I can write as long or as short as I want, I can change the rhythms and the patterns in it to whatever I feel. The subject matter, maybe, is wider. But what I try to do is bring my poetry into music. I’ve been writing my poetry for years, and what I try to do is keep my poetry-head on when I’m writing music, not the other way around. Poetry influences my song writing, so I would say poetry comes first for me. It’s what I read most, and have done for years. My father used to read me poetry as a child going to bed. So, yeah, poetry has been a part of my life since I can remember. Anything creative… art is what inspires me. I see art in everything, you know, I can see art in a tree. (She laughs). It’s creativity, it’s creation, that’s what inspires me.

You really took to Valencia…

Photo ‘Imelda May with Valencia sunset’