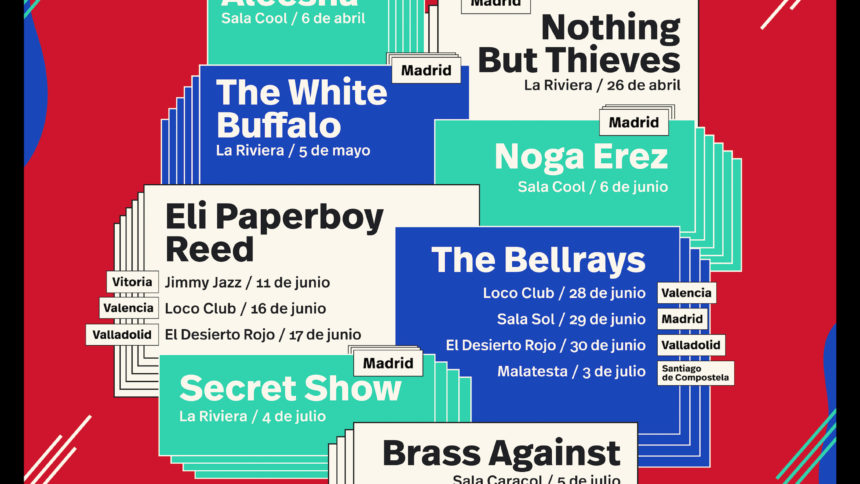 The countdown to the celebration of Mad Cool Festival 2022, one of the great events of live music in our country, has begun. Vibra Mahou, the music platform of Mahou Cinco Estrellas that promotes live music, has launched the Vibra Mahou by Mad Cool Tour: 13 concerts that bring the whole essence of the festival to the halls of six Spanish cities.

The tour arrives in Valencia with the live performance of Eli “Paperboy” Reed at the Sala Loco Club on June 16. The artist will present themes from the fifties, with the aesthetics and authentic spirit of the most genuine rhythm and blues. An admirer of figures such as Chuck Berry or Billie Holiday, he has now embarked on a stylistic journey into country music.

The tour will continue with the concert of The Bellrays at the Sala Loco Club in Valencia on June 28. The band, best known for their vintage sound of rhythm and blues seasoned with jazz, has been progressing towards a combination of punk, funk, soul and rock.