You are here: Home  /  Music  /  Anita Rachvelishvili debuts in Les Arts with songs by Tchaikovsky, Falla, Rakhmaninov and Tosti
Music 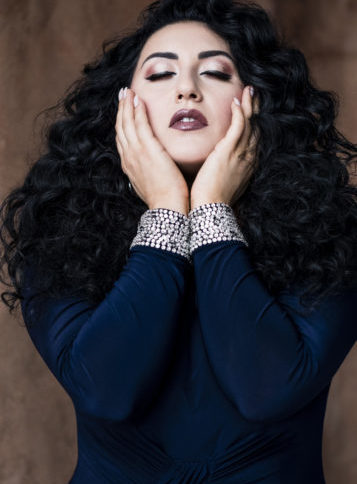 ##- The Georgian performer, known for her powerful and seductive voice, is one of the most sought-after artists on the international circuit

– The ‘mezzo-soprano’, accompanied on the piano by Vincenzo Scalera, inaugurates the 2021 program with this recital of the cycle ‘Les Arts és Lied’

The ‘mezzo-soprano’ Anita Rachvelishvili makes her debut at the Palau de les Arts this Sunday, January 17, with songs by Tchaikovsky, Falla, Rakhmaninov and Tosti in the Main Hall at 6 pm.

The Georgian performer, one of the great divas of the current operatic scene, will open Les Arts’ activities in 2021 with this recital within the cycle ‘Les Arts és Lied’. Accompanied by the prestigious pianist Vincenzo Scalera, the ‘mezzo-soprano’ offers a varied programme for her visit to Valencia in which she will demonstrate her versatility and her seductive voice.

Faithful to her commitment to defend the musical culture of her country, Rachvelishvili will begin the evening with ‘The Sun has Faded’, by her compatriot Otar Taktakishvili, to enter fully into the great names of the Russian repertoire, with lyrical pieces by Piotr Tchaikovsky and Sergei Rakhmaninov. She will also interpret the Italian Francisco Tosti with ‘Non t’amo più’, ‘Ideale’ and ‘Tristezza’, to conclude with ‘Siete canciones populares españolas’ by Manuel de Falla.

For those interested, the seats for the recital of Anita Rachvelishvili within the cycle ‘Les Arts és Lied’ have a price range between 20 and 40 euros.

Les Arts, in its commitment to diversify audiences and address all forms of musical expression in this section of the programme brings together the most recognized stars of the international circuit.

The next appointments for ‘Les Arts és Lied’ include performances by baritone Christian Gerhaher (February 12th), one of the leading authorities on this musical form, the acclaimed soprano Sonia Yoncheva (April 25th) and René Pape (May 16th), considered by critics to be the best of his generation.

The Georgian ‘mezzo-soprano’ Anita Rachvelishvili is one of the most recognized singers of today. She began her international career in 1999 with her debut in ‘Carmen’ at La Scala with Jonas Kaufmann, under the baton of Daniel Barenboim, following her time at the prestigious academy of the Milanese coliseum.

It did not take long to reincarnate the emblematic role in theaters such as the Metropolitan, Deutsche Oper Berlin, the Staatsoper Munich and Berlin, the operas of Seattle, San Francisco, Chicago, Dresden and Rome or the Arena in Verona.

It has also been acclaimed at the Paris Opera, the Covent Garden and the Vienna Staatsoper, among other temples of the lyric. Her first album, which includes a selection of famous arias for ‘mezzo-soprano’, has received formidable praise from critics.