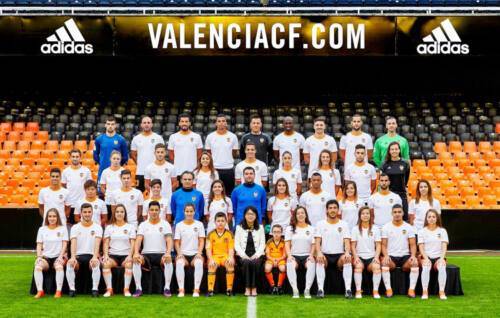 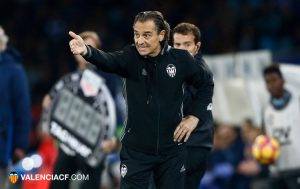 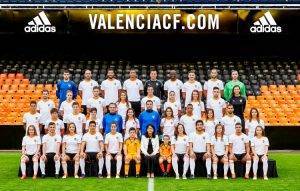 2016 has been a horrible year for Valencia fans and at the moment the signals do not look good for any signs of improvement in 2017. The club continues to haemorrhage badly, both on and off the pitch, and decisions made at the top level continue to bamboozle and astound the socios and abonados. Heading into the New Year after the failed appointment of rookie coach Gary Neville and the equally disastrous choice of Pako Ayerstan, it was obvious the club needed a well established and experienced manager to take control and sort out the mess from top to bottom.The decision to put Cesare Prandelli in control was not the preference of everyone but the Italian’s pedigree cannot be questioned, having managed his National team and other quality clubs like Roma and Galatasaray of Turkey.

With an Italian coach comes the notion of a solid defence, but to date this season Valencia have failed to keep a clean sheet in any La Liga game or the Copa Del Rey. Many of these games were before Prandelli’s time but even now, during the handful of games he has been in charge, the defence continues to look brittle and vulnerable to any kind of pace or creativity from the opposition.

The acquisitions of Garay and Mangale may prove to be the answer with time but clearly it is a work in progress that needs much effort on the training pitches at Paterna before it becomes the finished article and matches the understanding that Otamendi and Mustafi had a couple of seasons ago. However, one thing is for sure, if the club wants to move forward it must desist of the unhealthy habit of acquiring Jorge Mendes based players. His friendship with Peter Lim has led to a plethora of the Superagent’s protégés signing for Los Che. True, some of the signings have been successes but as soon as a player starts playing well consistently then they are touted to marquee clubs as possible transfer targets.

Otamendi and Andre Gomes are prime examples, and another Joao Cancelo is being linked with a switch to Barcelona in the January transfer window. These exceptions cloud the fact that most of the Mendes clan have underperformed for the club since their arrival at the Mestalla. Rodrigo, Santi Mina, Enzo Perez, Ruben Vezo, Nani and Garay are all on the businessman’s books and to date have done little to convince the fans they have been worth their large transfer fees.

Add to that fringe player Zakaria Bakkali and departures of Negredo and Yoel and there is a lot of wasted money there that undeniably helped Valencia fall foul of UEFA’s Fair play regulations.Undoubtedly, the biggest disappointment of all the Mendes experiments has been Aymen Abdennour. Signed from Monaco (where he was playing in the reserves) for a reported fee of 22 million Euros, he has failed to command a first team place and his actual performances have had the feel of a “poor man’s Philippe Senderos” about them when he has been picked to play. Mendes has overseen similar projects at Real Zaragoza and Deportivo La Coruna were the nucleus of the players came from his domain and both teams ended up being relegated.

Off the pitch, Peter Lim and his team must work to patch up the bitter fight they have got embroiled in with the ‘Curva Nord’. The Curva Nord are by no means angels and have their critics amongst other fans but they are Valencia’s most passionate fans. Seated behind the North goal, they are the heart and the soul of the Mestalla. When the Curva Nord is rocking so is the rest of the ground, making the stadium electric and evoking a fortress-like atmosphere that few opposition teams will prevail in.

This season the Curva Nord have been lukewarm in their support for their team and this has been reflected in the subdued buzz in the stadium before and during recent games. Before the Malaga game, the Curva Nord did instruct its members and fans to rally around the club and meet before the game to cheer the team into the “vestuarios”. Unfortunately, it did not produce the ideal result as Valencia conceded a goal in injury time once again to give Malaga a share of the spoils.

Next year should also be the time to blood some of the excellent prospects who have been starring in the B Squad. The Valencia Mestalla youngsters are having a great season and are currently lying third in their league behind Barcelona B and Alcoyano.

The likes of Fran Villaba, Lato, Carlos Soler, Rafa Mir and Nacho Gil have all had limited first team exposure (normally on the bench) and are close to an introduction to the big stage.
Villaba is a particularly exciting find. Built in the mould of David Silva, the teenager has the guile and creativity to deliver a defence-splitting pass and thrill the crowd in the way the likes of the Manchester City star and Mata and Mendieta and Baraja used to. He is ready-made competition for Dani Parejo, whom these days has just as many bad games as good. You can check out Valencia Mestalla at the Antonio Puchades Stadium on Sunday 11th December when they entertain Lleida Esportiu in a league match.

Even at this stage of the season, the Copa Del Rey looks the only opportunity for silverware this year. Valencia have started well with a 3-1 victory at Leganes. The second leg takes place just before the Christmas break on December 21st at the Mestalla and prices are heavily reduced and include a two for one offer. Kick off time is 9pm.

2016 may have been Annus Horribilis for Valencia CF but it is ending nicely for Levante UD. Since their relegation from La Liga in May, the club from the North of the city have shown great spirit and character and sit pretty at the top of the table as Christmas approaches.

Levante were sitting four points clear with a game in hand over their closest rivals Girona, when the two teams met in Cataluyna in the first week in December but a victory for the Catalans reduced the gap to just one point. Despite this minor hiccough, Los Granotas now look the complete package and securing an automatic promotion spot back to La Liga at the first time of asking looks a distinct possibility.

John Howden
Anyone wishing to watch football in Valencia can obtain tickets from the box offices of both clubs. Further information can be found on the following websites.
www.valenciacf.com
www.levanteud.com