You are here: Home  /  Art  /  ART IN VALENCIA at MuVIM….HOMAGE TO LEGENDARY FILM DIRECTOR ‘BERLANGA’ UNTIL SEP 19th
Art 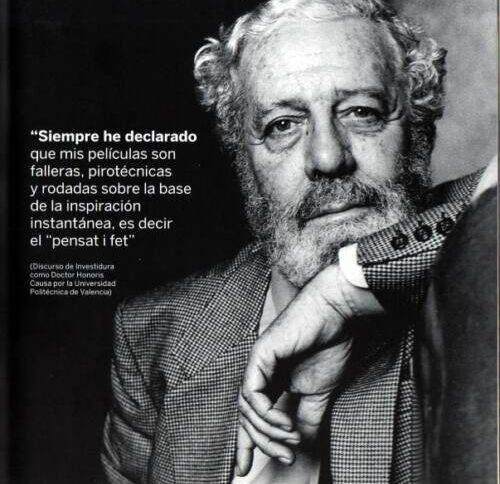 ART IN VALENCIA at MuVIM….HOMAGE TO LEGENDARY FILM DIRECTOR ‘BERLANGA’ UNTIL SEP 19th

24/7 VALENCIA: Can you tell us more about the exhibition?

MUVIM: “Luis García-Berlanga Martí was born in València, 1921 and died in Madrid, 2010. Therefore, 2021 is the 100th anniversary of his birth and Valencia will be celebrating Berlanga throughout the year with a number of events. Berlanga was undoubtedly the last of the Enlightenment. At least if we understand the Enlightenment in the manner of Michel Foucault, as a critical attitude towards the present that each of us has had to live in, rather than as a doctrinal corpus. And this is precisely what the films of Berlanga are about, who knew how to “make use of his understanding without the tutelage of another” – the canonical definition of the Enlightenment according to Immanuel Kant – at a particularly dark moment in our history, during the Franco regime, when this was particularly difficult to achieve.”

“One has more or less sketched out a theory of farce, by which it turns out that the three great national farces of the dictatorship (when “cachondeo” was a form of passive resistance) were Cela in the novel, Fernán Gómez in the theatre and Berlanga in the cinema.” (Francisco Umbral)

24/7 VALENCIA: What do his films reflect?

MUVIM: “His work takes a lucid and critical look at Spanish society in particular and human beings in general. A caustic and sardonic look at times – but respectful and tolerant, someone who persisted in believing that the world could be saved “through tenderness and smiles”. It is to this enlightened liberal, unrepentant vitalist and “lazy, slow and Mediterranean” that the MuVIM – within the framework of the Berlanga Year approved by the Valencian Parliament and declared by the Consell de la Generalitat – wishes to pay tribute in 2021, the hundredth anniversary of the filmmaker’s birth.”

“…] I have never been a great believer in solidarity. Bear in mind that ¡Bienvenido…! is written in collaboration with Bardem, who is a man who believes in generosity, in collective awareness, in solidarity. I don’t believe much, although I would like to believe”.
‘Conversations with Berlanga’ (Manuel Hidalgo & Juan Hernández Les)

For an exclusive article on life and work of Berlanga:https://247valencia.com/legendary-valencia-film-director-luis-garcia-berlanga/ 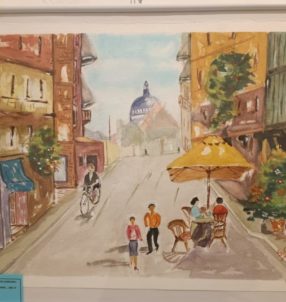