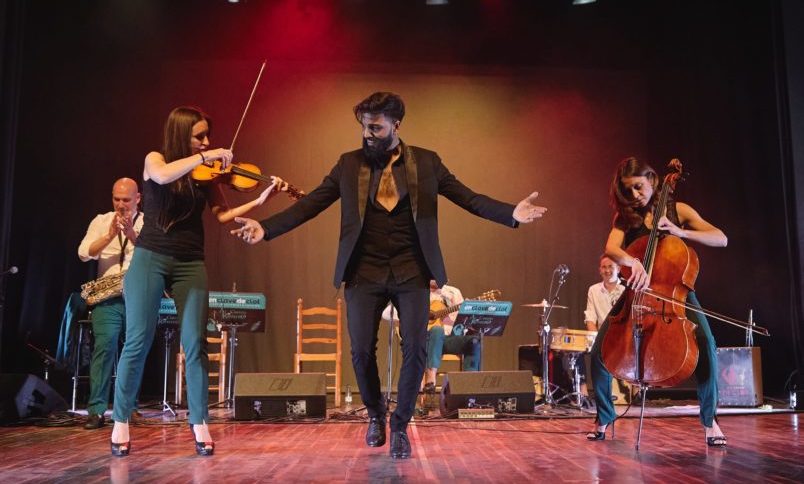 This October, Bancaja Foundation returns with its cycle ‘Concerts a la Fundació’ .The concert series, in collaboration with Pavasal, will run until February 2023 with seven performances of flamenco, classical and contemporary music all taking place at Bancaja Foundation’s headquarters in Valencia.

The fifth edition of Concerts a la Fundació will begin next Friday, October 28, with a performance by the Valencian group En Clave de Clot. On November 11th there will be a concert by Berklee València students and the pop-rock group La Habitación Roja will perform on November 25th.

On December 2nd, the recital “Jewels of the musical baroque” will be given by the young musicians Fernando Pascual and Francesc Gamón, organized by the Eutherpe Foundation. On January 13th soprano Carmen Avivar and tenor Eduardo Sandoval will take the stage together and Berklee musicians will perform together on January 27th. The series will close on February 10th with the flamenco singer Soleá Morente.

En Clave de Clot will open the musical series with its new show “Al compás del romero”. Since its creation, this company has been committed to fusing the essence of classical music and flamenco. Now, it goes a step further and advocates the crossbreeding of musical chords with a representative fragrance of the land to evoke soundscapes, transmitting the purest of both styles.

The compositions of En Clave de Clot are unique, produced among all its components and are an example of the perfect synergy of the fusion of their different techniques, characters and emotions. “Al compás del romero” offers an original art born in El Cabañal from the hand of the components of the company: Lola Bendicho (violin), Teresa Alamá and Jaume Domenech (cello), Enrique Jiménez (vocals and guitar), Juan Giménez (dance and cajón), Juan Carlos Martínez (percussion), Pepe Calatayud (saxophone) and Shelina Sánchez (dance).

The concert will take place on Friday, October 28th at 20:00h in the auditorium of the Bancaja Foundation (C/General Tovar, 3). Advance ticket sales will begin on Tuesday 25th from 17:00h at the box office (Plaza Tetuán, 23).

More information about the cycle and ticket sales can be found on the website www.fundacionbancaja.es