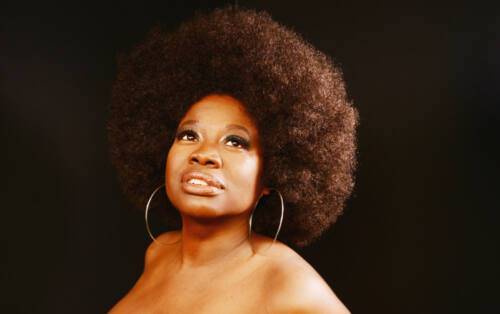 ##Born and raised in Brooklyn, Bette Smith reconnected with her musical roots in Memphis and Mississippi. Recording her first album there took her back to the gospel that she sang in the church and to the soul music that she listened to in her neighborhood during hot New York summers, when Brooklyn was a dangerous place and full of street gangs.

With ‘Jettlager’, Bette also fulfills a promise she made to her brother Junior on her deathbed, affected by kidney failure; that he would not give up on his career as a singer. “It’s all because of him,” she says.

Jimbo Mathus, founding member of the Squirrel Nut Zippers, musician for artists such as Valerie June, Buddy Guy or Elvis Costello, solo artist and producer of Luther Dickinson or The Seratones among others, produced the album and sent new recordings to Big Legal Mess Records, subsidiary of the Fat Possum seal, which signed it immediately. “Bette far exceeded all expectations,” says Mathus.

The whole album was recorded live, surrounded by the swamps of the Mississippi and the southern legacy of soul, but with the aggressiveness and the New York passion of Bette. “I felt like Tina Turner and Etta James,” says the interpreter, who deftly performs between numbers of rocky soul-rock, funk, and borrowed sounds from the Blaixplotation soundtracks. There are fiery versions of Lone Justice (that “I Found Love” co-written with Steven Van Zandt) and a strong connection to gospel through the final cut, the “City In The Sky” of the Staples Singers.

In fact, Ray Charles invited her to collaborate with him after hearing her sing in a church in Los Angeles, shortly before passing away.

They have compared her to the power of Big Mama Thornton and Bessie Smith, the classic elegance of Joe Williams, the dynamism of Koko Taylor and the energy of Janis Joplin, all wrapped in the magic of Billie Holiday. Timeless music (soul, rhythm & blues) with Mississippi roots.

Due to circumstances of  life, Leya landed in Valencia from Paris. She started playing on the street and eventually found different musicians to follow her original path. Leya & the Gentlemen began its journey in 2017 and at the end of that same year published its first EP. Leya (vocals), Iván (bass), Pablo (drums), Javi (saxo), Carlos (guitar) and Ruymi (keyboards). Different influences and genres combine and together they make soul with roots in folk and jazz. The lyrics vary between English and French.