You are here: Home  /  Sports  /  Club Náutico Benidorm and Real Club Náutico Valencia triumph in the IV Regatta of the SUMA League in Valencia
Sports 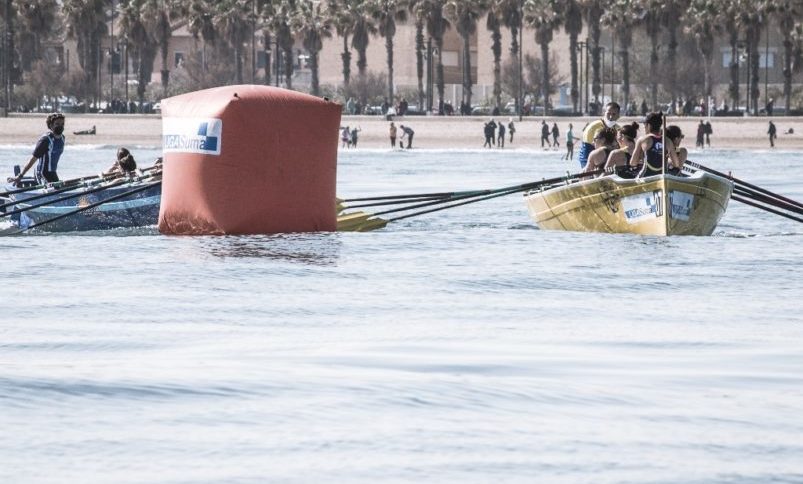 #Club Náutico Benidorm and Real Club Náutico Valencia triumph in the IV Regatta of the SUMA League. Valencia has been the scene of the IV Regatta of the SUMA Fixed Bank League of the Mediterranean. More than 300 athletes gathered last Sunday in ‘La Marina de Valencia’ to offer a beautiful show of rowing on the Falucho Llaüt Valencià boats. The weather was fine and the rowers were able to complete a high level regatta. The event was organised by the Club de Remo Ciudad de Valencia, in collaboration with the Rowing Federation of the Valencia Region and sponsored by SUMA Gestión Tributaria.

The women’s junior event was attended by representatives of the Real Club  Náutico Gandía and in the men’s category in this age group, the winners were the boys from Real Club Náutico Denia.The first classified in the mixed event was the team of Club Rem Cia Gandia, while a boat from Club Náutico Benidorm offered the best paddles in the category of paddles in the category of Breast Cancer users.

The veteran category was the one with the most teams, a total of 16, and one of them was the main protagonist. Club Náutico Benidorm took the female and male victories. The women finished the race in a final time of 26 minutes and 1 second, while the men stopped the clock in 24 minutes and 10 seconds; both times established after applying the    corresponding compensation.The senior race also had a club that left its mark in the form of a double victory.

The Valencian club repeated their victory in the men’s leg, after 24 minutes and 46 seconds; and in a very exciting final leg, as the difference with respect to the second classified,  Real Club Náutico Denia, was five seconds.

Secció Esportiva Universitat d’Alacant repeated in third place on the podium. In this way, the absolute teams of Real Club Náutico Valencia are now the outstanding leaders in the overall classification after winning all the races sailed so far. The SUMA Mediterranean Fixed Bench League continues its course with the V Regatta, scheduled for next Sunday 13th February in Calpe.