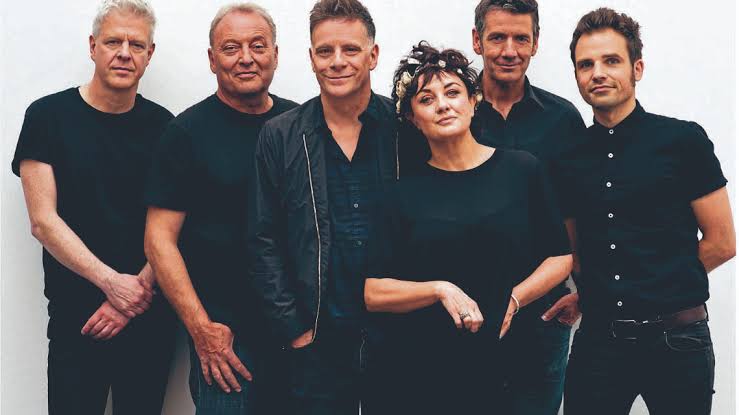 ##Scotland’s Deacon Blue have just released a new album, “Riding On The Tide Of Love”. It contains eight new songs (the title track was the lead single in November 2020) and the band’s singer Ricky Ross has commented: “When we released ‘City Of Love’ last March we celebrated it being number 1 in Scotland and 4 in the UK, we were expecting a summer full of festivals, followed by a big tour at the end of the year. As we all know, that didn’t happen. And once that dust settled we saw that we weren’t going to hit the road for quite some time. So ‘Riding On The Tide Of Love’ is the follow-up to our previous record, ‘City Of Love’, a companion to it that we’ve been recording piece by piece, going into the studio one at a time to record our individual parts. In its own way, it has brought us together. And we hope it brings you together too. Three of his songs, ‘Look Up’, ‘Send A Note Out’ and ‘She Loved The Snow’, were recorded during the ‘City Of Love’ sessions, while the other five we started then but finished during the confinement”.

24/7 VALENCIA: 1. You were touring Valencia and Spain not so long ago….

DEACON BLUE: We had an amazing reaction in Valencia with a sold-out show. Hopefully, when we have a new record out we can build it up a wee bit and will be back again one day.

2. What were your memories of playing Valencia from 28 years ago?
To be honest, I can’t remember one show in particular. I just remember it being all good in Spain. People were lovely, an amazing audience here, they listened and they were passionate too. We felt creative! (laughs) We were writing songs at soundchecks. For us, playing Spain was a hugely positive & magical experience and we kinda missed it.

3. Did you manage any  sightseeing ?
Yes, we did! It’s because everyone tells me how beautiful Valencia is. I  love to sightsee and we saw the old town. We’ve always stayed on the outskirts with previous tours!!!

4. What’s the atmosphere like in the band while you’re on tour?
Sadly, our original guitarist died of cancer in 2004 and our original bassist went off to do other projects. However, the 2 members who replaced them fit very well in the newer line-up. We’re very happy. We work hard at making the shows great. Everyone enjoys touring, it’s fun…like a working holiday! We’re getting on a bit so we have to look after our bodies!(laughs) We enjoy each other’s company a lot, it’s a magical thing.

5. It has been said that your album ‘Believers’ is a journey into the darkness. Could you expand on that?
‘Believers’ is a lot about people travelling across Europe to get to a country to find a home, like refugees and asylum seekers. All of us have travelled from somewhere and everyone is looking for a place called home. There is a connection there with people and they can relate to that story of how we cope with that sense of it, how we integrate, how we welcome people, how we treat people. These themes are going to be around for a while…

6. It has been said that ‘A New House’ is a love letter to Scotland. Do you have a view on Scottish independence?
As a band we have disparate views but I campaigned openly for Scottish independence. It’s a complex issue but I don’t wake up every morning thinking it is the answer to everything…whatever some people think!

I’m for it; I think we should have it. I would love to see Scotland back in the European Union and Scotland being independent might be the best way to do it. There’s a spectrum of opinions about the issue within the band.

7. What is your opinion of Brexit?
It’s a disaster!!! As a band we are all anti-Brexit and depressed about it. The majority in Scotland voted against it. We were complacent about it because we didn’t think it was going to happen!

8. Have your radio shows with the BBC impacted your own music?
We do a lot of sessions. Yes, it’s a real honour to have so many great musicians playing on my show and it sort of becomes an extension of your own songwriting life. People like Ryan Adams, members of Dixie Chicks, Tom Russell, Patty Griffin and Rosanne Cash. From country to bluegrassy things to quite dark-indie to Americana. If you go back to the ‘Chocolate Girl’ era on our debut album, you’ll find that that Soul & Country feel you get with Southern music from the States. That really “rootsy” influence has always been there with Deacon Blue.

9. Why is that ‘Deacon Blue’ connects with so many different people?
I don’t know. I think that something happens when we play live and that the band are at their best when they are in front of an audience. We try to make whatever is happening on that night really special. I think the lyrics and melodies speak to ordinary people because they are not complex and there’s kind of an anthemic quality that people relate to. Given the positive messages from the public who have been to our shows for the first time, I think it still seems to works live…

10. Are you still reading John Maynard Keynes?
(Laughs!) I don’t think I ever did! The character in the song certainly did. ‘Dignity’ was written in the 80s. It was a really hard & horrible time with a recession. I don’t think that song will ever go away because I think we’re going to enter, in the near future, into a bigger recession than we’ve ever had in our lives. It seems that the gap between those who have and those that don’t is growing wider and wider. What’s been happening in Spain over the last ten years has been really hard too. Now there’s a new group of people who are super wealthy and they’re flaunting it, really. I’m not blaming them but I think it exasperates people’s frustrations because although a lot of people are getting better off there are more extremes of poverty. Some people do well but others are feeling left behind. I still think that the song ‘Dignity’ speaks to people.

11. You were an English teacher in the 80s before Deacon Blue. Has teaching changed since then?
Iv’e no idea what it’s like now but I have one last son in his final year at school and he is enjoying it. My experience of teaching was great.  We did a concert in a big arena in Glasgow called the SSE Hydro. I got a message from some former pupils I had taught in the city in the 80s. They came to the gig and it was such a lovely thing to meet up, chatting for an hour after the concert. It’s nice to have that relationship with people who remember you fondly. I’m looking forward to coming to Spain again hugely!

From Glasgow, Scotland. Formed in 1985 and split up in 1994. In 1999, they reunited to work part-time. They have had 12 UK top 40 singles and 2 UK number one albums. Have sold over six million records. Ricky Ross has two radio shows with BBC Radio. ‘Another Country’ for BBC Radio Scotland focuses on Americana and alternative country. ‘New Tradition’ for BBC Radio 2 focuses on the themes that have influenced music today and in history. He is also an occasional presenter on BBC Radio Scotland’s Sunday Morning programme.

“Spain has always held a special place in the story of Deacon Blue and we look forward to the next chapter with real excitement.” 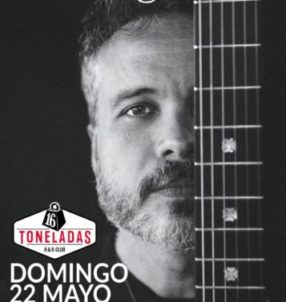