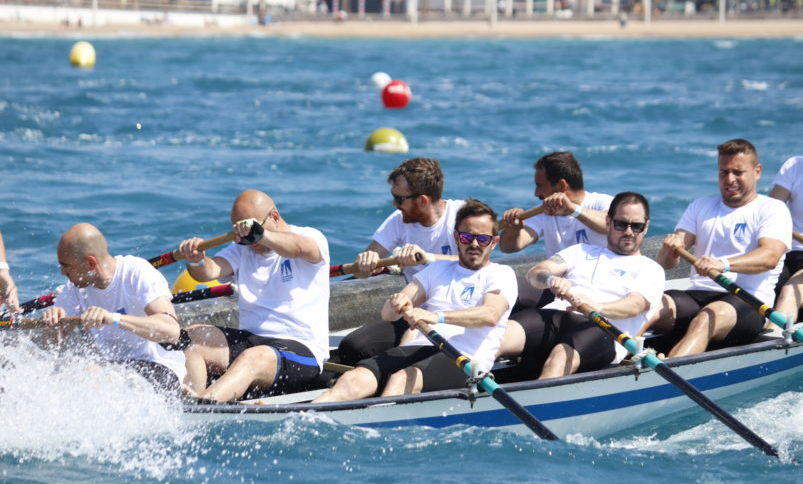 ##The SUMA League Fixed Bank Mediterranean SUMA League in Benidorm held last Sunday, April 11, its V Regatta of the season. The weather conditions gave a respite and allowed the rowers of the Comunitat Valenciana to offer a great show of rowing. The SUMA League has now passed its halfway point and has four of the nine regattas scheduled to take place.

The regatta had the participation of all categories, from cadets to absolute, and was held in the bay in front of the Club Náutico de Benidorm, organizer of the event in collaboration with the Rowing Federation of the Comunitat Valenciana. The competition was very evenly matched and had a great variety in terms of winners, with five different clubs reaching the top of the podium.

The youth category, in which the distance was increased to 1,400 metres, had the presence of the women’s section. The boat of the Real Club Náutico Gandía won, which completed its particular double, in a very evenly matched race. They crossed the finish line after 7 minutes and 39 seconds, only 118 hundredths of a second behind the time set by Real Club Regatas Alicante.

This distance was maintained for the absolute races, where the Secció Esportiva Universitat d’Alacant team won the women’s absolute race. It was an exciting race in which four boats reached the final metres with a chance of victory. The university team stopped the clock in 7 minutes and 41 seconds, followed by Club Deportivo de Mar Clot de L’Illot El Campello and Club Náutico Santa Pola. The difference between the first four finishers was 3 seconds and 29 hundredths of a second. In the men’s absolute category, the victory went to Real Club Regatas Alicante, with a time of 6 minutes and 33 seconds. They were accompanied on the podium, in this order, by Secció Esportiva Universitat d’Alacant and Real Club Náutico Denia….

Club Rem Dénia achieved its first victory of the competition in the female veteran category, after having finished second in the three previous races. Her final time, in a 700-metre race, was set at 3 minutes and 35 seconds. In the men’s race, the Real Club Náutico Torrevieja boat achieved its third consecutive victory, with a final time of 3 minutes and 9 seconds; and thus gave the second victory of the regatta for his club, after the one obtained by the cadets.

The Mediterranean SUMA Fixed Bench League has a new appointment next Sunday 18th April in Altea, with the VI Regatta.