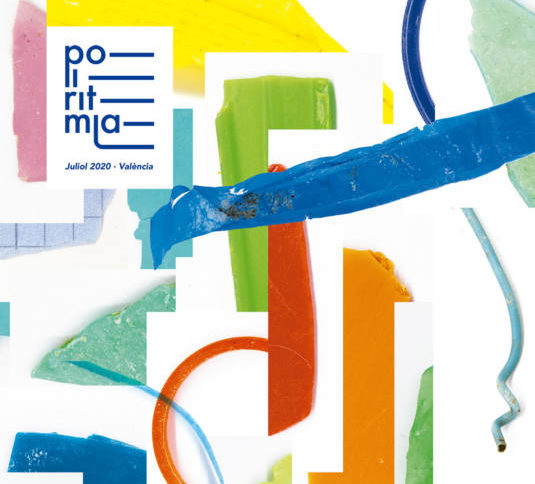 “POLIRÍTMIA, a festival of Mediterranean music and dance concerts, is an initiative that arises from the need to present a festival of reference that is a protagonist of our musical tradition and that puts into practice many of the objectives established in the Strategic Plan Fes Cultura 2016-2020 (inter-institutional cooperation, territorialisation, internationalisation and democratisation and access to culture). But Polyrhythmia is much more than a platform for concert exhibition; it launches a training programme of musical and dance proposals of a traditional Mediterranean nature that will act as a professional and training meeting point between artists and teachers. We want to bring the public closer, both in the classroom and in the street, to the diversity of expressions in the Mediterranean cultural sphere.

This year, the Teatro Principal de València will host its varied programme from 9 to 12 July 2020, with all the security measures in place, organised around musical fusions with Mediterranean roots and other latitudes: klezmer and gipsy mixed with swing, cumbia or reggae; oral tradition with signature music; traditional song with jazz; Iberian echoes that travel from the Pyrenees to Galicia; from medieval Occitania to Georgian polyphony through Bulgarian rhythms; intercontinental and oriental airs; or Valencian cant d’estil and jota. From local to global culture (and vice versa), without losing our reference and our destiny, an idea of the Mediterranean that makes people from the north and south live together.”

Drums, singing, tambourines, shouting in the square. An invitation to dance, a musical treat to the party in the streets. Also a cuddle, a song of the earth that caresses your cheek. An excursion of the senses through the Iberian geography. Fasten your seatbelts and prepare your emotions for a noisy fun. Jarana! The Iberian mess of Bienparao arrives.

“Bienparao” pause between each of the quartets of the seguidilla; dance movement that indicates the sudden end of a move or figure to start the next
Raquel Cruces decided more than five years ago to embark on the path of researching materials that other musicologists and anthropologists have been collecting since the beginning of the nineteenth century. By opening up her music libraries and reading songbooks, she has rediscovered verses and melodies that have lasted to the present day and many others that have not been sung since then. What treasures!

To interpret them he follows his own recipe. Cooking this broth requires a spoonful of this and a little bit of that. The voice with an open throat, the rounds with a chorus where we will all sing, the roots in the earth; respecting this melody, updating the words of this other strophe. And, as she likes, percussions in abundance: tambourines, round and square, tambourines, a bass drum, grandmother’s frying pan, the mortar of the house of the people, the alpaca spoons. Scallops, seeds, castanets, the bottle of aniseed and the zambomba cannot be missing either. And, to complete the boiling, it is necessary to be surrounded by sensitive musicians with hearts full of love and respect for popular culture. Musicians who are well known for their long experience of orally transmitted music from here and there, who know and master the code of expression of very different drums. Each one brings the best of his backpack, the most precious finds collected on this musical journey. And, well, we have done this good of stopping to share our riches to cook this Bienparao together. Air!

With a repertoire made up of cant d’estil, jotas, fandangos, seguidillas, bolero and malagueña, the record travels through the Valencian Country from north to south, but also enters into the lands of Castile and Murcia.

In the words of Christian Penalba, the title of the album refers to “the slight variations, changes in rhythm and new vocal ornaments that have been introduced in the interpretation of all these traditional songs”.

The album Canvis has a deliberately simple sound, avoiding overproduction, and thus bringing it closer to the sound that Christian Penalba has at live concerts, as you can see today.

Eixa’ is Isabel Latorre’s new personal project, in which she combines her two musical facets, that of a performer and that of a composer. Her first record is ‘INVISIBLES’, published in March 2019 and based on the book ‘Le città invisibili’ by Italo Calvino. According to the author, this text is a kind of poem to human relations in all their aspects and dimensions, and when the text travels to music each song is a mirror of a city, and therefore of a form of interaction between human beings. The live project is presented in a multi-instrumental quartet format, inviting the audience to accompany them on an exquisite and exciting journey. With very varied roots, ranging from medieval Occitania to Georgian polyphony, including Bulgarian rhythms, Eixa makes the audience enjoy this musical amalgam, and invites them to make it their own.
Isabel Latorre Sáez: piano, voice, accordion
Gloria Aleza: voice, rubbed string
Esteban Rodrigo: drums, percussion
Alfonso del Corral: guitar, lapsteel

The Trocamba was born from the tradition of popular music bands from the villages of the central regions to explore the sonorities of Eastern European folk, mixing the power of klezmer and gypsy rhythms and melodies… with other ingredients such as swing, jazz, cúmbia or reggae.

Since 2009 they have released three albums; “Balkan Gypsy del Bancal”, “Mandoro i Boruca” (2015) and “a Pic i Pala” (2019) with which they have participated in folk and fusion music festivals throughout the state and several international tours with performances in Portugal, United Kingdom, France, Italy, Switzerland and Austria.

MATTHIEU SAGLIO QUARTET
‘The way of the winds’

After some twenty records at the helm or as a collaborator in different projects, and hundreds of concerts in 30 countries, French cellist Matthieu Saglio (‘the cello of a thousand accents’) presents ‘El camino de los vientos’, his new record with the prestigious European label ACT. He will be accompanied live by a deluxe quartet featuring Steve Shehan (percussion), Christian Belhomme (keyboard) and Léo Ullmann (violin).
Saglio’s vibrant tone, touch and technique stand out on every track, but impressively, never at the expense of his guests. **** Financial Times (UK)
‘World jazz, quiet and poetic. Album of the month.’ ***** Stereo (DE)
The enchanted parentheses of an unforgettable journey, a music of absolute purity and serenity, whose high point, the ‘Bolero triste’, is one of those intoxicating melodies that transport you far and wide. OUEST FRANCE (FR)
‘A record that defies musical limits.’ World Music Central (USA)
‘A varied musical journey through the Mediterranean, Africa and Asia.’ Jazzthetik (DE

Carles Dénia and Spanish Brass had travelled through many lands before their paths crossed above a stage to enjoy the music.
Mira si hem corregut terres… is a project based, on the one hand, on traditional songs that have their origin in the period when the Arab culture was rooted in the Iberian Peninsula or that come from the musical tradition of the Crown of Aragon. And, on the other hand, on contemporary but very popular songs by Raimon, Joan Manel Serrat, Vicent Torrent or La Gossa Sorda. To all this we must add the magnificent arrangements by Ramon Cardo, one of the most renowned jazz musicians and composers in Spain.

Tarta Relena was born in 2016 as a project of two singers to explore a cappella the sonorities of different styles of vocal music. Far from wanting to create a stamp of that which is traditional and to define the Mediterranean, Tarta Relena wants to make their own repertoire that goes from music of oral tradition to songs of authorship that in one way or another are related to the geographical area of the Mediterranean.

In the arrangements of Tarta Relena, the timbres so different from the two voices are linked or knotted together, flow like water or scratch; they move away in sharp dissonances and later on they meet again. Always seeking complexity in simplicity and maximum expression with the minimum of elements.

They presents their first album “Aigua”

Project based on original compositions by Jaume Pallardó, who also adapts traditional themes from both the Mediterranean and the Iberian Peninsula. The trio is completed by two of the most active musicians on the Valencian scene, Gloria Aleza and Juanfran Ballestero, who have a long career in ancient music, world music and folk music.

The diverse instrumentation at their disposal allows them to create original, contemporary and careful arrangements in which one can feel from a sensitivity typical of the most subtle music to an intensity that is reminiscent, even, of more progressive music. Aigua’s songs are eclectic and different from one another, and they draw on various traditions without leaving out sounds typical of the 21st century.

Udiva is the name used by the people of these lands to refer to the river Mijares before the Romans arrived, and can mean something like sacred water. This meaning embraces many of the compositions that are part of the album and gives meaning based on the worship of nature from the water.

The name of the concert, Sarau mediterrani, comes from the title of one of the programmatic works of Urbàlia Rurana, who for 30 years has remained faithful to this foundational idea of opening up traditional Valencian music to influences from the countries on the shores of the Mediterranean Sea. Recently the group has released two essential records: De tornada a les ribes (2017), which shows the balance of their musical exchanges with other Mediterranean lands visited by the band on tour; and Pastorets i pastoretes (2019), in which they make a meditated review of the most traditional Valencian Christmas repertoire.For this concert of Polyrhythmia, a meeting of music and dance, the group will honour the multicultural Mediterranean idea and the celebration of the festival, since in the world of festive music Urbàlia Rurana has always been a loving cultivator.

A show that presents this music from the Iberia Interior through the warmth and versatility of the voice, the energy of the percussions, the variety of colours and sound nuances of the different strings, flutes and bagpipes, exploring their possibilities to the full. A direct concert, without artifices, supported by the beauty of the melodies and the quality of the performers.Research and investigation in the musical tradition of Iberia Interior are the basis of Zaraval’s repertoire. His aim is to present a collection of unpublished or little-known melodies and season them with the extensive musical experience of this trio. The meeting of the Castilian and Aragonese repertoire is done by the hand of the most beautiful voice of Castile, Vanesa Muela, and two great musicians of Aragon, Diego Escolano and Jonás Gimeno. The three together offer the public their new album Se hace camino al Amar (2020) where they present a selection of melodies with which we will travel the Camino de Santiago from the Pyrenees to Galicia, passing through the Castilian plains.