You are here: Home  /  Sports  /  (FOOTBALL) VALENCIA / LEVANTE … DERBY OF LEGENDS IN 2023 TO COMMEMORATE THE CENTENARY OF MESTALLA!
Sports 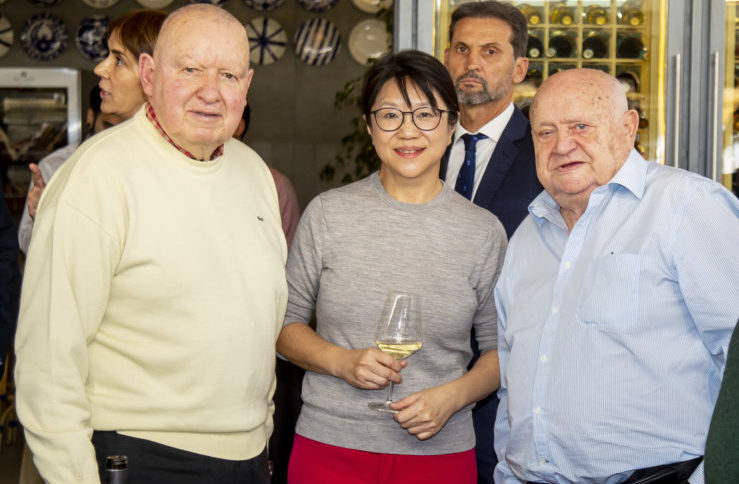 (FOOTBALL) VALENCIA / LEVANTE … DERBY OF LEGENDS IN 2023 TO COMMEMORATE THE CENTENARY OF MESTALLA!

More than 150 former players and members of the Valencia CF Footballers Association have celebrated the traditional mass of the deceased and the Christmas meeting. Valencia CF goalkeeper Jaume Doménech, director of the Association, celebrated his contract renewal with his colleagues. The president of Valencia CF, Layhoon Chan, has taken the opportunity of speaking at the traditional Christmas meeting with the Valencia CF Footballers Association to announce that the next game of Legends of  Valencia CF will be a derby against Levante UD veterans. This will serve to commemorate the centenary of Mestalla that turns 100 next May. She has made this announcement in the presence of more than 150 former club players, from different periods of Valencia CF’s history. Due to the pandemic, it is the first time that they have met up in a long time.

Former Valencia CF and Levante UD footballer  Fernando Giner has influenced the union in these times of social upheaval at all levels. “ In times of change, I am happy for the relationship we have with Valencia CF because for a long time it has not been possible to meet up in a large gathering.  I am especially happy for the renovations of José Luis Gayà and Jaume Doménech, not so much because they are Valencian football players from our ‘cantera’ and managers of our Association, but for the message that it implies and what they themselves say: we are a family and, with the help of all, we will be able to carry out the challenges that we all propose.”

Infact, Jaume Doménech, director of the Association has came after training with Valencia CF  to have lunch with his colleagues  and celebrate his contract renewal and he also excused Gayà’s absence. “I really want to experience these moments of Valencianismo. I only came on my own because José  Gayà has a game this Thursday and he therefore has to rest before the match.” Jaume spoke just after the president made a toast and announced that the second party of Legends will be a derby of Valencia CF against  Levante UD, and will serve to celebrate the centenary of Mestalla.

President of Valencia CF Layhoon Chan: “ I take advantage of this moment while we are having drinks to make an announcement. We are very happy to be celebrating the Mestalla Centennial. Every day we talk about the Nou Mestalla, but the old Mestalla brings many memories to all of us and we hope that next year we will have a beautiful and special celebration in it. I would like to announce that we will have a derby of legends to commemorate the Centennial. We would like to invite all of you to be participants  to make the event a success for everyone. No matter which generation you belong to, the important thing is to get together at Mestalla to have the best possible event. I thought it was important to come and share this news. Now we can all toast a Merry Christmas and wish everybody a Happy 2023.”

It should be remembered that on May 20, 1923 the Mestalla pitch was inaugurated with a friendly match that pitted Valencia FC against Levante FC (as it was called then). It was the beginning of a new era that meant goodbye to the old venue, Algirós, which will always remain in the memory of  Valencianists as the club’s first home. And now the Footballers Association wants to use it as a link to celebrate the second Legends meeting whose first edition was held with total success on March 24, 2019. Commemorating the centenary of the Valencian temple will be one of the main activities of the Association of Footballers in a 2023 that arrives loaded with challenges.

Before lunch, a delegation from the Association celebrated the traditional mass of the deceased in memory of all the partners and Valencianists who left us in 2022 and who are Roberto Gil, Juliàn Mares, Manuel Hernández Sancho, Vicente Navarro Pareja, Macario Fernández, Cristóbal Jericó, Antonio Pastrana and executives Baltasar Alemany and Alvin Yeo.