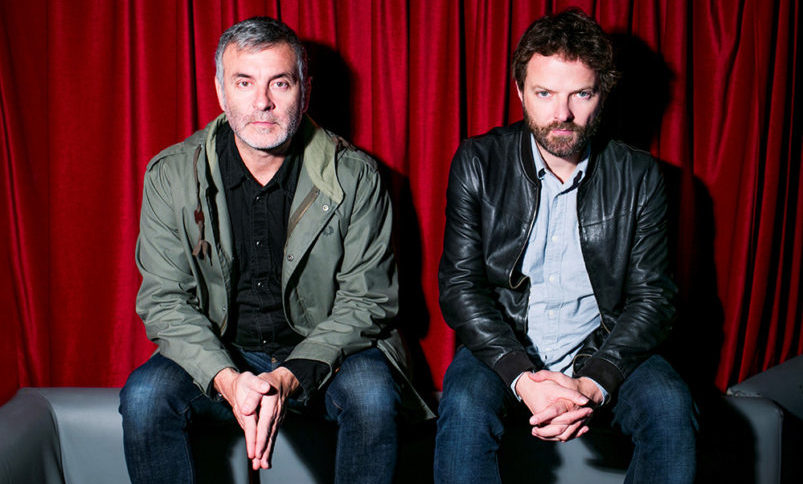 On Friday 25th November, the Bancaja Foundation is offering a concert by the renowned Valencia band ‘La Habitación Roja’, an acoustic performance by Jorge Martí and Pau Roca as part of the ‘Concerts a la Fundació’ cycle, a programme that is celebrating its fifth edition with the collaboration of Pavasal. The programme will offer different flamenco, pop, classical and contemporary music performances until next February.

The performance will feature some of the band’s most timeless hits by Jorge Martí (vocals and guitars) and Pau Roca (guitars), and will be proceeded by a talk beforehand in which both will talk about their most personal projects: a recent novel and a book of photographs that includes everything that accompanies their music, aspects that the audience does not see on stage but which form part of their essence and identity as a band.

The concert offers the opportunity to enjoy these acclaimed musicians in an intimate way in a performance in which the audience will participate in the songs played on stage. An open repertoire in which songs from their almost 30-year career will be played, sometimes accompanied by anecdotes and experiences that will create a unique bond between those who create the music and those who listen to it.

During their career, the band has performed at thousands of concerts and festivals all over the world, to which they have added an extensive discography with universal melodies and lyrics. In these almost three decades, the group has garnered, among other awards, prizes such as the ‘IMAS’ award (Mexico) for the best Spanish group of the year, the ‘Spanish Independent Music Award’ for Best Song (‘Ayer’) and the ‘Independent Music Award’ for Best Pop Album for their album La Moneda en el Aire, in 2014, the year in which the group received the honorary mention of the Consell Valencià de Cultura, which recognises the group’s career and their contribution to the history of Valencian music.

The concert will take place on Friday 25th November at 8 p.m. in the auditorium of the Bancaja Foundation. Advance ticket sales will begin on Tuesday 22nd November from 5 p.m. at the box office (Plaza Tetuán, 23).