You are here: Home  /  Art  /  HORACIO SILVA BRINGS THE SECOND PART OF HIS ‘INTRO-VERSIONS’ TO SHIRAS GALERÍA
Art 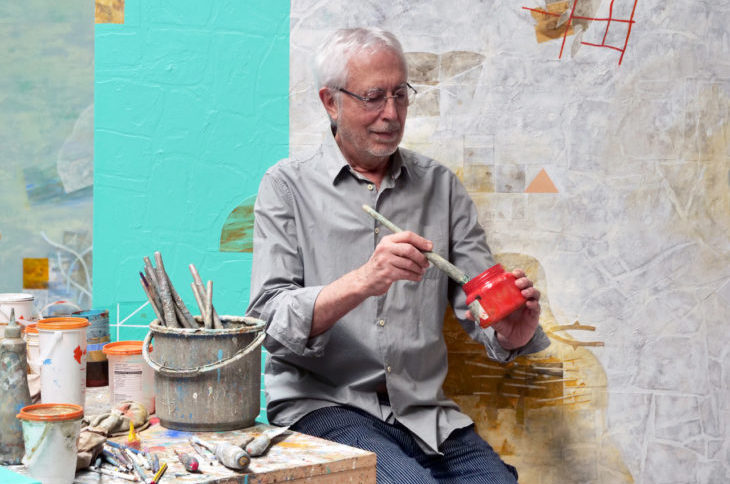 ‘Intro-versions II’ is the suggestive title of the exhibition by the artist Horacio Silva that opens on Friday 18th November at 19:00h at ‘Shiras Galería’ and which is presented as an abstract evolution of the artist’s latest stage of development, combining as a synthesis, by means of 13 original works on canvas in the main hall, in a project in which the sensorial and the personal act as the expressive motor of his work.

This work is the second part, or rather an extension, of his previous project, ‘Intro-versions’ which was exhibited in 2019 at Shiras Galería. As he himself points out about this exhibition: “My work is based on the atomisation of the iconographic elements, interrelated, forming a whole, it is then when the painting is presented as a cosmos composed of forms based on nature: rocks, stones, soil, minerals and things that live among them, and which I use as a starting point for the elaboration of my paintings”.

Silva, on this occasion, has allowed the conscious and the unconscious or the strange and the recognisable to appear in his work in  resulting images that are perceived as something accessible and at the same time offers resistance to identification, giving multiple possibilities for interpretation. For this professor of Fine Arts, whose work is exhibited in museums all over the world, “objects related to my personal or everyday environment are shown and through them I try to transmit, on many occasions, stories of an intimate nature, inviting the spectator as a witness to observe a personal space where a dialogue has previously been established between painter and painting”.

For the exhibition, Shiras Galería has published a book/catalogue of the artist’s work from recent years to the present, with several texts dedicated to his work by various critics of the national scene such as: Fernando Castro Flórez, Martí Domínguez, Piere Marmiesse and Andrés Isaac Santana, among others.

Horacio Silva who is a plastic artist, professor at the Faculty of Fine Arts in Valencia, and current artistic advisor for the Juan José Castellano Comenge Foundation, has been working since the 70s with a rigorous, elegant and even harmonically magical technique. His work has been exhibited in numerous galleries, national and international museums, including his exhibition at the Centro del Carmen, his exhibition at the Beijing Museum (China), the Santa Barbara Museum, the Rotterdam Museum, the Museum of the Resistance of Salvador Allende. His work has also been exhibited in different international competitions and fairs such as his participation in the Milan International Art Biennial, the Paris International Art Fair, the Estampa Fair, Arco and Art Madrid, among many others. In addition, he has works in different museums and collections such as: The Museum of Santa Barbara, Regio de Calabria, Museum of Villafamés, Museum of the City of Valencia and many more.

This is how Sara Joudi, artistic director, defines the project: a fresh and mature exhibition, where a common dialogue is established in search of creating a poetic narrative that has an impact on the viewer. Horacio once again surprises us with his evolutionary capacity, mastering a plastic language with an unparalleled expression, and a great elegance and personal style that make his works highly valued by the public. This exhibition can be visited at Shiras Galería until the 16th of January, from Monday to Saturday from 11:00h to 14:00h and from 17:00h to 20:00h.