You are here: Home  /  Sports  /  JOHAN CRUYFF AND LEVANTE UD (A DUTCH GENIUS IN VALENCIA)
Sports 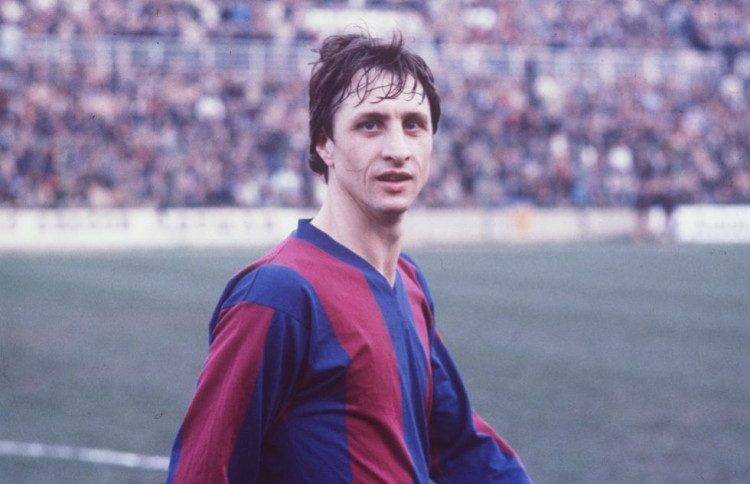 JOHAN CRUYFF AND LEVANTE UD (A DUTCH GENIUS IN VALENCIA)

One of the greatest football players of all time, thrice (1971, 1973, 1974) Ballon d’Or winner, many tend to forget that besides his glorious contributions to Ajax Amsterdam and FC Barcelona and to the Netherlands national team, Johan Cruyff left his mark in the humble city of Valencia…possibly in the most humble team of the Spanish League: Levante UD. His debut in March 1981 is not forgotten by football aficionados of the Valencian community. Many may ask how Johan Cruyff, after leaving the budding NASL soccer league in the United States and before returning to Ajax, chose Levante, all be it for a short spell of ten games in which he scored two goals during the 1980-1981 season…although he failed to help the team’s return to the First Division during that season.

In brief, Cruyff’s stay at Levante UD is a sign of a team which remains an icon in the Spanish football panorama, despite being in the shadow of their great local rivals, Valencia CF, founded ten years earlier (in 1909) than the blanquinegres and drawing a steady flow of unconditional local supporters, yet it remains hidden from the eyes of most foreigners visiting or even living in Valencia.

Levante UD has always been the “neighborhood team” of the areas close to the Valencia port and the beach. Its appeal is easily felt if one simply takes a stroll down the neighborhoods of Poblats Maritims (Cabanyal and Malvarrosa), where more often than not, Levante’s blaugrana (blue and red ) colours tend to dominate the bars, the social clubs and the terraces. Though a few years ago, the legendary Casinet, one of the social clubs that was a flagship of the granota neighborhood closed its doors, the levantinistas breathe and live together with their club, which despite currently running its longest ever stretch in La Liga, it is forever in limbo between first and second division, and their supporters wear their modesty with pride: “We are the poor, the ugly and the humble”, but we never falter – sums up Pep, the owner of “El Puerto” cafeteria.

It’s not easy to be a ‘granota’ or ‘levantinista’ – agrees Ramon, the newsstand man par excellence of the Port area, who has been a Levante fan as long as he can remember. The fact is that when Levante returned to first division play in 2010, it was with the lowest budget that the Liga has ever seen. They have the lowest spending totals on new player signings during those six years, and a minimal income from TV rights compared even to their local rivals, good management coupled with some sonorous sales (in particular of the Ecuatorian Felipe Caicedo and the tico Keylor Navas) have kept the Levante boat afloat for longer than anyone can remember. In the 2012/2013 season the team achieved the greatest feat in its history, by participating and reaching the quarter-finals of the Europa League, playing against the likes of Hannover, Olympiakos, Twente, Helsingborg or Rubin Kazan along the way.

The current Levante stadium ‘Ciutat de València’…where the team moved from the original grounds by the Levante beach area of La Malvarrosa after its stadium was destroyed during the civil war…holds less than 27,000 supporters.  It is due to tourists and fair-weather Real Madrid, Atlético or Barcelona fans that they fill the stadium for the biggest handful of games for the season, besides the obligatory local derby against Valencia CF. On the other hand, the fans honour the team’s 112 year history by religiously supporting their team, come rain or shine, and while they always hope for the best…they are forever prepared for the worst.

As any aficionado of Valencian football, we hope that the great Johan’s memory, who tried to lift the team up 40 years ago, sends the current granota players the winning message from above: play well first and you will win next. Levante UD are just like the fishermen and the humble neighbours of the Poblats Maritims: this is a team that will always be the last to lose patience, faith and hope in a better and brighter future. It is a history that has been in the writing for 112 years, and remembering the greatest moments during this time gives greater support even in the hardest of times. It is a history that has been more often characterized by the word “struggle” than that of “victory”, but sometimes, unflinching faith in a constant struggle is the greatest victory of all!