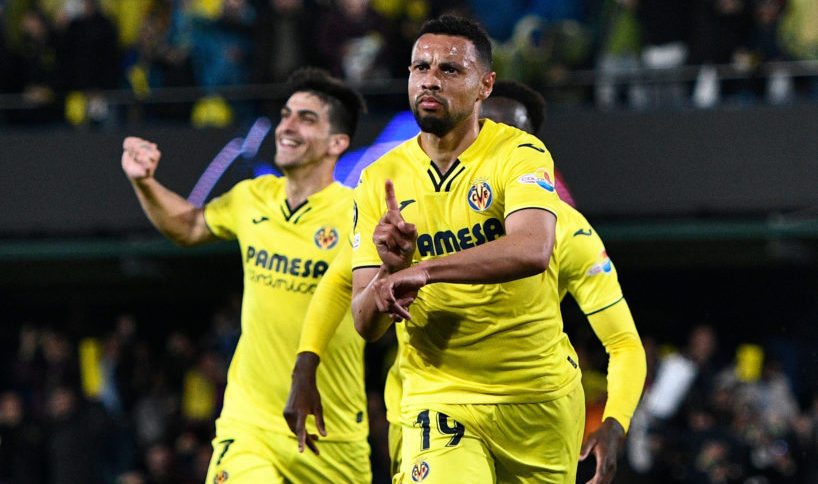 24/7 VALENCIA: Please describe the joy of winning the Europa league with Villarreal.

FRANCIS COQUELIN: To be fair, it was a great journey! We had a great victory too in the Europa League final itself. The whole team, throughout the campaign, played really well. We faced some tough opponents like Arsenal and then Manchester United in the final.

Throughout the whole campaign, we didn’t lose any games. So, this showed the consistency we had in the competition. Being their first; it was a massive trophy for Villarreal. On top of that, on a European level, it was something big too.

Regarding the successful penalty shoot-out against Manchester United, we didn’t prepare  for penalties beforehand as a team for that final. Sometimes, in practice sessions, you just might not score. So, for this penalty shoot-out we went on instinct and being ‘in the moment’, which was the right thing to do and it went really well. The whole Villarreal team scored…including the goalkeeper!

24/7 VALENCIA: Tell us about your  experiences of playing Champions League football…

FRANCIS COQUELIN: Having already played quite a lot in the Champions League for Arsenal and Valencia, it was really special to bring back Villarreal to Champions League football too. It was something special for the whole town, the fans and the team as well.

We came back in a great manner. To reach the semi-final of the Champions League was something unbelievable. Obviously, we wanted to take the final step and reach the final…but… it wasn’t to be. I think that we can be really proud of what we have achieved this year. It has been a really good Champions League campaign.

Against Juventus in the first leg at home, Villarreal CF showed a lot of character by later equalizing in the match, after having gone a goal down in the first minute! We knew that a draw at home was difficult because it was going to be tough away from home… in Turin for the second leg.

Indeed, when we went to play Juventus away… it was a tough first 45 minutes. They put a lot of pressure on us. They had a couple of big chances but we managed not to concede. In the second half, we took our chances and scored the goals. We did our job and got through to the quarter-finals.

The next Champions league match was another step up, against Bayern Munich. We played a great game at home… with a lot of chances too. I would say that the only negative part was that we only scored one goal.

We knew that away to Bayern it was going to be tough in Munich and a different approach was needed in terms of defending our lead from the first leg. In the first half, Villarreal defended really well under pressure from Bayern. In the second half, it got tougher as we conceded a goal early on. Our chance came with a counter-attack in the 88th minute and we put it away. It made up for all the chances we’d missed in the first leg!

It was a lot of joy to get through to the semi-finals of the Champions League. It’s an incredible achievement and something special for a club like Villarreal CF; to be one of the four best teams in Europe. Obviously, we had confidence from winning the Europa League but we all know that the Champions League is the highest step for any European club.

Regarding the first leg of the semi-final against Liverpool, it was tough! Obviously, to play away at Anfield is always difficult. To go home with a 2-0 defecit is something hard to overcome. However, Villarreal showed a great resilience to come back and made a huge effort to level the scores in the first half of the home leg! The only problem was… that we couldn’t keep the pace over the ninety minutes.  This cost us in the second half, we ran out of a little bit of gas to finish off the job…and Liverpool will hurt you a lot with the ‘little details’ in a match.

24/7 VALENCIA: How does playing in La Liga compare to playing in the Premier League?

FRANCIS COQUELIN: The physicality of the Premier League is something different. You play away at any  ground in England and you feel that you could lose. In  Spain, it’s a different approach from some English teams and it’s more technical… with the play starting from the back. This helped my technical side of the game when I started playing in LaLiga. I would say the Premier League is probably more intense than La Liga…due to its physicality.

24/7 VALENCIA: How do you find living in Spain compared to England?

FRANCIS COQUELIN: I left France when i was just seventeen. I then lived in London for nearly ten years and it’s a very different way of life compared to Valencia, for example. Here, you can get into your car and be any place you need to be in 10-15 minutes. In London, you can get stuck in traffic… and still be stuck 2 hours later! The better weather counts too and the way of life is a lot more laid-back here in Spain.

I did enjoy living in London but it would be difficult for me to go back to a place where, first of all, there is no sun! Secondly, London is just such a busy city and it’s nice to have a bit of tranquillity here in Spain and more relaxation for my family too.

24/7 VALENCIA: Do you have a favourite team to win the World Cup this year? What are your predictions…?

FRANCIS COQUELIN:Hopefully, France will go far and win it. There’s so much talent in the team and they are definitely one of the favourites. We just won the ‘UEFA Nations League’ as well, so the team is really strong. Brazil and England also have many talented players in their respective squads. I’m hoping that France can do something really big in this World Cup…

FRANCIS COQUELIN: Yes, I still follow a lot of La Ligue 1 of France. I have friends playing there. I still follow Lorient and teams like Strasbourg where my friend Kevin Gameiro plays.