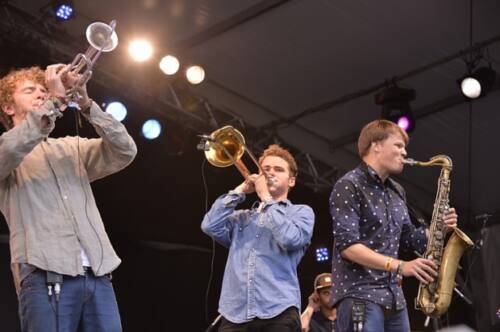 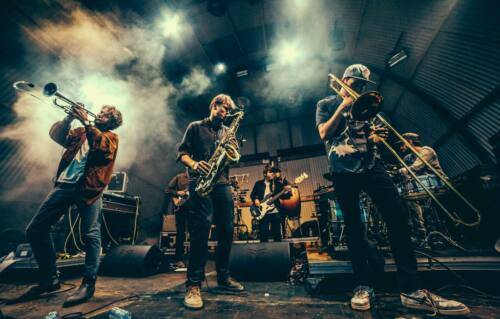 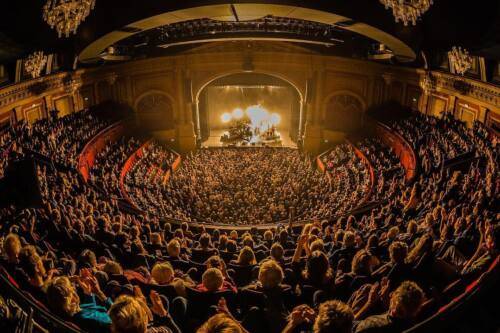 1. Can you tell us about how you started out and what your musical influences are?
We started in 2009 as a group of friends and family that had some connections with each other through some high schools in Amsterdam. When we started there was this huge wave of vinyl reissues and music blogs coming out. The internet made it possible to discover new music on the one hand. On the other hand we were growing up in a city with a great music scene, which is also very important for most of us.

Another influence has been the record shops where you could discover music and venues like ‘Paradiso’ and ‘Melkweg.’ Also, just the small cafés where you could discover new music. It is easy to meet and connect with people who are into music. A well-known secret in Amsterdam is the weekly radio shows by ‘Hot Mama Hot’ collective on local radio; they have an amazing collection of obscure vinyl from all ages and places on this planet.

3. What do you learn from touring?
Different disciplines: being in a bus for a very long time, to sleep very little, having long philosophical discussions in the van. To get yourself ready after a tiring day, to keep up the good atmosphere, the European road-network.

4. Can you take us through each track of your new album, ‘Livingstone’

Hangmat
You are in Formentera, the sun is shining! What do you do? You go in the hammock. “Hangmat” is the Dutch word for Hammock. This lazy summer track really suits the hangmat situation.

PoMpette
This song balance in life. It is important to stay balanced in life. To not overdo things, but also not undermine certain aspects in life. “Pompette” is a French word that describes this thin line.

Ja Precis
We made this song, and we thought: “ Yes, exactly!” And our trumpet player is half Swedish and shouted out: “Ja precis!” Which means “Yes, exactly!” So, then we decided to name this song ‘Ja Precis.’

Stormvogel
This track was formed around a strange guitar pattern that we jammed on. When we play this live, the name of the song really fits the crowd’s response!

Hurn in Bell
There are many choices in life. This song is very moody. But what would you do: Burn in Hell? OR: Hurn in Bell?

Spectacles, Part 1
A story by itself that we cannot fill in for you but you have to do it by yourself. We like to use chords more and more!

Spectacles, Part 2
We recorded this one as a wild jam with very little structure and a lot of music making in the moment itself.

The Fog
In ancient times, there was a battle. Many lives were lost. Victory was claimed but the losses were many. So it was considered as a bittersweet victory.

Spending Week
Sometimes, you look at the calendar. And you realise: Ah it’s that week again: $p€nding W€€k!

Café Crème
A coffee with milk. We have a very strong visual concept for this song, for live performance. We are perhaps curious if other people also have a strong idea about it?

5. What are your plans for the future?
To keep on playing music forever, whenever, wherever! We are now recording new jams and tracks, so maybe there will be something new out very soon. And we have also existed for ten years as a band this year, so that is something we will celebrate at the end of 2019.