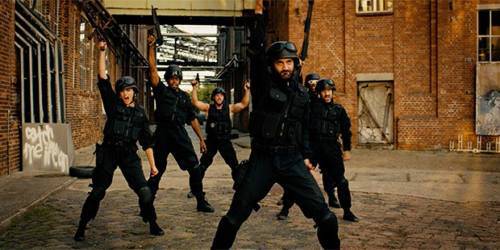 La Cabina – Valencia International Medium-Length Film Festival takes its name from the Antonio Mercero film ‘La Cabina’ (1973), winner of an Emmy Award, starring José Luis López Vázquez.  This is a now legendary film whose duration is 34 minutes, which is just the right time to truly develop a terrifying story…

At the LA CABINA festival we firmly believe in the value of medium-length films, whose length ranges from 30 to 60 minutes, a format that has barely found a place in the usual circuits because it is halfway between the short and the full-length film. As a pioneer of this type of festival in Spain, La Cabina has consolidated Valencia as the international headquarters for films of that duration.

LA CABINA has seen important filmmakers and high-level works that have made the Festival become the only international festival in the world that supports, defends and promotes both the medium-length film and its creators… In addition, many of the medium-length films that have passed through our Official Section have received important international awards at prestigious festivals.

With Sara Mansanet as Director of the festival, maintaining its identity, LA CABINA celebrates its eleventh anniversary, demonstrating its consolidation as a medium-length festival and making Valencia the international headquarters of the cinema of this format. Proof of this is the large number of films received (512), of which 16 from 13 different countries have been selected for its Official Section: Russia, France, China, Moldova, South Korea, United States, Germany, Great Britain, Spain, Norway, Netherlands, Portugal and Belgium.

The members of the jury, made up of professionals from the world of cinema and culture, will choose the awards of the different categories: Best medium-length film, director, script, main interpretation, cast interpretation, art direction, production design, photography and music.

The screenings will start on Thursday  November 15th and, for 10 days, the best cinema of between 30 and 60 minutes will flood the city.

Just some of the highlights of this edition are:

–CROSS, a drama set in the world of motocross, starring Damien Bonnard,

–THIS MAGNIFICENT CAKE! is an animated anthology about African colonization at the end of the 19th century. It was selected at the Cannes Film Festival 2018.

–THE MAN WOMAN CASE, an animated webseries awarded the Jury Prize at the Annecy Festival that tells the true story of Eugene Falleni, a transgender convicted of murdering his wife in Australia in the 1920s.

Denouncing the harassment of the LGBTQIA community, the PINK PILL movie is based on a real story that surprised Chinese netizens, that of a girl who was harassed in a high school for being a lesbian. She was forced to take aphrodisiac drugs to “correct” her sexuality. The director Xie Xiaoshan shows the intransigence of the Chinese community regarding homosexuality.

The action musical ‘HARD WAY’ is pure guilty pleasure, with aspirations for a cult movie in the line of The Rocky Horror Picture Show for its queer mood and its mixture of genres without complexes…