You are here: Home  /  Music  /  LES ARTS FOR EVERYBODY (STREAMING OPERA)
Music 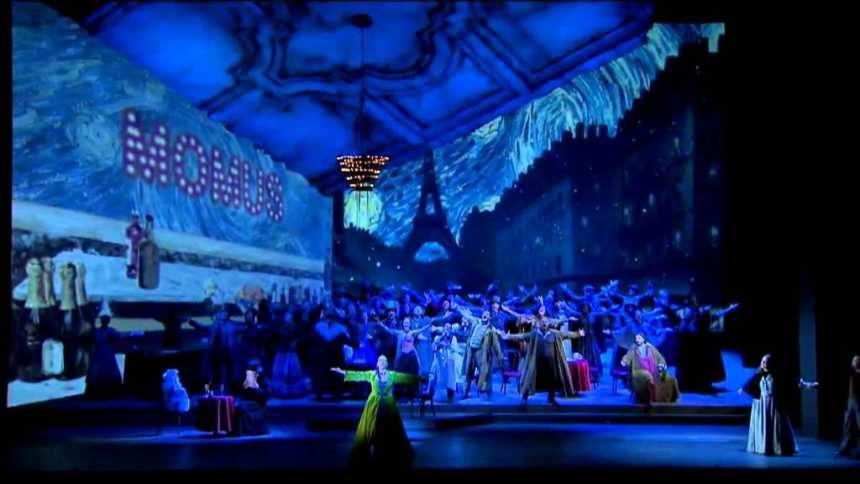 LES ARTS FOR EVERYBODY (STREAMING OPERA)

– Thanks to the collaboration of Unitel, the theatre’s website will allow you to enjoy free recordings such as ‘Turandot’ or ‘El anillo del Nibelungo’.

– Verdi’s ‘Otello’, directed by Zubin Mehta and Gregory Kunde in the title role, opens the Les Arts for everybody

– Thanks to the collaboration of Unitel, the theatre’s website will allow you to enjoy freenline season on Tuesday at 8pm

Valencia (30.03.20). Starting tomorrow, Tuesday the 31st of March, the Palau de les Arts will begin a streaming series featuring the most successful opera productions in the history of the theatre.

Thanks to the collaboration of Unitel GmbH & Co.KG, co-owner of the recordings, Les Arts is offering a free, open opera programme from its website, with some of the most emblematic titles from its video catalogue.

For this online initiative, Les Arts has a varied offer, with proposals with Zubin Mehta on the podium, such as the non-commercial recording of Verdi’s ‘Otello’, the multi-award winning production by La Fura dels Baus of ‘The Ring of the Nibelung’ and the adaptation of ‘Turandot’, by filmmaker Chen Kaige, or ‘La Bohème’ by Riccardo Chailly’s impressionist audiovisuals with musical direction.

Les Arts informs that the titles will be available for viewing at www.lesarts.com for a period of 48 hours from 8 pm on the date assigned for each production.

Verdi’s ‘Otello’ will open the series this Tuesday 31st at 8 pm. With ovations of over 12 minutes, Zubin Mehta directed in June 2013 one of the greatest successes of his time as director of the Festival del Mediterrani and which consolidated the US tenor Gregory Kunde as a reference performer of the Moor of Venice.

The exceptional work of the Cor de la Generalitat and the Orquestra de la Comunitat Valenciana was joined by a cast of leading Verdians, with the Italian soprano Maria Agresta and the baritone from Malaga Carlos Álvarez in the leading role, and the daring staging of Davide Livermore.

On Thursday the 2nd of April, Les Arts will be reviving Puccini’s ‘La Bohème’, which was Riccardo Chailly’s eagerly awaited debut in the Les Arts pit. From 8 pm onwards, users of www.lesarts.com can enjoy the masterful work of the Milanese maestro with the Les Arts line-up.

The Israeli soprano Gal James (Mimi), the Venezuelan tenor Aquiles Machado (Rodolfo) and the Valencian soprano Carmen Romeu (Musetta) are the main performers of this production by Davide Livermore with impressionist audiovisuals to portray the Parisian bohemian lifestyle of the late 19th century.

The first week of streaming opera, Puccini’s ‘Turandot’, closes. It can be followed from the theatre’s website on Saturday the 4th of April, starting at 8 pm.

Zubin Mehta conducts the Cor de la Generalitat and the Orquestra de la Comunitat Valenciana in one of his fetish titles, which Les Arts presented in the monumental production of the Chinese filmmaker Chen Kaige to open its I Festival del Mediterrani.

Maria Guleghina in the role of the icy Princess Turandot, shares the stage with Marco Berti (Calaf) and Alexia Voulgaridou (Liù) in a recording that is already a reference for lovers of Puccini’s repertoire.