You are here: Home  /  Music  /  ‘Les Arts’ inaugurates the 2021-2022 Season with two symphonic concerts in the province of Alicante…
Music 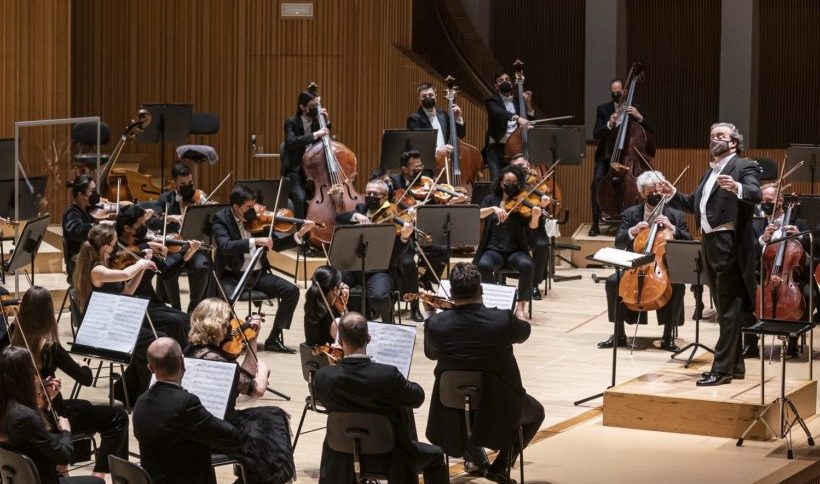 ##’Les Arts’ inaugurates the 2021-2022 Season with two symphonic concerts in the province of Alicante.

València (29.8.21). The Palau de les Arts inaugurates the 2021-2022 Season with two concerts by the Orquestra de la Comunitat Valenciana (OCV) in the province of Alicante conducted by Juanjo Mena.

In this way, the Orquestra will offer a Beethoven monographic at the Auditori Teulada and the Teatro Calderón in Alcoy, the Valencian cultural capital, on September 3rd and 4th, respectively.

The artistic director, Jesús Iglesias Noriega, has stressed the importance of opening the season outside Valencia for a project of regional vocation as Les Arts and committed to developing a backbone programming and for all citizens, beyond the vicinity of the building designed by Calatrava in the city of Valencia.

Juanjo Mena, one of the most renowned Spanish conductors on the international circuit and an accredited expert in the works of Beethoven, proposes for the inauguration of ‘Les Arts és Simfònic’ two essential pieces from his catalog, Symphonies No. 4, conceived for an orchestra of relentless virtuosity, and No. 7, a symphonic cathedral of exuberant sonority.

The programme has been exclusively conceived for these concerts within the commitment to increase the presence of Les Arts in Alicante, as a complement to regional actions developed with Cultura de la Generalitat, such as the tour ‘Les Arts amb Tu’ or the tour of ‘Les Arts Volant’ beyond the province of Valencia.

Les Arts also offers, in collaboration with the Institut Valencià de Cultura in Castelló, a complete artistic offer in the capital of La Plana within the 2021-2022 Season, with concerts by the OCV with Riccardo Minasi, Josep Pons, James Gaffigan and Mark Elder at the Auditori, a performance of the opera ‘Un avvertimento ai gelosi’, by Manuel García, at the Teatro Principal and the recitals of the Centre de Perfeccionament at the Museu de Belles Arts.

Likewise, Les Arts will increase its presence in the province of Castelló, with a regular collaboration with the Auditori de Peñíscola that will begin this season.