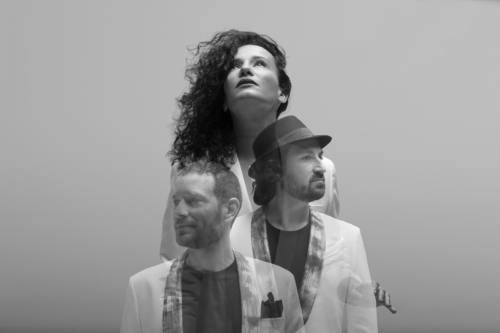 1. Tell us something about your background and musical training

My name is Nesrine Belmokh and I was born and brought up in France. I’ve been playing the cello since I was ten years old and trained as a classical musician, which is how I make my living. But I actually started music playing mandolin and singing in an ‘Arabo -Andalouse’ group, due to my Arabic roots.

2. Describe a typical month as a cellist at the Palau de Les Arts

A month in the Palau de Les Arts in Valencia is divided generally between a period of rehearsals, first the orchestra only and then we join the singers and all the staging process, and a period of performances. We usually play one opera production, plus one symphonic concert a month.

3. Describe your project ‘Nes’ in terms of influences and your vision for the band

NES for me is a real achievement as an artist. The fact that I’m able in the same project to express myself as a singer, a cellist, and composing my own songs (together with Matthieu Saglio) makes it very special.

NES is what I call Ethno Soul & French songs in term of influences. This band is a project that I believe can touch a lot of people, I’d love to take it all around the world!

4. Could you tell us something about the songs that you have recorded on your debut album, ‘NES Ahlam’?

About the songs that we wrote, it does mainly go through feelings, questions and visions of life that are musically inspired by what myself, Matthieu Saglio (superb violoncellist) and David Gadea (excellent percussionist) experience as musicians and people based in Valencia. I write and sing in French, in Arabic (my mum actually wrote me the lyrics of ‘Ahlam’) and in English. These are 3 languages that are part of my musical life and permit me to reflect and show who I am and also to connect with others.

Ahlam: means ‘dream’ in Arabic, we chose to name the album by that song for what the dream represents in our project: somewhere where everything is possible!

You made it hard for me: Oh,man… a lot of people are concerned with the lyrics! 🙂

Houzni: it’s almost an instrumental, I’m using my voice as an instrument, and there is a solo of my electric cello which sounds like a Gambri , which is an ancient arabic bass guitar .

Bye bye: one of our first songs, I love it; it is our sound in a pure way..

Allouane: in Arabic, the Arabic lyrics are written by my mom, she is a poet!

The world is blue: one of our last songs, we recorded it without having played it before; it is the only one on the album that I’m dreaming of having a gospel choir on stage to sing with me at the end!

Le temps: I have this thing with time… thinking all the time of how it works so I had to write a song about it! Sometimes I think I could write an entire album about time…!!

Prière: that’s a duo between a voice and a cello, a prayer to all people’s Gods…to ask them for tenderness.

5. What are your plans for the future?