You are here: Home  /  Editorial  /  Sports  /  VALENCIA FOOTBALL… ANOTHER ONE BITES THE DUST!
Editorial 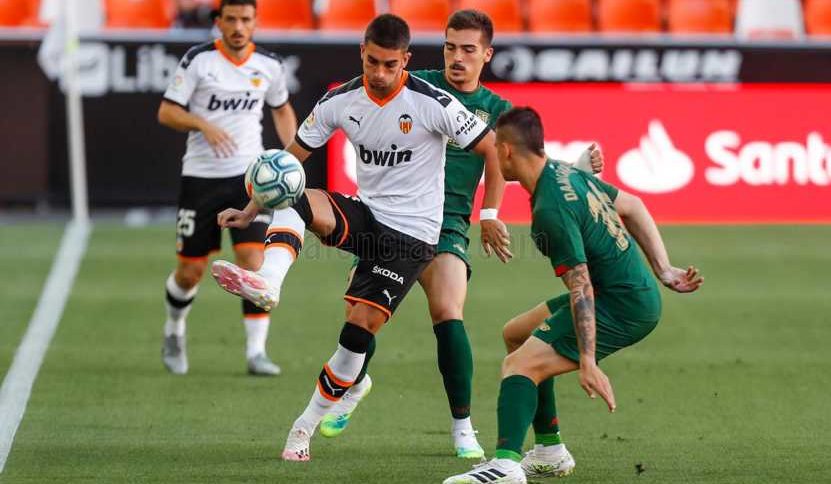 VALENCIA FOOTBALL… ANOTHER ONE BITES THE DUST!

##Valencia have a very unhealthy appetite when it comes to football managers. Since the turn of the century they have, on average, almost gorged their way through at least two head coaches a season.

To make matters worse, the “outcasts” from Valencia have gone on to prove their worth at future clubs. Nuno at Wolves, Unai Emery at Sevilla and Claudio Ranieri at Leicester immediately spring to mind. Koeman and Marcelino were also sacked on the back of Copa del Rey victories as well.

Albert Celades became the latest casualty after a lamentable restart to Valencia´s season, that had seen the team accrue just four points from a possible fifteen. Of more concern was the performances in those matches. The defence looking brittle at best and the forward line shooting blanks, having managed to only score three times since the enforced break.

The first match back was against city rivals Levante and it seemed to have started well enough when Valencia got the initial goal in virtually the final minute of normal time through Rodrigo. However, in the eighth minute of stoppage time, Diakhaby gave away a needless penalty that Melero gleefully accepted… to give Los Granotas a share of the spoils.

From that point onwards, it has been relatively downhill for Los Che. Players have been chastised regularly by the press and in the social media, with the former Lyon defender getting the closest scrutiny and feeling the wrath of most fans, after his clumsy intervention in the derby match cost Los Che two points.

With Real Madrid next on the agenda the team had the ideal opportunity to give the supporters some much needed cheer with an unlikely victory in equally unfamiliar surroundings. The Alfredo di Stéfano stadium, close to Madrid Barajas Airport, is currently being used by “Los Merengues” whilst fans are not allowed to go to matches, but the switch of venue did little to reverse the change of fortunes for the visitors.

An enterprising first half by Valencia was almost rewarded when Rodrigo stroked the ball home, only to be controversially chalked off by the intervening VAR system. Real Madrid took control in the second half and a goal by Marco Asensio was sandwiched between a brace by Benzema. To compound matters, further Kang-In Lee was shown a straight red close to the end after being on the park for only a handful of minutes.

Despite the poor showing, the team amazingly kept within breathing distance of a Champions League spot because results of rival teams like Sevilla and Getafe kept going in Valencia’s favour.

The home victory over Osasuna three days later appeased the worry of the performances somewhat but even that victory did not come without a cost.

A consequence from that game was a bust up between Maxi Gomez and Celades. The Uruguayan forward was initially dropped from the squad to travel to the Basque region to take on Eibar. Peer pressure from the players led to Celades revisiting his initial decision and re-instating the former Celta Vigo star to the team. The striker came on late in the game, in an attempt to get Valencia at least a point out of the contest.

A solitary goal, courtesy of Geoffrey Kondogbia, directing a corner from Pedro Leon into his own net, and another late red card (Mangala) left a bitter feeling for the Valencia faithful, and the coach scratching his head for solutions. Two days after that defeat Celades reportedly offered his resignation, which was quickly rejected by the club’s hierarchy.

During the following match against our “comunidad” neighbours Villarreal, Celades looked a forlorn perplexed figure as, once again, his team failed for the second consecutive game to register a single shot on target.

In fairness, The Yellow Submarine produced one of their best efforts of the campaign and the lethal finishing of Torrente born, and former Valencia favourite, Paco Alcácer for their first goal, and the cushioned pass by Cazorla to put the ball right into the stride of Gerald Moreno for an unstoppable volley for the second, left both sets of supporters in no doubt as to who the best team on the day was.

After this latest calamity in the Estadio de la Cerámica, there was no comeback for the man from Barcelona and within 24 hours of that defeat he was relieved of his duties as the Valencia manager. Another blow came shortly afterwards when the well-respected Cesar Sánchez resigned from his position of Sporting Director, citing differences with Peter Lim’s company Meriton as the reason.

So Valencia reverted back to style, and did what they always do when there is a managerial crisis, appoint Voro on a temporary basis. The loyal backroom staff member seems to be the only name in the ever growing list of managerial appointments to come out of this carnage with his Valencia pedigree intact.

This is the sixth time he has stepped into the breach for an interim period (after Koeman, Nuno, Pako Ayerstarán and Prandelli departed previously) and of the ten games he had officially been in charge in the past he had won seven of them.

Unfortunately, he did not have the ideal start in his first game back in this tenure, with the team losing out to a well drilled Bilbao side that played some neat football.

However, it was two basic fundamental errors that led to the defeat, with horrendous schoolboy defending from Kondogbia and Jaume Costa respectively, giving the Basque side a couple of golden opportunities, that Raul Garcia gratefully accepted in both instances.

Rumours are already swelling in the media as to who will be the next manager to take the poison chalice of trying to re-establish Valencia as one of the top clubs on the European stage. Former coaches Ernesto Valverde and Quique Sanchez Flores, as well as Marco Silva, are being frequently linked with the vacancy, and some reports already suggest that the former Monaco manager Leonardo Jardim has met up with Peter Lim in Singapore about the position.

Until then, Voro has the opportunity to cement his place in Valencian folklore once more, and any qualification into European football for next season, would be a job well done by the man who was born in the city.

Meanwhile, Levante UD have enjoyed a much more relaxing month and have virtually sewn up another campaign in La Liga next season thanks to some positive results, most noticeably with victories in Barcelona against Espanyol, and in La Nucia over a struggling Real Betis side.

Indeed, the way things are going at the moment it could well be the team from the North of the city that finish La Liga in a higher position than their more fashionable counterparts. Levante fans would love that, and a Europa League spot at the expense of Valencia really would be the icing on the cake for Paco López and his squad.