You are here: Home  /  Music  /  VALENCIA MUSIC…’REINA ROJA’ HAVE NEW SINGLE OUT!
Music 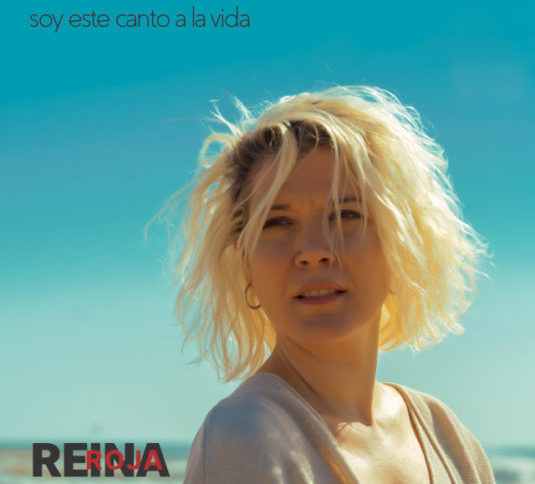 24/7 Valencia 1. Tell us something about your roots and influences…

Reina Roja: We are a mixture of all the music that we have been listening to all of our lives as well as the influences of the musicians that have played with us. If you like what you are listening to, it stays with you and forms a part of what you yourself end up transmitting.

I was born in Marxalenes in Valencia, next to where the legendary singer Conchita Piquer was born and brought up. For that reason, the genre known as copla has always been a part of me and the way i sing. Since I was young, I have always sung songs with my posse like: María de la O, la Zarzamora, Bien Pagá, Ojos Verdes, Tatuaje, Fumando espero…i suppose that many girls of my generation share those musical memories. I send homage to our marvellous grandmothers who left us this wonderful legacy. During my adolescence, I grew up listening to Luz Casal, Celine Dion, Niña Pastori and the Cranberries among others…

2. What is flamenco for you?

Flamenco is a style of music that forms part of our tradition. Flamenco is a tradition charged with emotions and feelings and it is very rich and complex. That its roots have a mixed heritage makes me feel it all the more deeply.

When i submerged myself deeper into flamenco, i went to Granada to study song (cante). It was there that I discovered great women like Paquera de Jerez, Niña de los Peines or contemporaries like Carmen Linares and Remedios Amaya, who I both deeply admire. On this new album we have done a homage to Remedios of the fantastic song “Por nada lloro.” We believe that with a respect and knowledge of flamenco’s traditions, one has to continue mixing and renovating and that is what we have done on this new album.

3. What is a typical month for Reina Roja musically speaking?

In this band, we don’t have typical months. In Reina Roja we work independently, self-financing our projects. It’s a hard path where you learn a lot and enjoy each day to the maximum. The only common experience throughout the whole year are the live shows, but they differ for each situation. For over a year, we have been working on this new album surrounded by great friends like our graphic designer and the artist Ibán Ramón. At the moment we are concentrating on shows to present our new album.

4. Can you tell us something about your album, ‘Sankara’

Sankara is an innovative album where our own compositions have played an important part. 9 of the 11 original tracks are original compositions. On this CD we haven’t wanted to limit ourselves in terms of styles although our latent flamenco & Mediterranean roots are evident. Our natural curiosity has left us open to approaching new challenges regarding different genres of music.

It hasn’t been easy as until now as we chose songs for our repertoire that most attract us from other artists. It’s true that when it has come time to compose our own songs, we have had the interesting challenge of trying to equal them or at least try to.

As well as ‘Sankara’, which is also the name of the album and manifests our vision of Africa on this disc we include songs where we talk about our social commitments, about equality, self-affirmation and love… Some titles include: ‘Desperté’, ‘Ellos y Ellas’ y Me quiero’. Reina Roja collaborates with CIM-Burkina (www.cim-burkina.com, association for the development of women and the education of boys and girls in Burkina Faso.

5. Could you tell us something about your new single?
The new single is called “Soy este canto a la vida”, which has been released ahead of our forthcoming album. The video was shot on the beach of La Patacona (Alboraia) in 2021 by Tono Errando.The song was recorded at Little Canyon Studios (Valencia) by recording engineer Fernando Brunet (E.Morente, Pedro Iturralde, Perico Sambeat…) and mixed by renowned producer Joe Dworniak (Jarabe de Palo, Luz Casal, Radio Futura, Kiko Veneno…) at Riverfish Music (Cornwall).

6. Any plans for the future?
Ha-ha! The immediate future is the presentation of our latest music via concerts in Spain and abroad and we will be continuing to work to find our own space in the world of music. Many thanks for offering this space. Last year we enjoyed many moments together, this one us different for all of us. With the maximum precautions we will soon see each other again. 🙊 🌊

What a night! To a packed audience of Reina Roja fans, friends and family…there were literally no seats left for this special presentation of their new album ‘Sankara.’The evening started with the core trio of Reina Roja entering centre stage, with Rafa on percussion and Juan Carlos Gómez Pastor on Spanish guitar. Not long afterwards, one of the defintive stars of the show, charismatic singer Maria Briones entered to warm applause…symbolically replete with scarf and a Spanish fan to keep the heat away under the hot lights. Reina Roja will never forget their flamenco roots…

The night started off with a tango-influenced ‘Tatuaje’ mariner’s tale whose bereft lover has the name of a lost love tatooed to the chest, searching in vain …from port to port. This set the scene for the night as it is was clear from the off that Maria knows how to deliver a song and transmit its true message. Between songs, she explained the story behind each number…ranging from knowing how to love yourself, those loved ones who have passed away but are always with us, the African revolutionary Sankara, leaving toxic relationships behind, being awake to the world via Marvin Gaye’s timeless lyrics and more.

The warm-hearted Rafa displayed an almost nochalant brilliance with his time-keeping on flamenco cajón and rock drums throughout the concert. It was the sort of assured and effective display worthy of this truly talented percussionist. Juan Carlos Pastor’s flamenco guitar was precise and full of colour and verve. Indeed, the duo made Elton John’s ‘Your Song’ into a highly effective and melodic flamenco masterpiece.

Around the middle of the set, the band were joined by an ace electric guitarist who threw rock’n’roll shapes for the rest of the night as well as some blistering solos that never outstayed their welcome. A really solid 5 string electric bass player pumped up the sound while Rafa moved to drums to keep it all really together. A keyboardist added textures ranging from synth to piano, which gave the band’s set even more scope. Reina Roja were later joined by backing vocalists who also added violin and flute to some of the numbers, which gave the band a classical texture to their original sound.

With the new album their influences are wider than ever with Flamenco, Soul, Tango, Rock, Classical and more. It is no easy feat to pull off such an eclectic show with so many influences and varied musicians coming and going and maintain such a supportive audience throughout. Reina Roja pulled it off and were welcomed back to rapturous applause for the encore, which was their classic interpretation of the Cabo Verde classic ‘Saudade.’ The crowd left for home happy and sated by a long and satisfying set. Good vibes for a Valencian based band that truly deserves its success. Hard work, talent and fearlessness is quite a combination and ‘Reina Roja’ have found the key to their new sound and vision. Until the next time!