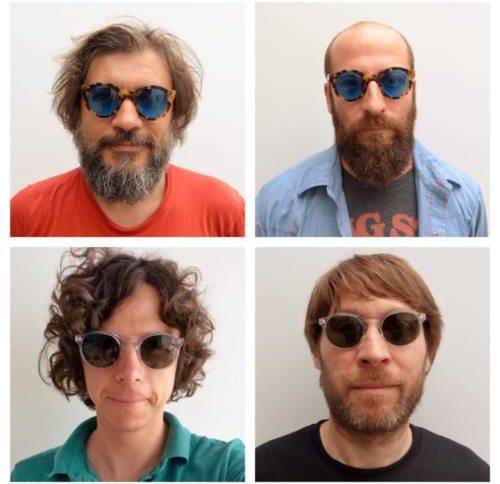 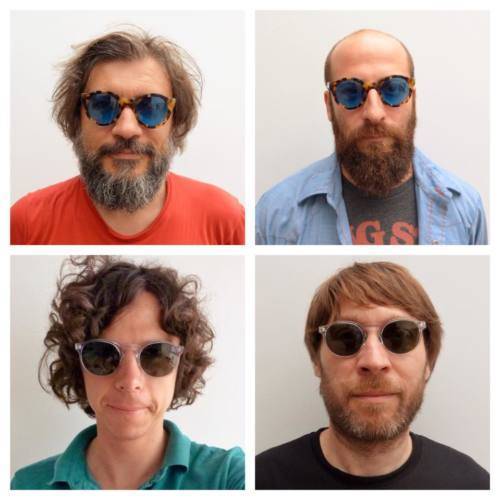 ##There is a corner of Valencia that makes you feel like you are out of the city for a while… the Botanical Gardens of the University of Valencia, which for 5 years now hosts ‘Sons al Botànic’, the quintessential cycle of outdoor acoustic concerts in the Jardi Botanico of Valencia. Six concerts are held from April to September, once a month, always on Friday and at sunset… so the combination of vegetation, dim light and music creates magical moments and a unique, unrepeatable and difficult to forget experience among the attendees.

To celebrate this 5th anniversary, ‘Sons al Botànic’ 2019 features Valencia band ‘Senior i El Cor Brutal’ on September 27 as the final concert of the acoustic cycle. As a parallel activity, we can enjoy the exhibition in one of the rooms of the enclosure with all the posters that have  been published over the last 5 years of concerts. This year, they continue to be sponsored by ‘Cervezas Turia’ and its well-known and refreshing bar where you can also have dinner or snack before and during the entire concert. Important: Smoking is prohibited throughout the premises. The Botanical Garden is a public and conservation space, which we all have to respect.

“Enjoy a touch of Vaudeville & Valencian cabaret at ‘Sons al Botànic’, Senior i El Cor Brutal will offer a unique concert as a duo with Landete on vocals and Endika on  acoustic piano, they will review their 10 years of experience  with a rich songbook of tunes. An old/ new way of interpreting the repertoire of Senior getting to the  brutal core of the marrow, where the songs talk directly to you  the listener and increase an interaction in an intimate and direct way, with a more European sensibility, in the manner of Ute Lemper, Kurt Weill or Edith Piaf.”

Accompanied children under 7 years of age have free entry

1. Could you please tell us who ‘Senior i El Cor Brutal’ are? We are musicians and friends from País Valencià and we live in Valencia. We write, record and play live. We interpret American rock music but sung in valenciano.

2. What is the ‘Valenciana’ sound? It’s a sound with clearly Anglo-Saxon influences but with the distinction of being sung in our language.

3. Could you explain the reference to Lomax on your latest album? Alan Lomax was an American ethnomusicologist who dedicated his time to travelling the world, recording the folk music of each particular land to then take back to the United States. We do the same, but the other way around. We take Anglo-Saxon folkloric music and we transport it to the Mediterranean and make it our own. In both cases the objective is the same, to make local music global.

4. How do you find Valencia as a city to live, work and play regarding music? Well, just as bad as the rest of Spain but on top of that it is a bit worse. There is no music industry here, there are very few venues designed for concerts and culture in general is of concern only for a minority. We hope that the newish local government will be looking to change things for the better.

5. Could you take us through the new tracks of your latest album, Valenciana Vol 1.?

Perdut en el somni. This is a song that relates magnificently to how time cheats us as it passes by and the importance of memories. Most of all, it’s about love.

Cari. The relationship of a couple is based on being together. Getting the other half to pity you is one way of making sure they don’t leave you. That story is told very well here. Sung by Maria Arnal.

El vell i el jove. Getting older and wanting to stay young appeals to the subconscious despite the wear and tear. It’s The Peter Pan complex that all men over thirty still have.

Feliç quan plou. A song that appears to be simple but is actually tremendously complex and excellently written. Cursed love, femme fatale and distortion. By the Jesus and Mary Chain.

La Reina d’Anglaterra. This is a song that i love by a group that i love (Grupo de Expertos Solynieve), it’s based on a private joke that i love too.

Anell de foc. This is a track partly written by June Carter, the wife of Johnny Cash, about how how much he suffered and how difficult and painful it was to love him. It was his biggest hit and he had to sing it all the time: The perfect revenge.

Potser tingues raó. One of the greatest songs about love ever written by The Low Anthem, which talks about its details and the metaphor of shrapnel in the heart. Really wonderful.

Així he arribat a Memphis. There is a refrain in valenciano that says ‘On va la corda va el poal’, meaning they are inseparable. However, the setting here is Tennessee…

Nascut amb un so. I had a sound in my head and i didn’t know how to get it out. Now i know that love is the way to get it all out. By the New Pornographers.

Soledat il•lustrada. Someone, in the middle of the night, can’t sleep because they are thinking of the person they love, the cracks in the walls look like lines of destiny on the palm of their hand. We are all victims of distance.

El cos es trenca / He sentir algú dir. 2 songs by Devendra Bandhart about love and with anti-war sentiments. “No queremos morir” (We don’t want to die) repeated like a mantra.

Listen to the album by Senior i El Cor Brutal on: https://malatestarecords.bandcamp.com/album/valenciana-vol-1