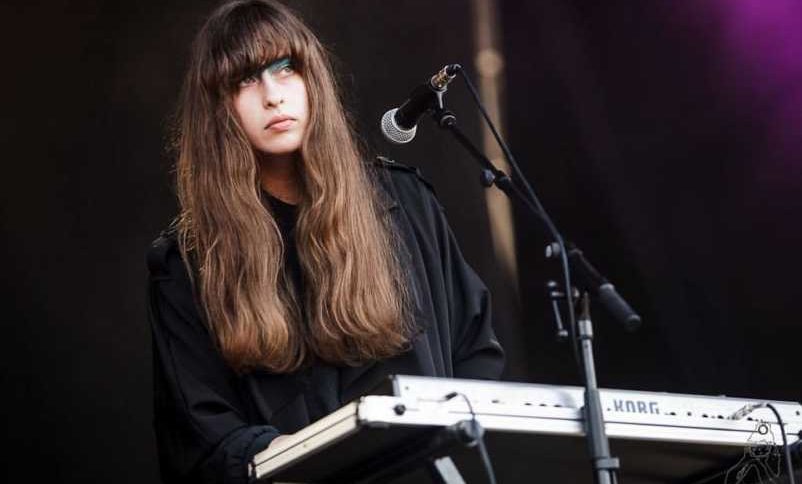 Soledad Vélez is special. She has a unique quality with a memorable chorus, an interesting  turn of phrase, the lilt in her distinctive voice, the implied sense of having lived more than her years. Along with the independent attitude, there’s a touch of Billie Holiday somewhere in the mix.

24/7 VALENCIA: What do you like about living in Valencia?

SOLEDAD VÉLEZ: First of all, it’s my home, it’s where all my friends live and since I came here on my own my friends are my family. Apart from that, the climate, the people, the surrounding mountains, the beach…it has a bit of everything.

Take us through each song of your debut album:

Black light in the forest:  It is the song that opens the album. I am really happy to have it included on the album.

Hug me: This song is inspired by my last relationship, in how much you desire to be hugged when everything around you is falling to pieces.

Unhappy with crown: There was a terrible earthquake in the city where my family is from Concepciòn, Chile. That was the time I was composing the song.

Homeless: I wrote it on the same night my former partner left me for another girl. I don’t think i have ever felt so lonely, it was a really hard night. I had nowhere to go.

Sea man: I was inspired by a friend of mine who lives very far away from here and our friendship. Every time I play it I feel close to him and it is comforting.

Birds: In this song I talk about my grandfather and his final days, he died a few years ago and we heard about his death when we were living in the south of Chile, near an alameda (promenade) of Bandurrias.

Don’t worry babe: It’s about a man whose always telling me that everything is going to be all right, my life is chaotic, it’s really complicated and he makes sure everything is simpler and better.

It wasn’t me: This one was inspired by guilt and how to escape getting into a trance.

Johnnie: I am a big fan of whisky; it’s my favourite drink. Many times when I am home when I get the guitar out to play I start to feel the alcohol running through my veins, so it occurred to me to write a song about it.

He is: It’s a song about hiding things, about dark secrets, haunted pasts.

Angel’s song:  Ángel is one of my best friends, he lives in Berlin and he makes me feel really good.

‘Wild Fishing’: It’s important to note that this is the only song that was done in both countries. The idea of the album was started in Chile and all the months of work were done in Spain.

Wild Fishing was a bit of a crazy time for me in my life but significant too, for that reason it is the title of the album. It was a time when I felt a lot of loneliness; I was suffering a  lot of anxiety and other problems. With time, I learned to see the line that separates madness from reflection and crossed onto the other side & I am better now.

Why did  you  prefer to sing in English on your debut album? I prefer it because I grew up with that sound. All my favourite bands while I was growing up were from North America and England. I’m comfortable with it.

Can you tell us something about your background and musical influences? I’m always listening to so much music and it has always been like that for as long as I can remember. It’s difficult for me to talk specifically about bands or solo artists. I don’t think I have been influenced by any specific artist but I have been inspired by thousands of songs, or seconds of them, that have changed my life in some way.

How do you find Valencia as a place to live and work as a musician? I am very comfortable in Valencia but it is true that the majority of what’s going on in this country tends to be in the capital or Barcelona on a musical level. However, by having my record label in Madrid it helps maintain that connection to the centre of things. The key is to never stop touring.

Can you take us through each track of your album ‘Dance and Hunt’ ?
Jeanette
Jeanette is an emotional state, a broken heart.
Knife
This song is a trance, which evokes a force to remove obstacles with a knife.
Asteroid
It’s a reflection on defeat and how it makes us feel…it’s where rage festers and it is what prepares us for the adversities to come.
Dance and Hunt
It’s a dance of provocation to evoke the other side of who we are.
Nightmare
I reckon that this is my favourite song on the whole album, it is a love song. It’s about loving someone that you cannot abide, it’s a nightmare but you still don’t want to wake up…
You have no choice with me
There’s not much to be said about this, it comes from anger, told in different ways.
Thunderstorm
It’s another song about heartbreak where you say to the other person that one day they will be full of regret because you will never ever return to be by their side.
The Cave
The cave is an emotional state, an interior state of feeling that attracts you and separates you from everything.
Dune
Dune is symbolic of a specific person who was by my side in a difficult moment in my life.

What are your current musical plans?

I have an album out which is in Spanish, so I’m feeling really optimistic! You can listen to my latest album ‘Nuevas Épocas’ on Spotify and on all digital platforms. There are 10 songs. It’s called ‘Nuevas Épocas’ because they are for me, they are always for everyone. I identify it as an emotional state and it is the link between all the songs. The art of the album is super symbolic, the black panther as a totem has many meanings. They say that when you find it, it’s because the panther wanted to find you and that’s how it happened to me. It’s very mystical, it’s the night light and new age too. Stones and shining are also an important component in both the lyrics and the art of the album and their meaning. To do this you have to listen to the songs. Hope you like it! ”

Could you tell us about the singles from the album?

‘Flecha’ is a song that goes on about romantic love and friendship. I really liked doing this song, because I think that in general it is something that usually happens to all of us at some time or several moments of our lives.

‘Pa’ Siempre’ talks about when the heart is broken by distance and about healing. I like it because it is very shamanic, and I also refer to my land of Chile via the Andes mountains as a natural power source for healing.