You are here: Home  /  Sports  /  SUMA League: And the winners are…
Sports 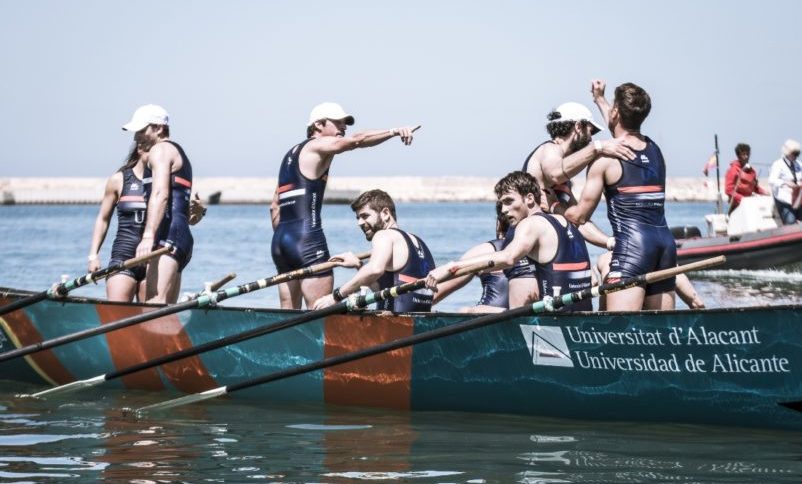 SUMA League: And the winners are…

On Sunday 1st May, the eleventh and final regatta of the 2021-2022 season was held at the Real Club Náutico Denia. Tensions mounted high, as nearly 600 sportspeople came together to mark the end of a long stream of regattas. So, in this final battle, who were crowned our winners?

We can now confirm the decisive outcomes of this regional rowing competition. Ready, set, go!

The regatta kicked off at 09:00 with 27 boats in the veterans category, which is the busiest part of the day. Although Real Club Regatas Alicante achieved the first position in this race, Club Rem Denia were able to seize the title of victors in this category. Having previously been tied with Real Club Náutico Denia, they accumulated enough points to achieve success.

Next, we have the cadet’s women’s teams, with Club Náutico Santa Pola being the first to cross the finishing line. Resultantly, they were crowned victors of the category, beating Club Náutico Calpe to the title. Club Remo Torrevieja won the male’s equivalent race – however, Real Club Regatas Alicante were found to be the overall winners. Like the veterans, the cadet participants were required to complete a course of 700 metres and overcome a tack.

The Promotion Category and SCM Promotion (made up of people who have overcome breast cancer) had representatives from Club Náutico Benidorm and another of Real Club Náutico Valencia.

Finally, in the last battle of the day comes the absolute category of the SUMA Fixed Bench League. A tight fight ensued between Real Club Náutico Valencia and Secció

Esportiva Universitat d’Alacant. Secció Esportiva Universitat d’Alacant finished in first position just eight seconds before their main rival for the title – having overcoming the intense pressures of the day, they have been crowned our overall champion of the men’s absolute category. Real Club Náutico Valencia takes the silver, whilst Real Club Náutico Denia takes the bronze.